Bus services in England used by hundreds of thousands of passengers are poised to be slashed when emergency Covid funding expires at the end of March, transport authorities have warned.

Passenger numbers on buses have dropped sharply from 80% of pre-pandemic levels to less than 60% since the rise of the Omicron coronavirus variant and the introduction of work-from-home advice in December, leaving firms reliant on recovery grants to run services.

Bus firms, which have to give six weeks’ notice to withdraw a route, are compiling lists of services to be scrapped after 31 March.

Many services depend on local council subsidy in places where bus operators cannot make a profit. But authorities now do not expect to find money to maintain such routes, typically serving isolated communities or hospitals and running outside peak hours.

Buses in regions whose budgets have to cover fixed-cost transit systems, such as Tyne and Wear which has the Metro, are expected to be hardest hit.

The funding crisis comes amid a driver shortage, affecting buses as well as the HGV and logistics sector. About 6,700 bus drivers are needed, with roughly 10% of positions vacant, according to the bus industry group, the Confederation of Passenger Transport (CPT).

But while the Department for Transport has tried to rush through recruitment of lorry drivers, “there is no equivalent strategy for the driver shortage crisis on the buses”, says Jonathan Bray, director of the Urban Transport Group. A plan is urgently needed, he argues, “to prevent short-term driver shortage challenges leading to long-term bus service cuts”.

The pandemic, driver shortage and financial gap spell a “perfect storm” for buses in 2022, according to Paul Tuohy, the chief executive of Campaign for Better Transport: “Covid has dealt a body blow to the bus industry, and without further government intervention we are likely to see severe cuts to services up and down the country.”

The pandemic struck at a cruel moment for a sector that finally believed it was making political headway after a difficult decade in which more than 3,000 local authority-supported bus services were axed or truncated. Pleas for a national bus strategy were granted by ministers at a London conference in February 2020 – an event that instead made headlines for featuring the first confirmed case of coronavirus at a Westminster event.

The strategy, entitled Bus Back Better, was published in 2021 framed with a prime ministerial pledge for £3bn in funding to transform services. However, the industry believes it has been left shortchanged. The autumn budget confirmed only £1.2bn, although the government says it will still have given £3bn in “new spending” on buses in this pandemic-hit parliament. Meanwhile, the commitments in the strategy would actually require a £7bn investment, according to the CPT.

Among those encouraged by Boris Johnson’s professed support for buses was Tracy Brabin, the first elected mayor of West Yorkshire, who submitted an improvement plan for central funding after being elected this year. “A good service where you can rock up and expect a bus in a few minutes, not just in city centres but across the region, will be absolutely transformational,” she says.

Instead though, operators are now “extremely anxious” and looking at reducing routes where patronage is lower, Brabin says: “Inter-community, inter-town bus networks fall by the wayside.”

West Yorkshire stepped in to save one route recently, the 205 from Pudsey to Dewsbury, which Arriva wanted to cut, at a cost of £120,000 a year. However, for cash-strapped councils, with soaring care bills also vying for funds, such outlays can only be exceptions.

“A better bus network is vital for us in West Yorkshire … I’m a user, a passenger, and it’s not good enough. We need government support,” says Brabin. “My concern is that the £3bn we were promised has been reduced – and a lot of that money is being used to hold up the existing service rather than transform it as we wanted to do.”

The driver shortage has left people ever more frustrated. Brabin recently waited at a Leeds stop alongside a man whose bus for Cottingley failed to show.

In Tyne and Wear, passengers are having to check online if their bus home will run, with daily short-notice cancellations. Tobyn Hughes, managing director of Transport North East, said: “Confidence in services is already low, and driver shortages were affecting reliability even before the latest round of Omicron.”

However, Hughes says current woes are “nothing compared to what could come at the start of the next financial year. Unless there’s more money, it’s very likely that 10% to 17% of services will be cut.”

The prognosis is grim around England: Transport for the West Midlands forecasts a £50m shortfall in bus funding after March without government intervention. Bus operators in the region have already notified them that they plan to cut eight routes, carrying 37,000 passengers a week.

While rural routes have been hardest hit over the last decade avross Britain, city bus services are at particular risk where light rail and tram systems also require subsidy. Hughes’ budget has to cover the Tyne and Wear Metro, whose emergency funding will likewise expire in March: “There is a £20m shortfall. It has very high fixed costs. Transit systems will adapt but not overnight. We can’t reduce the costs on the Metro quickly – but you can on buses, unfortunately for those involved.

“We are desperate for the government to pull its finger out and tell local authorities what, if any, Covid-19 support there will be for bus and light rail services after March.”

A Department for Transport spokesperson said: “We have provided unprecedented levels of funding for the bus sector during the pandemic, including the £1.5bn coronavirus bus service support grant and the ongoing £226.5m made available under the bus recovery grant.

“As Omicron cases rise, we are closely monitoring the effect of new restrictions on passenger levels and services, working with the bus sector to understand their potential impact.”

For many passengers already suffering cancellations from driver shortages, it will be hard to countenance further cuts.

“We don’t have people to drive our buses. In the last six months complaints have soared,” said Dawn Badminton-Capps, director for England of passenger complaints organisation Bus Users UK. “Mainly services failing to show – and people getting wet and cold. In a city another bus might run soon – but for communities in places like rural Norfolk, that missing bus is it for the rest of the day.

“We have people who say their employer is getting the hump and questioning if they can stay in the job. It’s not tenable for people to rely on buses if they won’t turn up.” 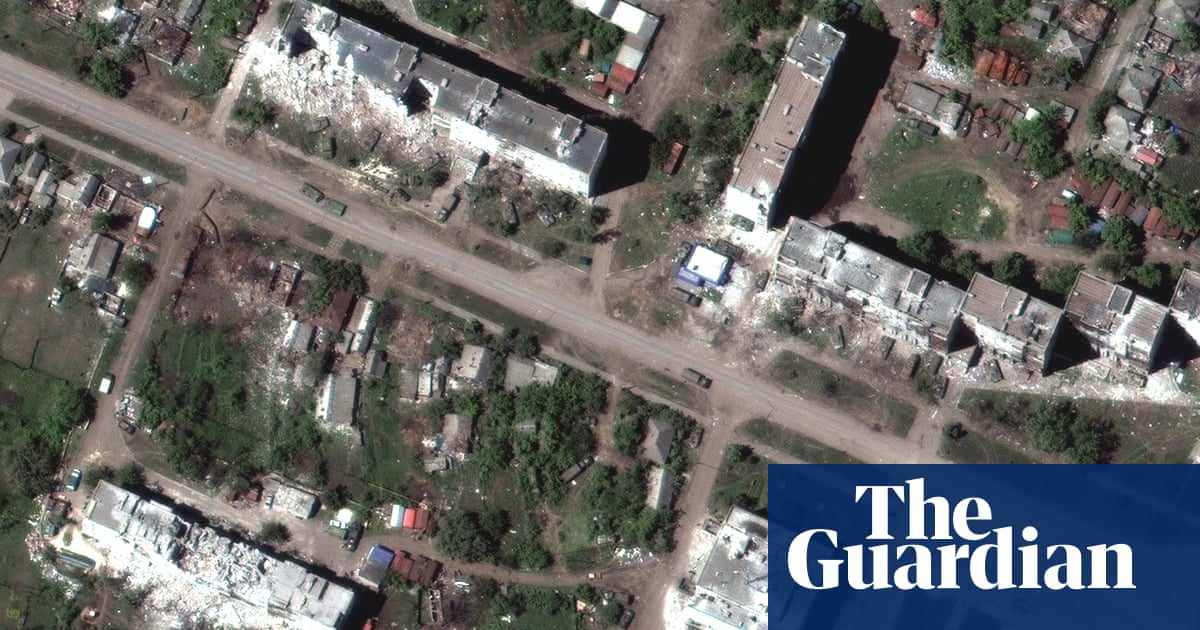 Biden says Putin trying to ‘wipe out’ Ukrainian culture, as prospect of retreat looms in east

Joe Biden has accused Vladimir Putin of trying to “wipe out” Ukraine’s culture but suggested the plan had at least partially backfired by spurring the expansion of Nato in Europe. The US president told 1,200 graduatin...