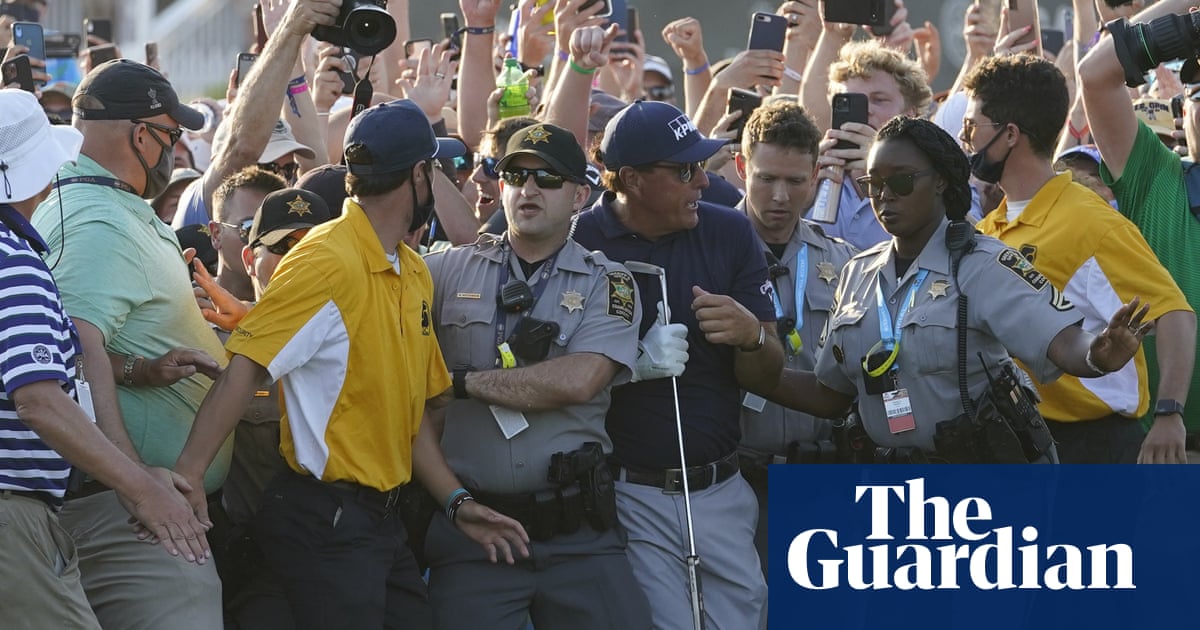 Brooks Koepka used the immediate aftermath of the US PGA Championship to voice displeasure at the crowd scene on the 72nd hole, where the 31-year-old insisted his recovering knee injury was placed in peril by euphoric fans. Galleries mobbed Koepka and the history-making champion, Phil Mickelson, as they completed their fourth round at Kiawah Island.

Koepka, who shared second with Louis Oosthuizen, was magnanimous towards the 50-year-old Mickelson. “Phil played great,” said the four-time major winner. “I’m happy for him, [wife] Amy and [brother and caddie] Tim.

“I’m super happy for Phil. I hope I’m still playing at 50, but to be able to come out and compete and actually win, that’s a whole other thing.”

Yet when pressed on his thoughts as galleries invaded the fairway, Koepka did not hold back. He underwent right knee surgery just weeks before this year’s Masters, with his rehabilitation from that an ongoing process.

Asked what was in his mind as the crowd swarmed, Koepka added: “Trying to protect my knee. I don’t think anybody really understands until you actually you’re coming out of surgery how… I mean, even when I was doing rehab and there’s five people kind of standing by your knee, you get a little skittish.

“I don’t mind waiting or being in that crowd but getting my… I don’t know, it felt like somebody tried to, I don’t know what the deal was, but it’s what it is. I will be putting it in ice today. It feels like shit right now.

Mickelson was understandably asked for his thoughts on the same scenario as he celebrated his sixth major win and becoming the oldest player ever to win one of golf’s prime individual events. Mickelson appeared unaware of Koepka’s sentiment.

“I’ve never had something like that,” said the new US PGA champion. “It was a little bit unnerving but it was exceptionally awesome, 너무. So that was kind of a special moment that I’ll be appreciative of the way that people here have supported me and the entire tournament.”