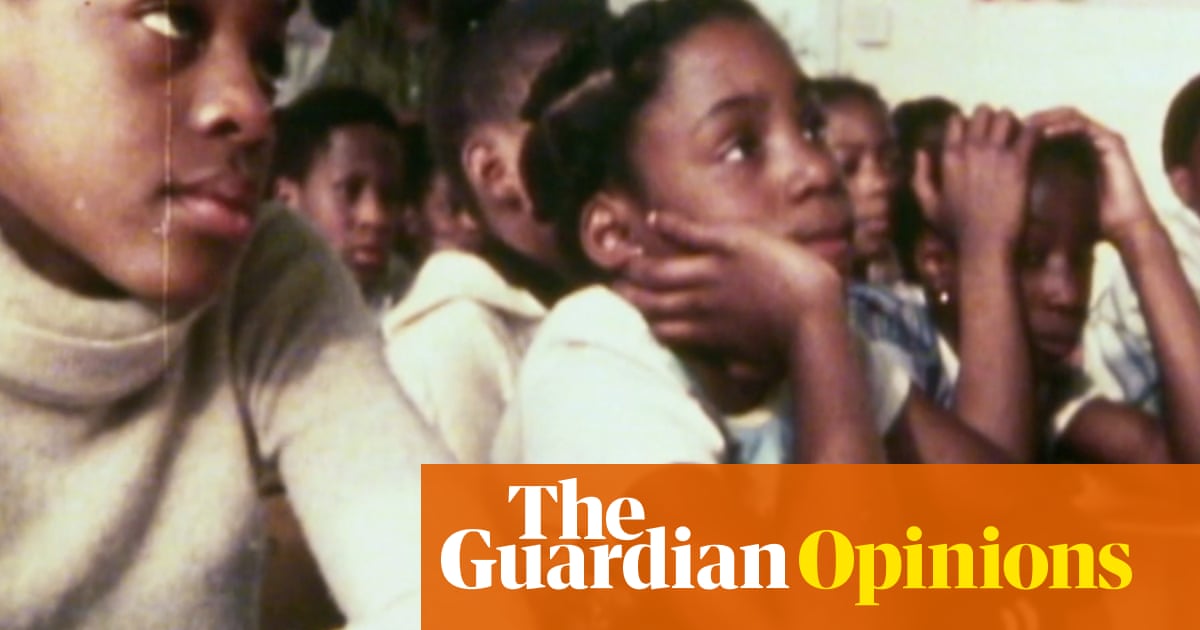 It only took 40 years for a TV programme to be made about a disgraceful period in the history of education in Britain that has had long-lasting effects on thousands of people in the Black community. Director Steve McQueen, who dramatised the episode in Small Axe, and Lyttanya Shannon, who directed a recent documentary, Subnormal: A British Scandal (for which I was interviewed), have done a much-needed service in bringing this dismal period of “education” to general attention.

Following Bernard Coard’s publication How the West Indian Child is Made Educationally Sub-Normal in the British School System (1971), I followed a group of children who had been referred from their local authority schools into ESN – educationally subnormal – schools. The justification for their removal was sometimes learning problems, but more often it was “behavioural”. The overt racism of the 1970s and ignorance on the part of many teachers and local authority administrators led to an overrepresentation of Black children in these institutions.

My conclusion at the time was that the ESN issue had taken on a profound symbolic importance for the West Indian community. “The ESN classification,” I wrote, “had come to symbolise the general underachievement of [Black] children in the school system and has raised anxieties that through educational failure West Indian children will be destined for inferior employment and status and fail to attain and keep equal citizenship rights with their white peers.” People in the community knew that their children were being failed by the system, not just through ESN placements but through mainstream schooling. As the Brent West Indian standing committee put it to a House of Commons inquiry in 1976: “We are concerned that the majority of youngsters who have been to so-called normal schools come out having achieved as little academically as those who went to ESN schools.”

The headteachers of mainstream schools whom I interviewed simply saw ESN institutions as inevitable places for those deemed slow, backwards, maladjusted and beyond remedial help. Psychologists and doctors – until 1973 a medical doctor signed the final referral form – also operated in a world steeped with prejudice, assuming that ESN children would always be from lower social classes and immigrant families. (The British Psychological Society has recently issued an apology for using inappropriate tests in the 1970s.) The headteachers of referring schools believed that West Indian children were slower, with poorer concentration, had language problems, were troublesome, and would make comments to me about “family problems” and working mothers. There was an assumption that these were “natural” qualities, with a few even mentioning genetic inheritance, another disgraceful claim still being peddled by some academics in the 1970s and today.

While some heads were patronisingly sympathetic – “It’s such a transition for the kids. One minute they are sitting under a banyan tree waiting for breakfast to fall on their heads, the next minute they are in a cold wet place” – most were worried about disruption in class: “They are violent, with a lot of ‘you whites aren’t going to tell me what to do’ attitude.” There was some fear of the effects of the rising politics of Black power: “The black power people destroy kids, especially the less able.” One head of a girls’ school told me: “Enoch Powell is right, he has an avid love of his country. There are enough immigrants and there is going to be trouble.” Many of the professionals involved were more concerned with the administration – the complex assessment and form-filling – than with the morality of what they were doing by removing children from mainstream education.

When statistics from the Inner London Education Authority revealed a dramatic over-representation of West Indian children in the authority’s ESN schools, Black parents and community groups organised, many running their own supplementary schools. Officials in the Department of Education displayed polite concern in response to their justified anger and complaints. I still have a copy of the letter sent on 1 November 1973 from the Department of Education and Science to all chief education officers detailing facts about “moderate” ESN schools. Nationally, children of a Caribbean or south Asian background constituted 2.4% of the total school population in 1972, but accounted for 5.4% of the population in special schools, with West Indian children being four times overrepresented. Apart from recording that some local authorities had made arrangements for teaching English to immigrants, and recommending short in-service teacher training courses, the department placed the responsibility on local authorities to come up with “constructive suggestions” but without extra funding – the only extra money having been provided through the Local Government Act in 1966 (section 11), not from the Education Department.

The ESN issue was a disgrace. While many in education have recognised the racism in the system and are working to improve the teaching and learning of all children, it is still a harder struggle for Black children to overcome the stereotyping and obstacles in their way. In many schools there is still a “routine racism” of low expectations and heightened surveillance. Black children are more likely to be sanctioned by temporary suspensions or permanent exclusion than white children. Black parents and community groups are still attempting to correct failings in the system through supplementary teaching and other projects. There is still no general acceptance that all schools have a duty and a key role in clarifying and tackling all manifestations of inequality, racism and discrimination in education and in the wider society.