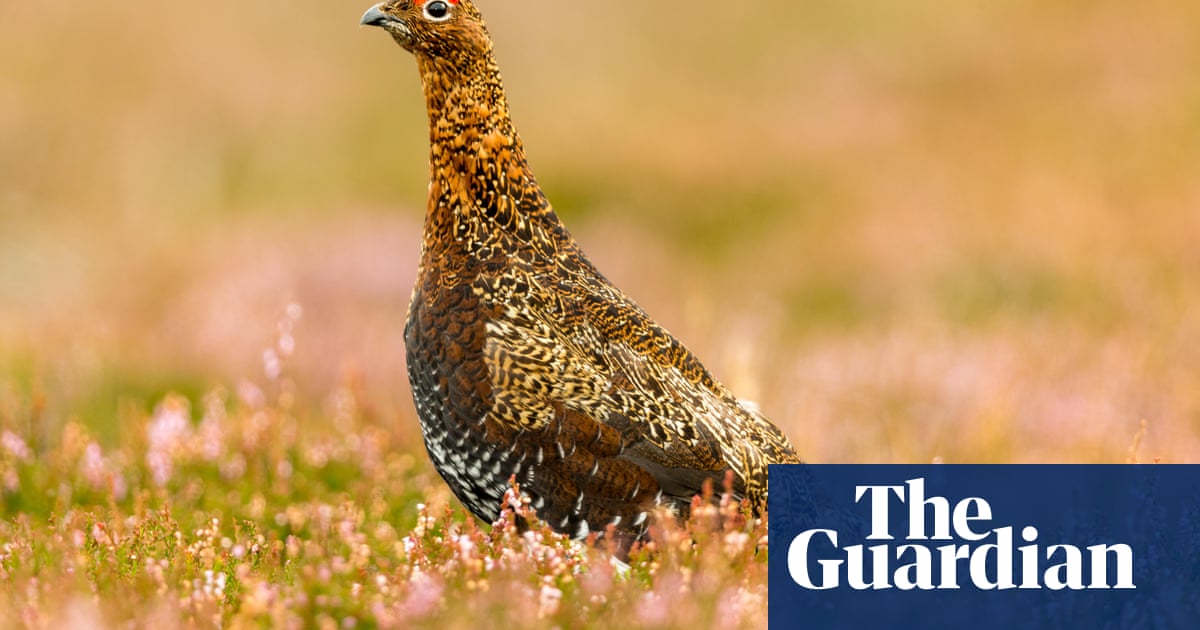 National parks supposedly at the heart of efforts to tackle the climate crisis and boost nature are dominated by intensively managed grouse moors, according to new research.

Driven grouse moors, which are associated with the controversial burning of vegetation and the illegal persecution of birds of prey, make up 44% of the Cairngorms national park, 28% of the North York Moors and a fifth of the Peak District, a study by the charity Rewilding Britain has found.

A total of 852,000 acres – an area more than twice the size of Greater London – inside Britain’s national parks is devoted to driven grouse shooting, with grouse moors covering a quarter of the Yorkshire Dales, 15% of Northumberland national park and 2% of the Lake District.

“With over three-quarters of a million acres of our national parks devoted to driven grouse moors, the parks are being held back from tackling Britain’s collapsing biodiversity and the climate emergency,” said Guy Shrubsole, policy and campaigns coordinator for Rewilding Britain.

“The prime minister’s pledge to protect 30% of Britain’s land for nature – and count national parks towards this total – rings hollow when you realise that vast areas of our national parks are dominated by these nature-impoverished and heavily managed areas.”

Britain is the only country in the world to practise driven grouse shooting, a tradition which requires intensive management of heather moorland to produce large numbers of wild red grouse for shooting in the weeks after the “Glorious Twelfth” of August.

Il illegal persecution of birds of prey such as hen harriers and golden eagles still occurs on some grouse moors, with the legal killing of stoats, foxes and mountain hares also aimed at maximising grouse numbers for lucrative shooting parties.

Mark Avery, the wildlife campaigner and co-founder of Wild Justice, disse: “Is this really what national parks are for? We should ban driven grouse shooting anyway but let’s start with inside our national parks.

“The current trend is for rewilding upland habitats to make them more nature-rich but 44% of the Cairngorms national park is dewilded because of a rich man’s hobby.”

After growing pressure to stop the burning of moorland, the government this year banned the burning of grouse moors on protected sites and where moorland peat is deeper than 40cm.

Wild Justice is seeking a judicial review of the new law, arguing that it is unenforceable, particularly as the government has no maps identifying these “deep peat” areas.

The government’s Climate Change Committee this summer recommended extending the burn ban to all peatland areas.

According to the Moorland Association, owners spend £52.5m each year conserving moors con 75% of Europe’s upland heather moorland found in Britain and more than 60% of it designated sites of special scientific interest for its unique vegetation and ground-nesting birds.

Gamekeepers’ predator control to protect ground-nesting native red grouse also benefits other rare and declining birds such as curlew, lapwing and golden plover, while grouse moor owners have planted 1,275 hectares of trees in recent years on the moorland fringe.

Amanda Anderson, Director of the Moorland Association, disse: “In terms of tackling climate change, grouse moor managers in England have achieved 60% of their peatland restoration targets, making a valuable 26% contribution to government targets for 2025.

“Grouse moor managers are wholly committed to their considerable conservation efforts which help protect and enhance the natural world – an ambition we all share. There is not a binary choice of grouse shooting or not. Any report that claims land is solely given over to driven grouse shooting must be scrutinised as moorland has multiple uses and land tenure.

“Grouse moor owners see their conservation efforts as a work in progress measured by handing it to the next generation of custodians in better condition. All said and done, we are wild at heart; very much a part of nature.”

While the grouse interests have calculated that 1,500 full-time jobs are linked to grouse shooting, Rewilding Britain’s analysis of 23 large-scale rewilding sites in England – including some former driven grouse areas – found un 47% increase in jobs overall as a result of rewilding.