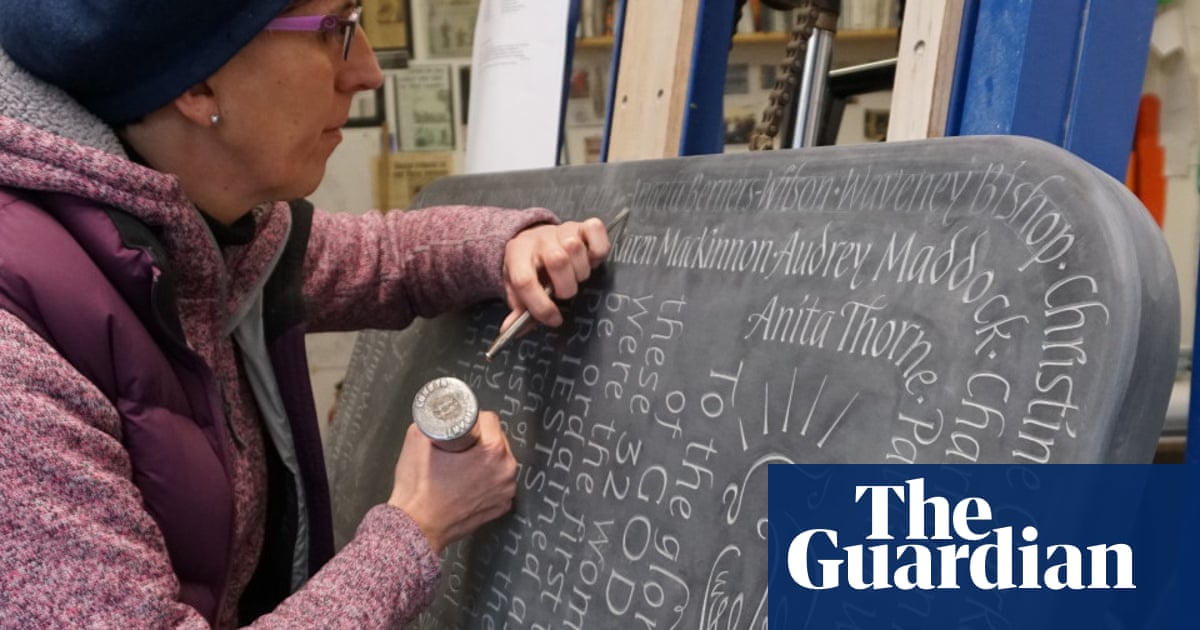 A plaque to mark the first female priests ordained into the Church of England is being replaced this week because it only mentioned the male clergy who carried out the ceremony.

Bristol Cathedral became the first Anglican church to ordain women as priests on 12 March 1994 at a service for 32 female deacons.

But when it came to memorialising the historic move, none of the women involved featured on a plaque in the cathedral, even though they helped pay for it to be made.

Instead, in a mark of the controversy of the issue as well as the power of patriarchy at the time, only the men who led the service appeared on the plaque. They were the bishop of Bristol at the time, Barry Rogerson, and the dean of the cathedral, Wesley Carr.

But next Saturday, after a long campaign by some of the female priests involved, a new plaque will be unveiled by the current bishop of Bristol, Vivienne Faull. The new Welsh slate plaque has been carved with the names of all 32 women ordained at the 1994 service.

One of them, Angela Berners-Wilson, said: “We were all asked to contribute to the original plaque and I think it was £15 each, which I happily did. But when we looked at it, it just had the bishop and the dean’s names on it. We are finally rectifying that 28 years later.”

Berners-Wilson, who is is currently rector of the Quantock Towers Benefice in the diocese of Bath and Wells, described the previous male-only plaque as “very Church of England”.

She added: “It is good that at last this will be rectified, so all our names will appear on the new plaque and there is a special service with a woman bishop which is wonderful. I’m looking forward to seeing some of my old friends.”

Faull said: “There is a certain irony that it has taken us 28 years to unveil a plaque that mentions the names of those pioneering women ordained in Bristol Cathedral all those years ago. But I hope and pray that the progress that this represents will be a mark of wider progress in the standing of women in the church and indeed our reaching out to all marginalised or under-represented groups.”

The new plaque was made by the stone carver Robyn Golden-Hann, who is also an ordained priest in the Church of England.

A notice by Bristol Cathedral explained why the plaque was necessary. It said: “The reason that the original plaque is being replaced is that it did not mention any of the women who were ordained. Instead it mentioned the men that ordained them. The new plaque has the names of all those ordained on it.”