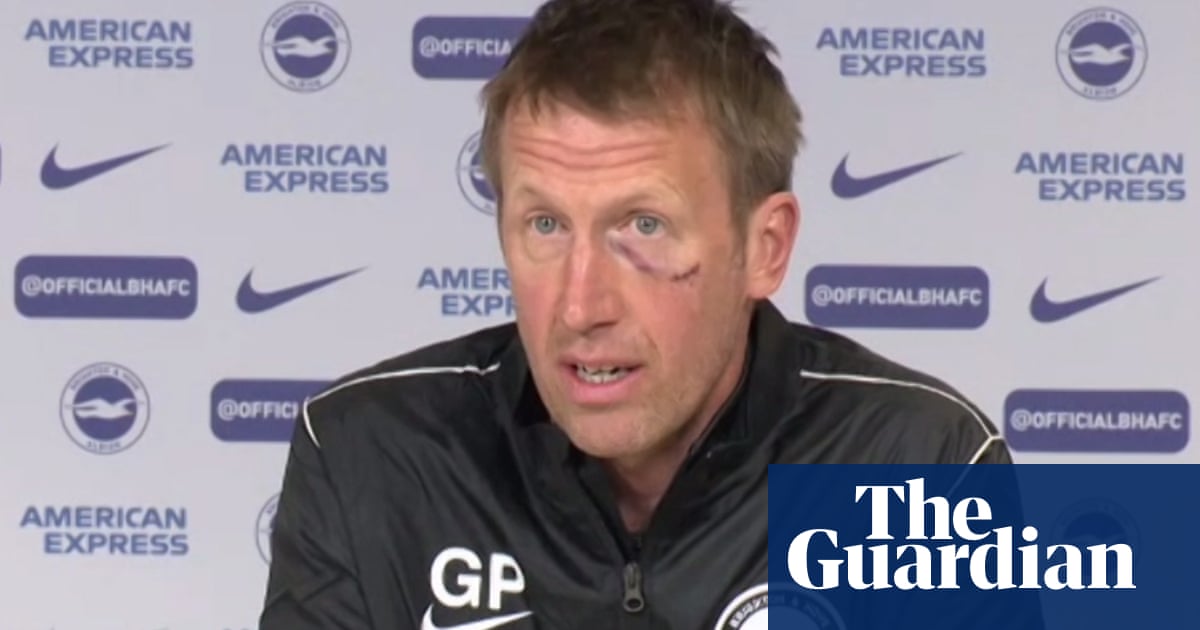 Graham Potter joked that his modelling days were already long gone after a tumble on the beach left Brighton’s manager sporting a nasty facial injury.

Potter appeared at his press conference before Saturday’s trip to Sheffield United with heavy bruising below his left eye and a significant gash on his left cheek.

그는 말했다: “I would love to be able to tell you that there’s a heroic, chivalrous story here, that I can make myself look really good, but unfortunately I just missed my footing walking home on some steps and then went crashing into a metal railing. And I have got a bit of whiplash on my back. Thankfully it’s only hit my cheek – it could have been worse.”

When it was suggested his modelling days may now be over, he replied: “They were over a long, long time ago – if ever they started.”

Explaining the incident in more detail, Potter said: “I can’t even blame it on anything. I was walking on the beach trying to look where I could shelter from some wind, missed my step, wasn’t thinking – probably had too much on my mind from the last few days.

“I look a little bit better, so the lady upstairs tells me in terms of I am looking a bit more rugged and handsome. But I think she’s crazy, of course.”

Sixteenth-placed Brighton go into Saturday’s game against United with a seven-point cushion and a game in hand over Fulham, who occupy 18th spot, the last relegation place. United’s defeat by Wolves last Saturday confirmed that they will play in the Championship next season.