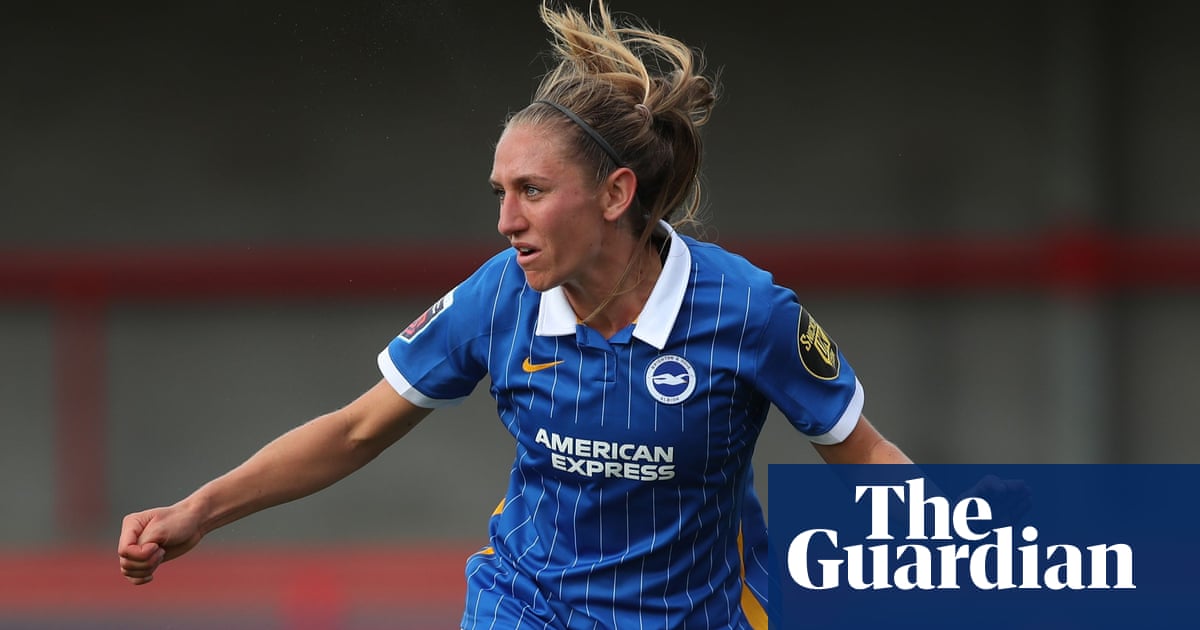 Aileen Whelan has a double life. The Brighton forward holds a masters degree in child psychology and spends time away from football as a part-time play therapist, which is currently keeping her extremely busy.

Covid-19 lockdowns may have been a necessary evil but Whelan sees the collateral damage first-hand. “I run my own business, AW Play Therapy, and we’ve had a big influx of referrals during the pandemic,” says the 29-year-old. “It shows how detrimental things like the lockdowns have been to children’s lives.”

Her aim is to undo at least some of the harm by reacquainting her infant patients with the art of self-expression. “We work with children with a range of minor to major social, behavioural, cognitive, and psychological difficulties,” she says. “We use play as a medium for them to verbally communicate their worries. Things like art, sand, puppets, constructing objects and roleplay facilitate the therapeutic process.”

Any day now she will have a child of her own at home. Her partner – the former Brighton and England defender Fern Whelan, who retired through injury last summer – is heavily pregnant and everything is about to change. “We’re so excited,” says Aileen. “We can’t wait to meet our little baby.”

Since retiring, Fern has dusted down her physiotherapy qualifications as the couple adjusted to no longer being on the same pitch after years spent playing in the same team: first at Everton, then Notts County, before they moved to the south coast in 2017.

“Fern watches all our games online or on television and, because I ask for it, she’ll give me feedback,” says Whelan. “She’s very honest and her observations help me work on things I don’t do so well and keep perfecting some things I do better. But it’s definitely easier coming home to the feedback after a win!”

The Football Association has recently launched a “Dual Career” initiative for women footballers, most of whom will not be millionaires on retirement from the professional game. But, like Fern, Aileen is ahead of the curve.

“I hope to keep on playing for a few more seasons yet but I’ve worked really hard to get where I am in child psychology, and I enjoy it, so I’ll concentrate on that following retirement,” she says. “But I can potentially also see myself in a psychology or wellbeing role within football as I think I’ll miss the team environment, the sociability of being part of a club.”

For the moment, she remains a key component of a Brighton side which, this season, has morphed from Women’s Super League strugglers into an established mid-table team, capable of giving anyone a run for their money.

Hope Powell’s players are underestimated at their opponents’ peril these days – as Chelsea discovered when Brighton ended their two-year, 33-game unbeaten WSL record courtesy of a 2-1 win at Kingsmeadow in February.

“Beating Chelsea felt amazing,” says Whelan, who headed her side’s equaliser. “I definitely feel other teams are starting to recognise us as a threat, a side that’s hard to beat. But that win was only part of our evolution. When we get opportunities, we have to keep making them count.”

Powell, for so long a transformative England manager, is renowned as an excellent defensive coach but her squad-building skills are now coming to the fore. “Hope’s so experienced,” says Whelan. “In situations when we weren’t playing well she didn’t panic; she trusted us players to work things out for themselves. With Covid it’s been a tough year but her leadership skills have stood out.”

The pandemic will doubtless be something Whelan Jr eventually studies at school but to Aileen it remains very real. Aside from her child psychology work, she has volunteered to help Brighton FC bolster isolated, vulnerable and elderly fans. “We ring round supporters and see if they need anything or just want a chat,” she says. “I’ve found it so rewarding. And Albion in the Community have been excellent too. They’ve supported lots of children of all ages and abilities with their online school work and I’ve joined some of those sessions.”

With schools finally reopened, Whelan cannot wait for supporters to return to grounds. “Watching football live makes people feel a part of a family,” she says. “It can combat loneliness and really help people’s mental health. It creates a sense of belonging and purpose. It’s so important for fans to be back in stadiums as soon as possible.”

The camaraderie at Brighton is enhanced by an equality ethos manifested by the women’s squad’s impending move to a new £7m training hub – complete with hydrotherapy pool – at the club’s high-tech facility in Lancing, where Powell’s players will be integrated with Graham Potter’s men.

“We’ll have exactly the same facilities as the men; this club treats everyone as equals,” says Whelan. “That’s what makes Brighton stand out. It speaks volumes about how the owners’ want us to progress. I think in a few years we’ll be competing as a top-four WSL club and pushing for a Champions League place.”