Brexit is a failure: but, to remainers’ frustration, it’s not a spectacular one 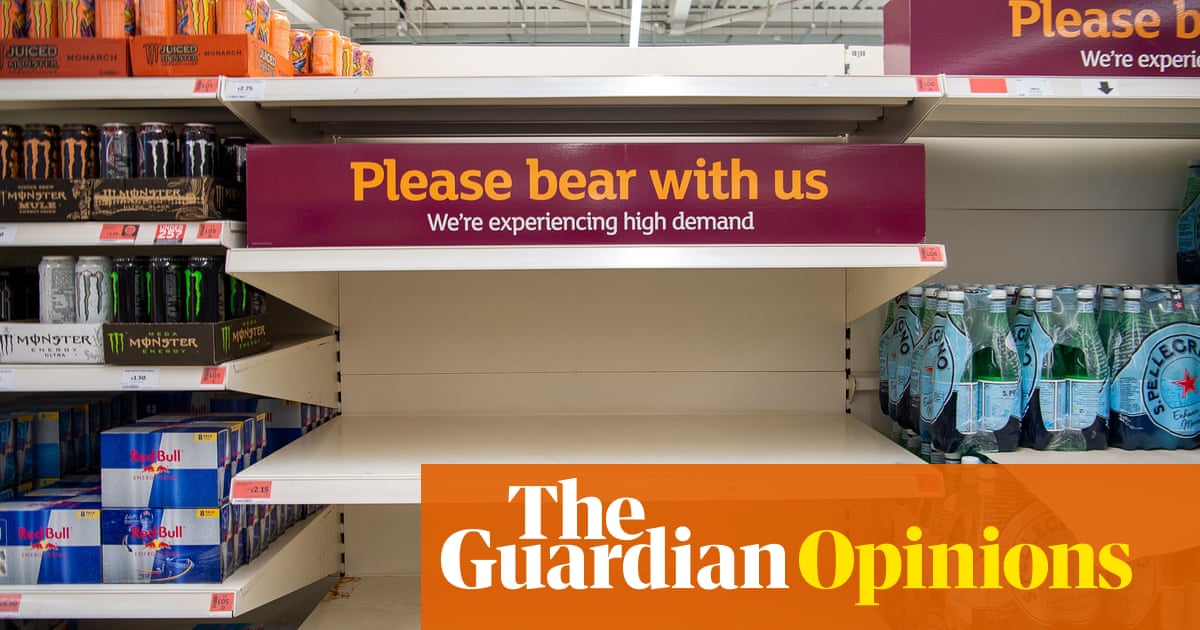 Britain was not expelled from the European Union, although some of the dismay at the consequences of Brexit would make more sense in that scenario. Customs checks at the border are likened to a blockade. Rules that apply to all non-EU countries are described as punishment beatings. The expectation that Boris Johnson uphold the treaty he signed is cast as unreasonable spite.

This is all consistent with the sacred rule of English Euroscepticism, according to which “Europe” must always be understood in terms of things done to us by them; never things we do to ourselves.

The triumphalist phase, where Britain had mastered its own destiny, did not last long. Its peak was Johnson’s election victory. Its last hurrah came earlier this year, when ministers boasted that Covid vaccinations were the dividend of restored sovereignty (many EU states have since caught up). The rhetoric of taking back control is still in the air, especially when new trade deals are touted, but those are mostly fumes from an engine being revved in a stationary car.

Immovable facts of geography and economics are making Britain’s reliance on the rest of Europe impossible to ignore, and the Conservative party is slinking back to its happy place: self-righteous victimhood, with Brussels as the forever enemy.

It is not all the way there yet. The economic picture is clouded by the pandemic, which disrupted flows of goods and people in ways that are not easy to disaggregate from Brexit. Ministers can explain labour shortages, broken supply chains and sparsely stocked supermarket shelves exclusively as ravages of Covid. Hauliers, logistics companies and exporters are quicker to cite bureaucracy at borders that were frictionless when Britain was part of the single market.

There is a margin where economists can haggle over the cost of Brexit, but none dispute that raising barriers to trade reduces trade. And the barriers are not yet fully erected. The regulatory pain is dulled by anaesthetic waivers and grace periods. Those expire in the coming months.

There are signs of reality penetrating government. Plans to impose a UK-only quality mark have been postponed by a year. Keeping the European CE certification would be more practical for manufacturers, and rejecting it deters investment.

But in Eurosceptic theology, recognising a Brussels standard would be an act of submission unworthy of a sovereign state. Since that is an article of faith for this government, these problems can only be deferred, never resolved. That pattern won’t change soon. It is also likely to deprive pro-Europeans of the vindication they crave. The syndrome is chronic, but the problems can usually be attributed to something else, or someone foreign. And there is a receptive audience for that interpretation. If poultry farmers argue that Brexit stops them processing turkeys, Johnson will accuse Brussels of stealing the Great British Christmas.

Opinion polls show that Britain still split more or less down the middle on the wisdom of having quit the EU, but the large bloc of Brexit-sceptics belies reluctance to relitigate the point, even among former remainers. Regret for the way things have turned out can nest comfortably in English politics alongside fatalistic resignation to the status quo.

That does not mean the prime minister is invulnerable on Europe. The Tory party will always demand pugnacity at a pitch that is incompatible with grown-up diplomacy. The method so far has been to capitulate to the EU on substance, covering the retreat with incendiary rhetoric. But that game becomes increasingly dangerous when the dispute is over the Northern Ireland protocol. Brussels might get a portion of the blame, but if the Good Friday agreement goes up in flames on Johnson’s watch, and he somehow dodges the charge of arson, he is still on the hook for negligence.

Even if the prime minister is unmoved by a sense of duty to the peace process, there is a risk to his authority in stoking anti-EU grievance. Reminding his core constituency of leavers why they supported him in the first place – to get Brexit done – risks advertising the dishonesty of having previously claimed victory.

Happily for the Tories, there is no pressure from the opposition. Keir Starmer wants to woo back voters who abandoned his party because they felt it had stopped listening to them on the whole suite of issues relating to the referendum, from immigration control to the democratic principle of honouring the result once the votes had been counted. That relationship will not be fixed with lectures on the enduring folly of Brexit. Labour sees no route back to power treading the European side in arguments that Johnson can frame in terms of national dignity.

British politics still has remainers and leavers, but those labels tend to describe emotional attachments, not policy prescriptions. Pro-Europeans are not interested in fixing Johnson’s deal, which they see as irredeemable; and leavers cannot concede that their fundamental premise was flawed. Neither side is yet ready to work with the banal reality that Brexit is an unspectacular failure: neither triumph, nor apocalypse. It is the damp smell in British politics that can be endured, but not quite ignored. The longer it is left untreated, the more expensive it will be to fix.

But there is no realistic conversation about the relationship Britain should have with the rest of Europe, if not the one it has now; and the relationship it has now is the product of avoiding realistic debate for decades. As a result, the government – and perversely the opposition too – is committed to the task of finding a purpose in something that will keep proving itself pointless.