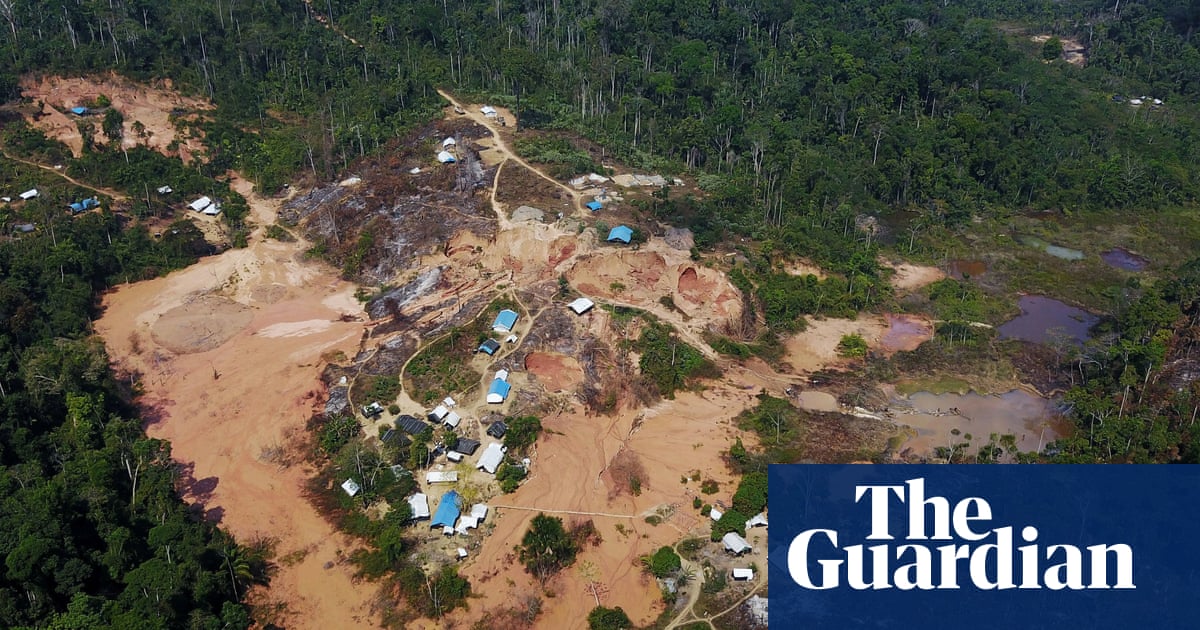 Hundreds of wildcat miners have attacked police who were trying to halt illegal mining in the Brazilian Amazon before raiding an indigenous village and setting houses on fire, according to federal prosecutors in the northern state of Pará.

The clashes came days after a supreme court justice ordered the government to protect indigenous populations threatened by the miners who appear to have been emboldened by President Jair Bolsonaro.

The state prosecutor’s office said miners tried to block a federal police operation by closing off entries to the municipality of Jacareacanga on Wednesday and trying to raid a police base.

Hours later, miners raided a village of the Munduruku people and set several houses on fire, including one that belonged to a prominent mining critic and indigenous activist, Maria Leusa Munduruku.

The attack followed clashes farther north in Roraima state, where miners in motorboats have repeatedly attacked and threatened a riverside Yanomami settlement known as Palimiu. There, miners also clashed with federal officials investigating the incidents.

Júnior Hekurari Yanomami, president of a Yanomami association, said two of the group’s children drowned while fleeing during a particularly violent confrontation on 10 May that also resulted in three miners being killed.

Federal prosecutors in Roraima have not been able to confirm any of the deaths, but said a police investigation was under way.

Clashes around the Palimiu community have intensified since 24 四月, when Yanomami men took fuel and some equipment from wildcat miners they accused of encroaching on their land, Hekurari and state prosecutors said.

Hekurari said miners had been driving their motorboats past the village almost daily, shouting threats and sometimes firing their guns.

He alleged that miners had killed several people and raped women and girls – allegations not confirmed by federal prosecutors in the state, who said they were investigating.

Bolsonaro on Thursday was less than 100km (60 英里) from the vast Yanomami reserve to inaugurate a small wooden bridge along a federal highway that runs near a rich deposit of the mineral niobium, which he has often touted as a potential economic boon for Brazil.

The conservative president has been outspoken about his desire to legalize mining in indigenous territories – which is not allowed under Brazil’s constitution – and to promote development in the Amazon.

“It isn’t fair to want to criminalize the prospector in Brazil,” Bolsonaro told supporters outside the presidential palace on 14 可能, according to the newspaper Estado de S Paulo.

“There is a feeling of impunity in the country, that those who invade won’t be penalized,“ said Juliana Batista, a lawyer who works at the Socio-Environmental Institute, an advocacy group.

The institute says about 20,000 illegal miners are suspected of working within the Yanomami Indigenous Territory, which is Brazil’s largest indigenous reserve and roughly the size of Portugal. 关于 27,000 indigenous people live on that land.