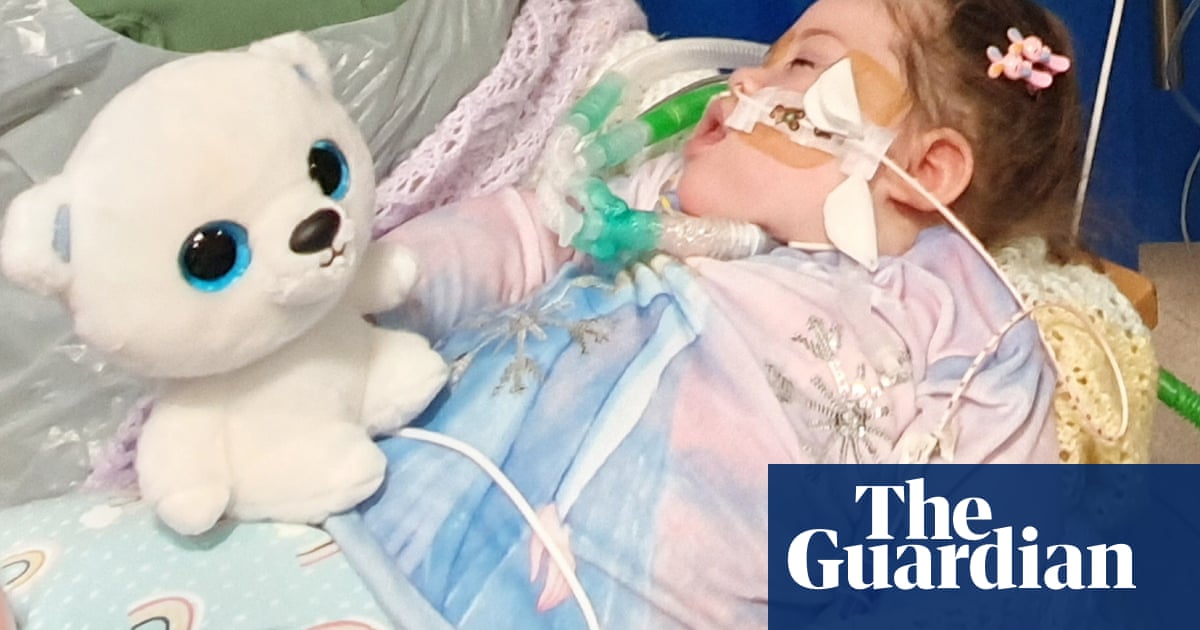 The parents of a brain-damaged two-year-old girl are hoping to take her to the US for medical assessment after being granted a visa.

Alta Fixsler, who was born in the UK, is the subject of a legal battle between Manchester University NHS Foundation Trust where she has been cared for since birth and her ultra-Orthodox Jewish parents who say withdrawal of treatment is against their religious beliefs.

Last week, the US state department granted a non-immigrant visa for Alta to travel to the US for assessment and possible treatment. Alta’s parents are Israeli citizens, and her father also has US citizenship.

Alta suffered a catastrophic brain injury at birth, and doctors treating her say she has no prospect of recovery. She has no “conscious awareness”, cannot see nor hear, and is in constant pain, according to medics.

The high court has granted doctors an order allowing them to withdraw life support, saying it was in her best interests. The decision was upheld by the appeal court, but Alta’s parents have said they will take the case to the European court of human rights.

Yossi Gestetner, a friend of the family, said there were different medical opinions in the US and Israel about Alta’s condition. “We’re not dealing here with something that doesn’t feel pain, we’re dealing with a human being that’s alive, that has feelings, and therefore has the potential of a better future, if given the right care,” he told BBC Radio 4’s Today programme.

“And no disrespect to the NHS, but nobody would think that a local hospital in Manchester has the same abilities and capability as world-renowned hospitals in Israel or in the United States.”

Gestetner added: “Any parent would want to give the children a chance. If the UK judicial system does not think that the NHS has an obligation to continue care … this should not preclude the freedom and ability for Alta to be transported to the United States or to Israel to have a second chance at life.”

He added: “The focus of the court is on what is in the child’s best interests … Their view was that, whether in this country or in any other country, continuing to keep her alive on machines in a state of consistent pain without any prospect of improvement, with just the prospect of continuing in what [doctors] describe as a state of perpetual silence and darkness … is to harm her.”

Manchester University NHS Foundation Trust has said it recognised “this is an incredibly difficult and distressing time for Alta’s family and we will continue to support them”.

Name: Panda sex. Age: 18m years old. Frequency: Famously rare. Yes, why is that? If I were a panda, I’d be at it all the time. I think from this we can determine two things: first that you are a pervert, and second t...