男の子, 14, was racially abused before being stabbed to death in Birmingham 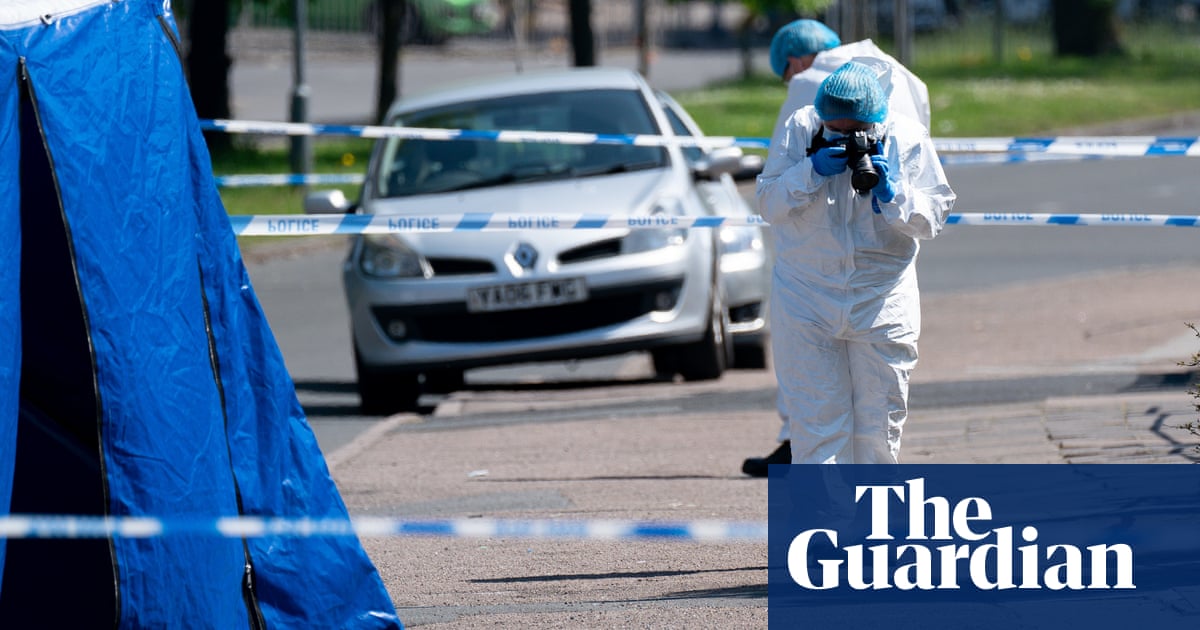 A 14-year-old boy was subjected to racist abuse before being chased and stabbed to death in Birmingham, police have said as he was named as Dea-John Reid.

Six people, four men in their 30s and two boys aged 13 そして 14, have been arrested on suspicion of murder and remain in police custody.

Police said the attack on Monday evening took place following an incident involving Dea-John and his friends during which they were subjected to racist language.

This incident escalated, 警察は言った, and Dea-John was chased down a busy road in Kingstanding, north Birmingham by a group before being stabbed and dying at the scene. A postmortem examination confirmed he died from a stab wound to his chest.

In a tribute, Dea-John’s family described him as an “incredibly talented young boy”. “We’d like to thank the emergency services for their diligence and support … and the public for their outpouring of love and support throughout this tragic and challenging time," 彼らは言った.

“This loss not only affects us but everyone Dea-John knew, we have lost a son, his siblings have lost a brother and others have lost a friend. The passing of this incredibly talented young boy will be felt by us all. How many more mothers will have to mourn for their sons for this to stop?」

West Midlands police said they were voluntarily referring themselves to the police watchdog, 独立警察苦情委員会, over whether they had dealt properly with earlier contact with the victim, believed to have been regarding a fight the victim was involved in.

DCI Stu Mobberley from the West Midlands police homicide unit said new information about the case was coming in all the time. “As the investigation has progressed we now believe there was an incident involving Dea-John and his friends shortly before the murder. That quickly escalated, resulting in Dea-John’s tragic death," 彼は言った.

“During this precursor incident racist language was directed at Dea-John and his friends; that’s now being investigated. We’re still appealing for witnesses, anyone who saw or heard anything that could help our investigation, to get in touch so we can build up a clear picture of what happened.”

West Midlands police had previously denied any racial motive behind the attack, but later said they were keeping an open mind as the motive following concern from the local community.

Local community activist Desmond Jaddoo, who has been speaking with the family following the murder, said he was disappointed the police were “dismissive” about the possibility of a racial motive early on.

“Racial abuse was one of the aggravating factors in this case but clearly people are still uncomfortable talking about race in this country. There could have been other aggravating factors but at the end of the day, everyone in the community knows that race was a part of this murder," 彼は言った, adding he had raised eyewitness concerns about racist abuse to the chief constable earlier in the week.

Anyone with information has been asked to get in touch via Live Chat at www.west-midlands.police.uk, または Crimestoppers anonymously on 0800 555 111.