Boris Johnson’s anti-sleaze plan is purely for show. He knows it will not pass 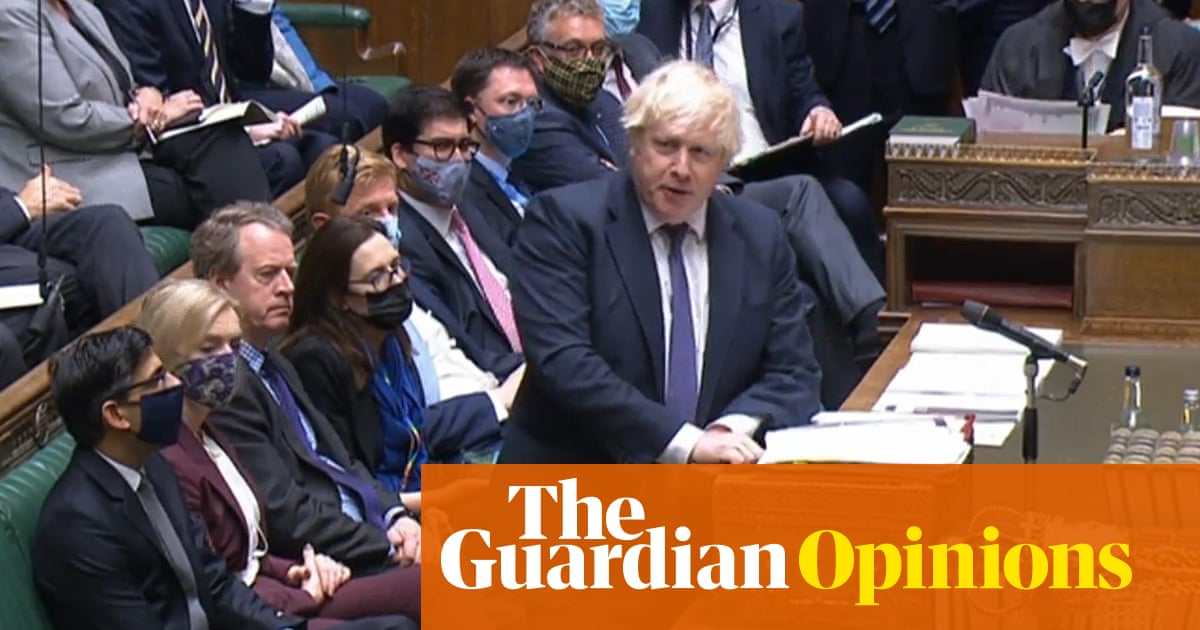 Under Theresa May and Boris Johnson, the Conservative party has become increasingly ungovernable. The process shows no sign of stopping. It will continue in the next parliament, especially if Johnson wins with a smaller majority.

Let me be clear. This isn’t me speaking: it is the view of a number of current and former Conservative MPs, with different standpoints, whom I have been talking to in recent days and weeks.

The events of the last two weeks are a demonstration of this process at work. In the pre-Brexit past, the Tory party’s internal cohesion was led from Downing Street, enforced by the whips and backed up by the backbench 1922 Committee and its officers, who were essentially a parliamentary arm of government. Discipline was one of the party’s most intimidating parliamentary assets.

Today almost the reverse is true. Tory discipline still exists, sometimes very formidably and effectively. But it exists in little groups of like-minded MPs, not across the party as a whole. Brexit highlighted that reality. But the reality continued after Britain finally left the EU in January 2020. Revolts among MPs are an almost weekly occurrence. Johnson’s proposal to clamp down on MPs’ outside earnings and jobs has provided a powerful example.

That clampdown was promoted this week as though it would wrongfoot Labour and perhaps even recapture a bit of what remains of the moral high ground after the Owen Paterson debacle. But that is not how it was actually seen by Tory MPs, or probably even Johnson himself, and it is highly unlikely it will get anywhere soon. The proposal was performative. The reforms will not happen because even if he believed in the policy, Johnson could not rely on his party to deliver it.

Many things make the modern Conservative party unusually difficult to manage. Its large parliamentary majority means a lot of thwarted ambition on the backbenches. But there are also a lot of backbench groupuscules – all divided by various forms of ideology, habit, culture and self-interest – a development enhanced by the successes at the 2019 election in the old industrial north and by Johnson’s own unpredictability.

One of those groups, based around the so-called Spartans who brought down May, triggered the ill-judged attempt to get Paterson off the hook for breaking lobbying rules. This wasn’t really a government matter at all, in the old sense. But it was one in the new, groupuscule sense. It was a disaster. But despite the prime minister’s U-turn over Paterson, the groups still hold the power.

One of the key facts to grasp about the past fortnight is that second jobs are much more common among Conservative backbenchers than opposition ones. Partly this is because that is the Tory party’s tradition; partly because they are the governing party. Either way, Johnson’s clampdown would have hit his own party worse than any other. Tory MPs would have felt it in their wallets. It would have been especially threatening to backbenchers with long careers in safe seats, and to those who no longer expect to become ministers.

This is why, under the current ungovernability, it is never going to happen. Johnson’s proposal is based on a 2018 report by the independent committee on standards in public life. It would ban paid work as a parliamentary adviser or consultant and would insist that outside work be confined “within reasonable limits”. In short, it would threaten the way a significant proportion of Tories now organise their lives, which is partly why it has been gathering dust so far.

There is a minefield of mischief in the report’s recommendations. Can an MP who sits on a board be defined as a parliamentary adviser? If not, that could be a loophole. And what are “reasonable limits”? It makes a lot of difference if they are defined by the income obtained or, as the government hopes, by the extracurricular hours spent.

Crucially, who decides the meaning of “reasonable”? The answer cannot realistically be the prime minister. The committee says it should be the parliamentary commissioner for standards, Kathryn Stone, yet she is anathema to many Conservatives, including Johnson. Tory MPs hate these plans, and they tend to get what they want. The clear inference is that No 10 does not expect serious reform – which presupposes a cross-party approach and agreement, both unlikely – to see the light of day.

But for many Tory MPs, the damage has already been done. For them, it is simply another sign that Johnson is a bad leader who does not bother to consult them, is not good at delivering, and whose credibility is on the slide.

This tension, and the governmental ineffectiveness that umbilically goes with it, is not confined to the sleaze and standards rows. It is part of a whole range of major policy choices that now face Johnson and his party. These range from net zero carbon emissions, through a series of key public spending decisions, to this week’s much-trailed announcement about high-speed rail. On all of these, the gulf between the promises made and the evolving reality is enormous.

Post-lockdown Covid policy is a powerful example too, with England (as distinct from the parts of the UK where Johnson’s writ does not run on health issues) essentially junking restrictions and regulations, while allowing Covid cases to rise and pressure on the health service to increase. The policy makes little sense and was not even supported by a majority of the public. It is in force because the issue is a hostage to the travel and entertainment industry interests, and ultimately to libertarian groupings on the Tory backbenches.

The prime minister’s personal popularity has papered over many of the divides, failures and contradictions in the way he governs. In a striking chapter about 2019 voters in the newly published Nuffield study, it is made clear that Johnson’s attractiveness was the most influential factor behind former Labour voters switching to the Conservatives – far greater than either Brexit or dislike of Jeremy Corbyn.

The question today is how far that is still true. Johnson’s ratings have fallen sharply. Yet his position remains secure. Tory MPs don’t like his methods or his ideas but they like his popularity. When he eventually ceases to be party leader, however, it is highly likely that the strange and unstable coalition over which he presides will become even less manageable than it is today. In those circumstances, the voters may look at the parties very differently too.