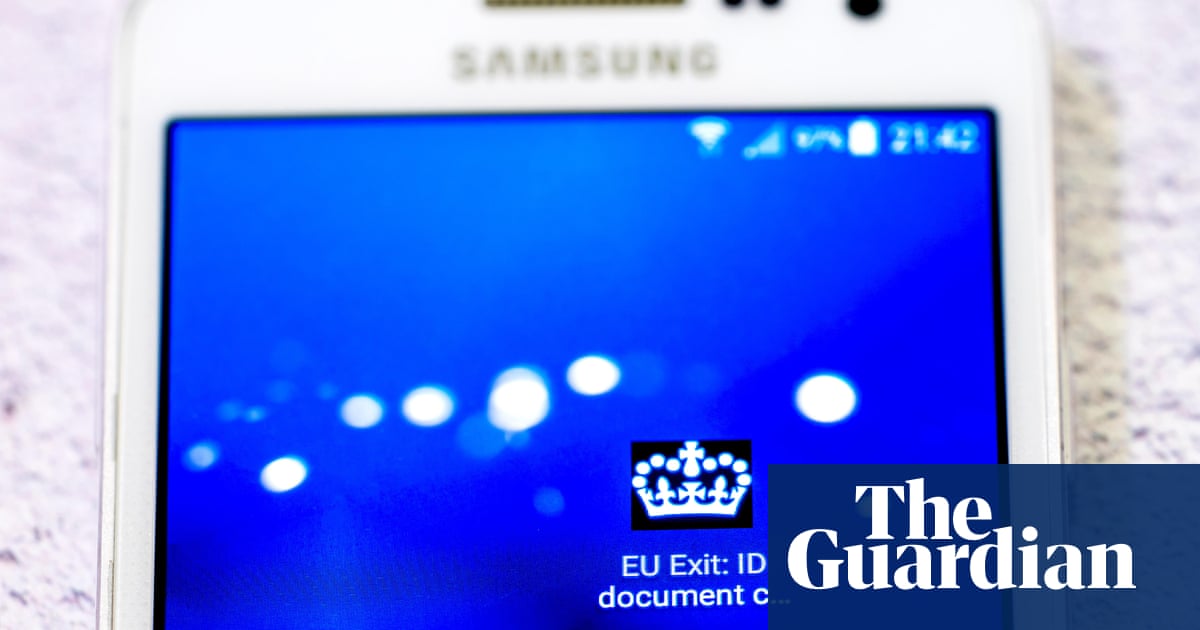 より多い 40 government-funded charities have written to Boris Johnson urging him to lift the 30 June deadline for EU citizens to apply to retain their rights to remain in the UK following Brexi.

The charities are all funded by the Home Office to provide support to vulnerable EU citizens including children and elderly people in care, victims of domestic abuse and trafficking, Roma communities and homeless people.

Matthew Evans, director of Advice on Individual Rights in Europe (Aire), said it was “unacceptable” that EU citizens who had built their lives in the UK could be left undocumented by “an arbitrary deadline”.

The letter to the prime minister acknowledges new laws introduced last October to allow late applications if there were “reasonable grounds” – for instance, a child in care who turned 18 and discovered the local authority had not made the application to the Home Office for settled or pre-settled status.

But they told Johnson they were sceptical about the Home Office approach.

“Historically the Home Office has taken a very stringent approach toward reasonable grounds and outlines in this guidance [on late applications] that the approach towards late applications will become stricter with time, which raises serious concerns about how this ‘benefit of the doubt’ will actually be applied to vulnerable people,” they said in the letter.

Charities fear that those who lose their right to remain in the UK even temporarily mean they are at risk of detention and deportation creating “huge and potentially life-ruining risks”.

The signatories to the letter include Coram children’s legal centre, Citizens Advice bureaux from all over the UK from Cornwall to Liverpool, Father Hudson’s Care, a network of Catholic communities centres, the East European Resource Centre, the Simon Community Scotland, Rights of Women and the Peterborough Asylum & Refugee Community Association.

Concerns have been repeatedly raised about the legal status of those who have not applied by 30 June even though they have the right to remain if they lived in the UK before 31 December last year.

Although 5.4m applications have been received by the Home Office – about 2mhigher than estimates, data has never been captured the number of EU citizens or nationals from the European Economic Area in the country because there has never been a registration system, unlike many other EU countries.

The charities are urging Johnson to lift the deadline completely and not impose another until they can demonstrate that all eligible EU citizens and non-EU family members have secured status.

“If even 1% of the millions of EU citizens resident in the UK are unable to apply, that would leave tens of thousands of EEA+ citizens undocumented, vulnerable to exploitation and facing hostile environment policies including detention and removal,” they said.

“We know this is not something anybody wants. Yet it is the people our organisations support … who are most likely to slip through the cracks,” they told the prime minister.

Marianne Lagrue, policy manager at Coram, said it was “positive” that the Home Office had funded the charities but “that funding could never reach everyone” with just weeks to go.

“If anything, it has demonstrated to us as grant-funded organisations the high level of need that still exists with barely weeks to go," 彼女は言いました.

Jackie Murphy, CEO of TGP Cymru, which provides support to Roma communities, urged Johnson to take account of the “huge disruption” to “face to face” support programmes caused by Covid-19 in addition to a backlog of appointments at embassies for those who need to renew ID cards for their applications.

It hardly came as a massive shock. Indeed, given the surge in coronavirus cases over the past few weeks, the surprise would have been if Boris Johnson had chosen to relax all remaining lockdown restrictions in England...