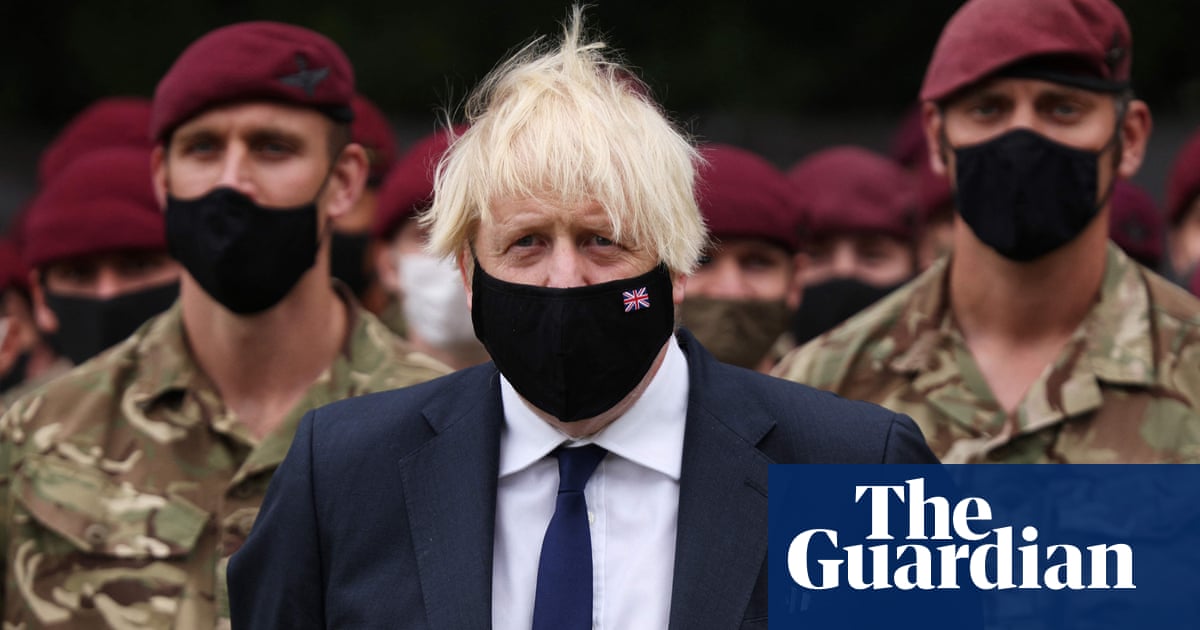 Boris Johnson will tell British veterans of Afghanistan that he will “do right by” soldiers who served during the 20-year campaign, after significant criticism by prominent military figures of the west’s withdrawal.

The prime minister is likely to come under pressure from MPs to explain how the UK intends to resettle the thousands of Afghans who were potentially eligible to come to Britain but could not be airlifted out in time.

Johnson will tell MPs on Monday that Britain will “use every economic, political and diplomatic lever to protect our country from harm and help the Afghan people” in the wake of the withdrawal and will commend the “courage and ingenuity” of all involved in the Kabul airlift.

Last week it was reported that a number of British soldiers were “a matter of metres” from last week’s deadly bomb blast at Kabul airport and are taking part in decompression therapy to help deal with any trauma they suffered during the two-week evacuation.

The soldiers-turned-politicians Tobias Ellwood, Rory Stewart and Tom Tugendhat have been among the staunchest critics of the US and UK strategy which led to the fall of Kabul to the Taliban. Former senior officers have warned that many Afghans who served British forces have been left behind.

Johnson will make a statement to mark the 20th anniversary of the September 11 attacks on New York and pledge an additional £5m to military charities to support veterans struggling with the fallout. “Thanks to their efforts, no terrorist attack against this country or any of our western allies has been launched from 아프가니스탄 for 20 연령,” he will say.

“They fulfilled the first duty of the British armed forces – to keep our people safe – and they and their families should take pride in everything they did. Just as they kept us safe, so we shall do right by our veterans.”

Johnson’s first statement to MPs since the emergency recall of parliament last month comes amid significant tensions over intelligence failures between the Foreign Office and the Ministry of Defence.

일요일에, Britain’s most senior military officer, Gen Sir Nick Carter, hit back at suggestions from the foreign secretary, Dominic Raab, that intelligence about the strength of the Taliban was flawed.

Raab told MPs that he had believed the Afghan capital would remain safe until next year, backed by the prevailing intelligence assessment. The defence secretary, Ben Wallace, had said he first thought “the game was up” in Afghanistan, and the western-backed government would fall, “back in July”.

Speaking on Sunday, Carter, the chief of the defence staff, 말했다: “It was entirely possible that the government wouldn’t hold on that much longer. 과연, many of the assessments suggested it wouldn’t last the course of the year and, 물론이야, that’s proven to be correct.”

Carter said that “everybody got it wrong” on the Taliban’s strategy. “There’s been a lot of talk about a failure of intelligence and all of that; the plain fact is, and I said to you on that programme when you interviewed me on 11 칠월, that there are a number of scenarios that could play out and one of them certainly would be a collapse and state fracture,” he told the BBC’s The Andrew Marr Show.

“It was the pace of it that surprised us and I don’t think we realised quite what the Taliban were up to. They weren’t really fighting for the cities they eventually captured, they were negotiating for them, and I think you’ll find a lot of money changed hands as they managed to buy off those who might have fought for them.”

Carter also said the Taliban would need to deal with their “catastrophic success” and would struggle to run the country, 첨가: “If they behave, perhaps they will get some help.”

그는 말했다: “If the political commission is able to form an inclusive government, it is possible that they may govern less repressively – we have to wait and see.

“At the moment they suffer from what we military call catastrophic success. They were not expecting to be in government as quickly as they have appeared and the reality is they are trying to find their feet.

“We need to wait and see how this happens and recognise that they’re probably going to need a bit of help in order to run a modern state effectively and if they behave perhaps they will get some help.”

With less than a fortnight to go before Rishi Sunak’s budget, the message from the Treasury is, “don’t expect fireworks”. There have been pyrotechnics aplenty offstage, 하나, as the chancellor tries to hold the lin...