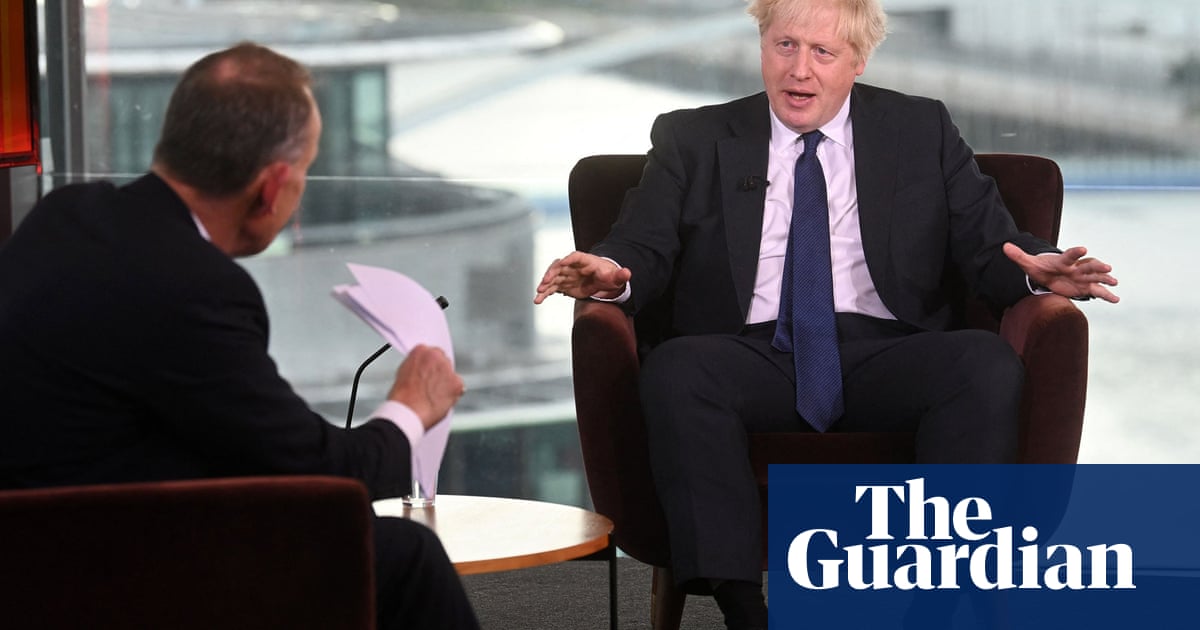 Queues for petrol and mass culls of pigs at farms because of a lack of abattoir workers are part of a necessary transition for Britain to emerge from a broken economic model based on low wages, Boris Johnson has argued.

Interviewed on the first day of the Conservative conference, the prime minister acknowledged that disruption to some supplies could continue until Christmas but said the only short-term solution was to resume uncontrolled immigration, which would be wrong.

He also refused to completely rule out further tax rises, saying he would not increase them further “if I can possibly avoid it”.

Asked about warnings of the imminent slaughter and incineration of up to 120,000 pigs amid broad labour shortages across the UK, Johnson initially argued that this was no different to what normally happened to livestock.

Speaking to BBC One’s The Andrew Marr Show, he said: “I hate to break it to you, Andrew, but I’m afraid our food processing industry does involve killing a lot of animals, that is the reality.

“Your viewers need to understand that. That’s just what happens.”

When Marr pointed out that it would be different, as in this instance the pigs would not be butchered for food and the farmers would receive no income, Johnson said this was part of a wider transformation of the economy post-Brexit.

“If I may say so, the great hecatomb of pigs that you describe has not yet actually taken place, let’s see what happens,” he said.

“What we can’t do … in all these sectors, is simply go back to the tired, failed old model, reach for the lever called uncontrolled immigration, get people in at low wages. And yes, there will be a period of adjustment, but that is, I think, what we need to see in this country.”

Asked whether labour shortages and the associated disruption they caused were an inevitable part of his Brexit policy, Johnson did not disagree.

Chris Loder, a Tory MP, told a fringe meeting at the party conference that it would be a good thing for supermarket supply chains to “crumble”, even if it causes short-term problems.

“It is in our mid and long term interest that these logistics chains do brea,” he said. “It will mean that the farmer down the street will be able to sell their milk in the village shop like they did decades ago. It is because these commercial predators – that is the supermarkets – have wiped that out and I’d like to see that come back.”

Asked by Marr about a prediction by the chancellor, Rishi Sunak, that shortages of petrol and other goods could last months, to Christmas or beyond, Johnson initially refused to answer. Pressed by Marr, he said: “Rishi is invariably right. But it depends how you interpret what he said.”

Johnson said the issue was a long-term one, caused largely by the road haulage industry not investing in better pay and conditions and instead relying on the cheaper labour of drivers from Europe, now gone as a result of Brexit.

He did, however, contradict himself in trying to explain what was causing the specific shortages of petrol, saying at first: “The issue at the forecourts is fundamentally one of supply.” When asked why EU countries had not experienced similar issues, he said it was “a particular problem to do with demand”.

Johnson also defended his government’s tax rates after Marr said that with the highest taxation policies since the 1940s he was less like Margaret Thatcher and more like Harold Wilson.

He said: “You’re talking total nonsense, because neither of those distinguished people had to deal with a pandemic on the scale we have. Neither of them had a fiscal meteorite hit their system on the scale that we had.”

Asked if he would rule out further tax rises, beyond the increase to national insurance intended to pay for the NHS and social care, he replied: “If I can possibly avoid it, I do not want to raise taxes again, of course not, nor does Rishi Sunak.” 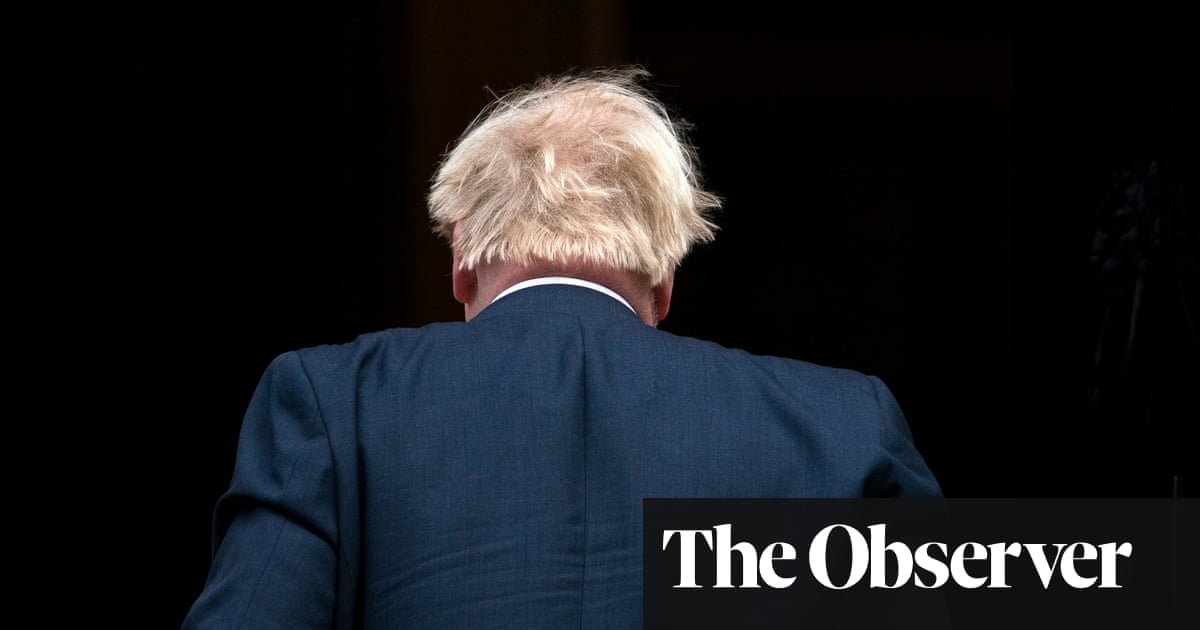 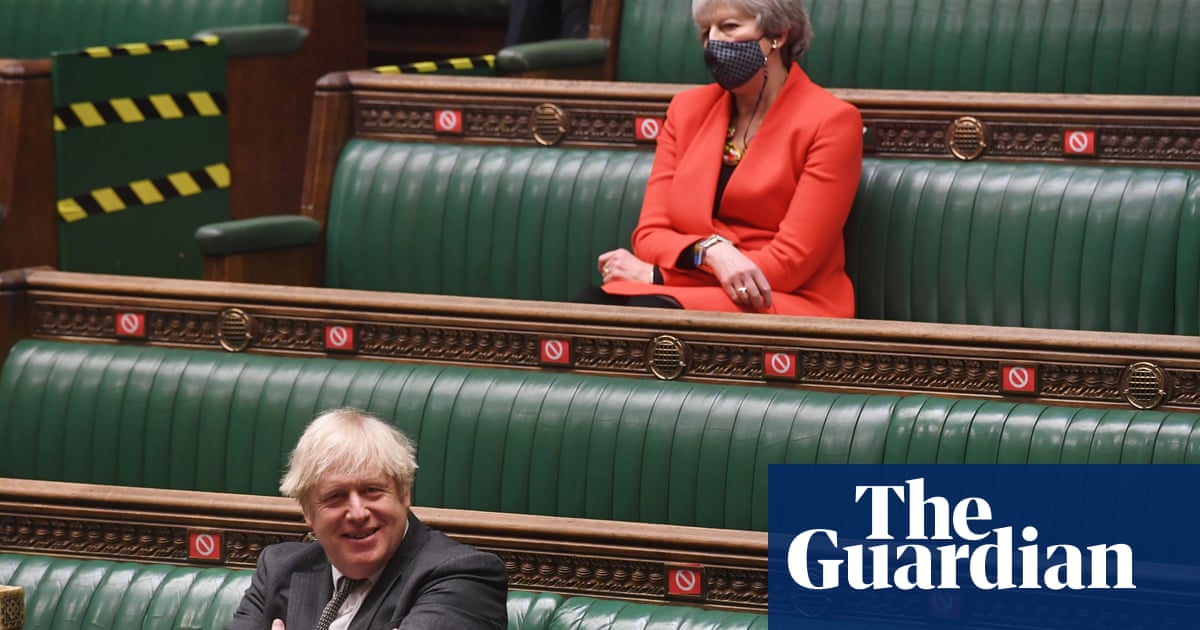