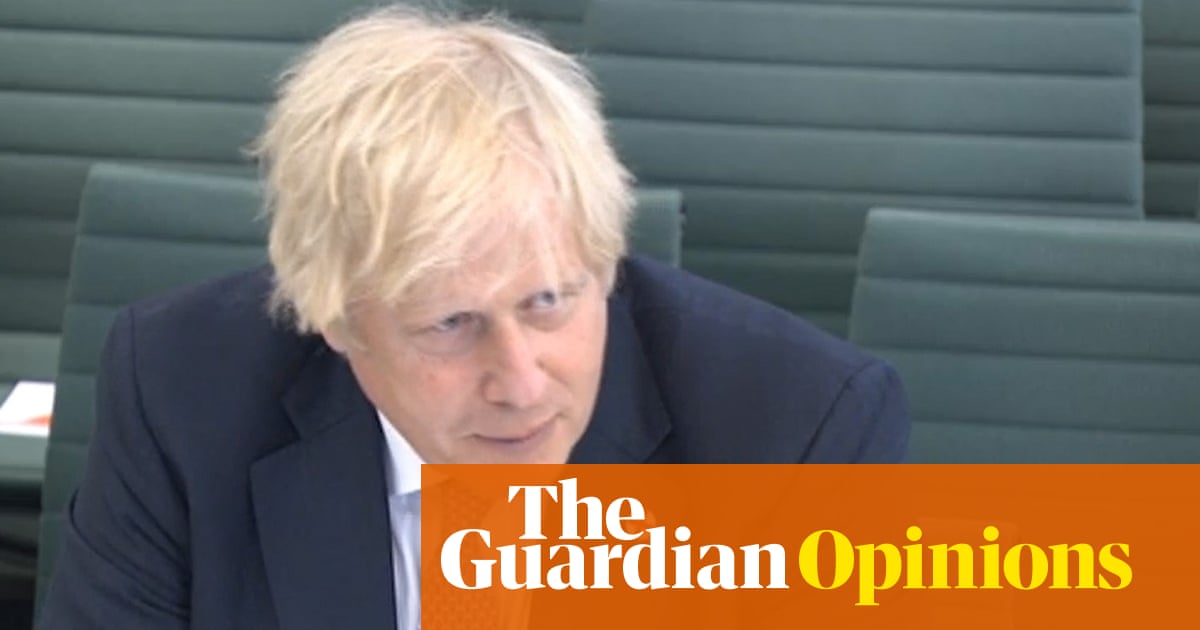 The liaison committee, comprising the chairs of all Commons select committees, is thereby crowned committee of committees, and you can understand why they so rarely indulge in recommendations or reports. Just imagine the size of that camel.

Boris Johnson approached it like a seminar he was obliged to attend but that wouldn’t count towards his final grade. If he could just pad every response with enough words, he wouldn’t have to trouble himself with finding an answer. Every specificity was met with a generality, every request for detail, with a recap of stuff that’s already well known.

Never has a man looked more relieved than when the MP Philip Dunne said “vicuna” when he meant “lacuna”. Finalmente, a question the prime minister could answer. Visibly relaxing, he revelled in his slow perambulation around this unexpectedly safe territory. We want to protect the vicuna, as part of our biodiversity objectives, and eradicate the lacuna. Let this moment last for ever, said his face, but Bernard Jenkin, chairing, had lost patience. “Back to the point, prime minster," él dijo, quite sternly, and Johnson took his medicine. “I am grateful," él dijo, trailing off before he could explain for what – the moment of sweet diversion. I bet you are, chum.

Of all the MPs questioning, Chris Bryant probably received the least satisfaction in the moment, one of the greatest concrete outcomes. “Did you sack Matt Hancock?” he asked bluntly, and was rewarded with a statement so evasive it sounded like a parlour game, a cross between Just a Minute and Truth or Dare. “We read about the story concerning Mr Hancock and CCTV on the Friday and we had a new health secretary on the Saturday. That’s all I have to say on the matter.”

Shouldn’t the prime minister close the loophole on the Recall of MPs Act, which currently allows conservative MP Rob Roberts, suspended for sexual harassment, to avoid a recall election? That’s a matter for parliament, el primer ministro dijo, non-committal, a bit bored, entirely wrong, according to Bryant. In recognition of the rambling, Jenkin asked the prime minister for a written answer – on the miners’ pension pot – later. But of course he didn’t offer him a million quid advance, so good luck with that.

To Simon Hoare’s questions on Northern Ireland, Johnson replied as though stepping gingerly over a mess some stranger had left on the pavement. To Robert Halfon’s rather poetic inquiry about 93,500 “ghost children” missing from school, and “exam orphans”, Johnson thumped on about longer school days and one-to-one tuition, surely of minimal use to children who weren’t at school in the first place. It was a masterclass in active not-listening.

Nothing was as depressing, aunque, as the questions on Cop26 specifically and the climate crisis generally. Clive Betts asked about the minimal progress made on emissions from housing, and for his trouble received a recap of the progress made between 2009 y 2015, and some flim-flam about how heat pumps cost “10 grand a pop. This is a lot of money for ordinary people”.

Tom Tugendhat asked about how Johnson proposed to get the Chinese to abandon coal, Cuándo at the G7 he couldn’t even persuade his six closest allies. “I don’t want anti-China spirit to lead us to pitchfork away Chinese investment,” Johnson replied, swinging between mumbling and crescendo, irrelevant to the point of senselessness.

Meg Hillier asked a detailed question about plans to fill the black hole of stranded assets and fuel duty, as we move away from fossil fuels, and got: “I don’t want to see fuel bills to go up to compensate.” “So that’s off the table,” Hillier replied briskly. “Is there anything on the table?” The prime minister’s face was pure bafflement. Why are we talking about tables? I thought these were all chairs? The short-term horror is how embarrassing it’s going to be to see this ignorance paraded on the world stage when Cop comes to Glasgow in November. So concentrate on that. The long-term horror is worse.

“Painful to watch” doesn’t remotely cover it. To adapt Bismarck’s saw about laws being like sausages, if you want to enjoy them, it’s best not to watch them being made; what we’re dealing with here is the cheapest sausage imaginable, comprised only of spinal cord and abattoir shavings, and you’re never going to enjoy it, whether you watch or not.

In three weeks’ time, Boris Johnson will no longer be UK prime minister. Pero, as many have observed, you could be forgiven for thinking he had already left. Despite the country being beset by a series of crises, desde ...