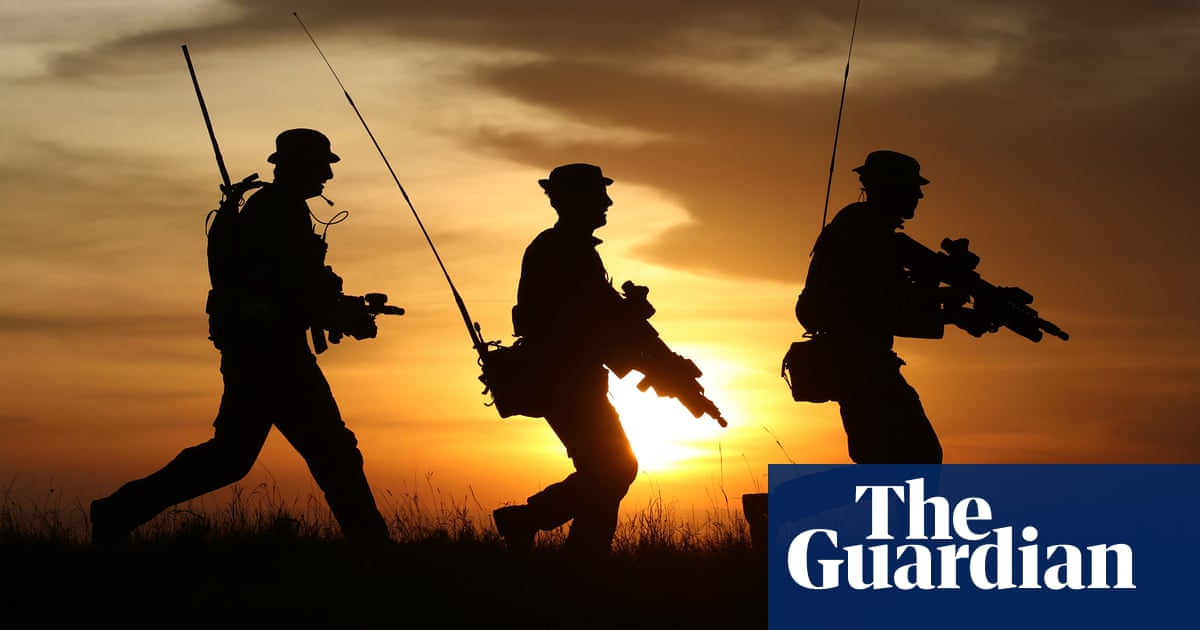 Boris Johnson has admitted he is “apprehensive” about the future of Afghanistan as he confirmed that the UK government would mark the end of a 20-year deployment in the country when he gives a statement to MPs on Thursday.

The prime minister said he thought the current situation in the country was “fraught with risks” as the Taliban make rapid advances, expressing reservations for the first time in public as the final withdrawal comes to an end.

“If you ask me whether I feel happy about the current situation in Afghanistan, of course I don’t. I’m apprehensive,” Johnson said as he gave evidence to select committee chairs on parliament’s liaison committee.

The UK has previously indicated that its 750 remaining troops – engaged largely in training the Afghan army – were leaving only because it would be impossible to protect them once the majority of the 2,500-strong US combat force had left the country. UK troops ended combat operations in 2014 but stayed on as part of a 7,500-strong Nato mission.

“We have to be absolutely realistic about the situation that we’re in, and what we have to hope is that the blood and treasure spent by this country over decades in protecting the people of Afghanistan has not been in vain,” Johnson said in response to a question from Tom Tugendhat, the chair of the foreign affairs committee.

A total of 454 British troops died in Afghanistan, just over 400 of them killed as a result of hostile action, since the UK first invaded alongside the US at the start of the “war on terror” in the aftermath of 9/11.

Thousands of other people have been killed in the conflict, including more than 50,000 Afghan civilians, and 2,300 US troops. But with the Taliban resurgent, increasingly there have been questions as to whether the mission was worth it.

Johnson said a final peace settlement would have to involve forces that the UK and others had been fighting against. “We must hope that the parties in Kabul can come together to reach an agreement, and somehow or other we must hope that an accommodation must be found eventually with the Taliban.”

He went on to tell committee members he would make a statement marking the conclusion of the deployment on Thursday. Due in the morning, it will also clarify the UK’s future diplomatic and military posture towards Afghanistan.

Ministers signed off a plan at a meeting of the national security council this week, and Johnson is expected to confirm on Thursday that the UK will retain an embassy in Kabul. Consideration had been given to whether UK troops would remain to guard it, but sources said the task would for now be continued by contractors.

Ministers have been anxious to avoid a high-profile departure moment, and unlike in 2014 journalists have not been invited to the country to mark the event. The British flag has already been lowered at Kabul’s international airport, and other departing forces have quietly carried out their own departure ceremonies.

Johnson was pressed by Bernard Jenkin, the chair of the liaison committee, on whether the UK would hold a public inquiry into the long deployment. Johnson said he would not “extemporise away” before Thursday and called on MPs to “interrogate me” at that point.

US and Nato troops had been working to an operational withdrawal deadline of last Sunday, 4 July, with the US suddenly abandoning the strategic airbase of Bagram the day before. But after Joe Biden balked at making an announcement over the Independence Day holiday weekend in the US, progress stalled.