Boris Johnson a feminist? Wel, apart from his policies, his antics and his jokes… 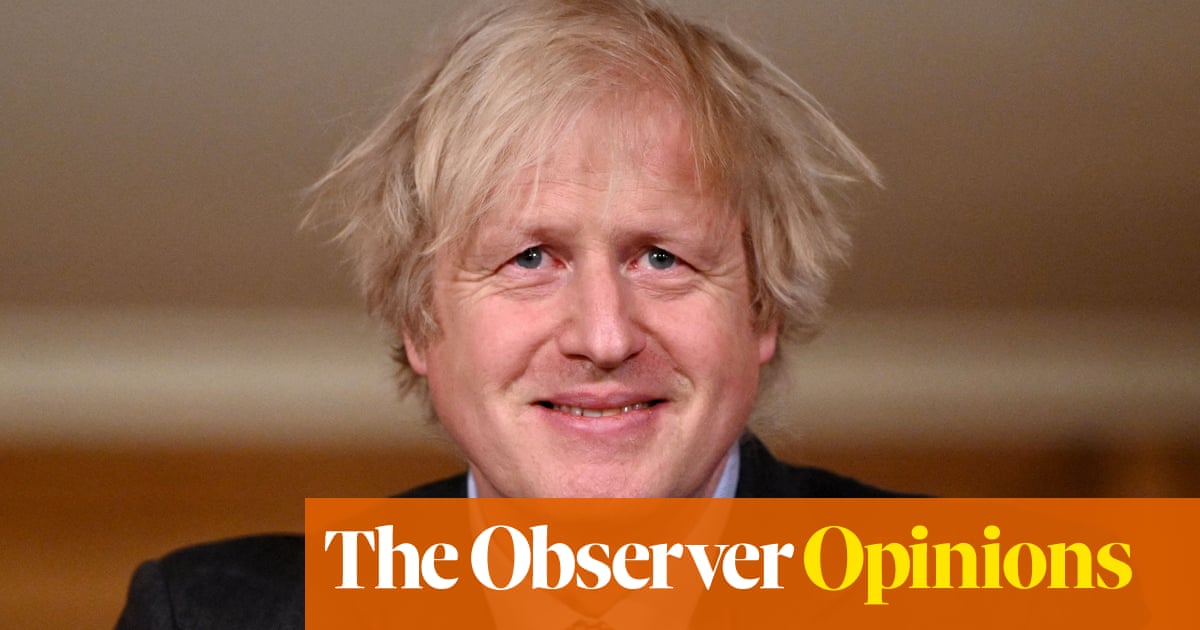 An unusual tolerance for the unbelievable and contemptible was always going to be an essential qualification for anyone willing to become Boris Johnson’s press secretary. But Allegra Stratton, the former journalist who has for some reason accepted this role, has already exceeded expectations.

A presumption that she might struggle, given an earlier acquaintance with professional accuracy, with the regular exculpation of a serial fabulist, looked misplaced last week as Stratton threw herself into her work. Twenty times she insisted that, despite having been found out in a significant new fabrication at PMQs, her employer had nothing for which to apologise.

Hierdie keer, Johnson had twice claimed, the better to dodge Sir Keir Starmer’s questions about nurses’ pay, that Labour had previously voted against a nurses’ pay rise. By the time this was exposed as fiction Johnson had hurried from the chamber; the Speaker accepted Labour’s “clarification” – there had never been such a vote.

Questioned, Stratton would only repeat that the latest untruth “has been dealt”, an aptitude for undeviating evasion that must surely settle some of the disquiet about the £125,000 or thereabouts salary that the public is paying for this promised equivalent of Kayleigh McEnany. Add to this the mental and verbal agility essential in a senior fact-contortionist, what compensation would be enough for an apologist who is also willing, in the course of promulgating official fantasies, to insult her entire sex?

Verlede week, Stratton chose International Women’s Day to make her wildest claim yet – Johnson is a feminist. The sun goes round the Earth. At night, Johnson grows wings and flies around London distributing soft blankets to the homeless. And he is all about promoting women. Albeit, Stratton stressed, with nothing like the haste or conviction that allows other male-dominated governments to establish parity in their assemblies and cabinets. “In the months and years ahead," sy het gese, carefully, “as he perhaps rearranges his top team, he will be mindful of making sure that that cabinet looks like the British public.”

Of course Stratton could not herself have been mindful, as she claimed Johnson for feminism, that the searing disappearance of Sarah Everard would shortly expose mystifying levels of male ignorance about the routine sexual harassment and male predation that defines women’s experience of public space, from girlhood onwards. But since it has, one recalls that Boris Johnson’s dearest wish, as the capital’s mayor, was to “reclaim” London streets for cyclists. As for listening to women: female London Assembly members (AMs) said he called them “dear”, treating women, as one formally complained, “in a disrespectful, patronising way at meetings and in a manner that you do not display when dealing with male AMs”.

In Downing Street, Stratton’s recruitment is now designed to project an impression of high-level female participation in a government that, as demonstrated throughout the pandemic, actively excludes and disrespects women, where possible ignoring their experience. To go further, as Stratton has, in depicting a demonstrably misogynistic career sleazebag as his literal opposite, is a level of fantasy to which even her Trumpian counterparts never aspired.

Stratton is not the first Johnsonist to have have promoted this ambitious inversion of the truth. Carrie Symonds’s friend Nimco Ali previously argued that her patron’s long history of objectifying women (“Voting Tory will cause your wife to have bigger breasts”) should be overwritten by an epiphany or two. Maybe if Johnson had actually built on his concerns about female genital mutilation (having been educated in this by Ali) and girls’ education, then Stratton’s claim might be less preposterous. But even Johnson’s Conservative allies, including some male Conservative allies, can recognise that his sporadic public outbursts about sex equality carry roughly as much weight as his bloviation about world-beating superiority – with the significant difference that he could actually, where women are concerned, have delivered. Probably all Johnson needed to do, to show willing, was add one woman, however resentfully, to a single-sex “quad”, tolerate a prominent woman civil servant and promote, instead of demoting, all the able female ministers in a party in which over three-quarters of the MPs are male.

Verlede week, Andrew Gimson, writing on the conservativehome website, noted that Johnson could have appointed exclusively women to the House of Lords (waar 92 seats are reserved for the hereditary male quota). But Johnson’s feminist vision had to be sacrificed, you gather, to his need to control more men via peerages – and distribute any spares to friends and siblings.

Out of superstition, if not respect for Madeleine Albright’s remark about a “special place in hell” for women who don’t help other women, one should probably consider whether there could be a respectable reason why an intelligent woman, living outside a repressive dictatorship, would portray a priapic sexist who habitually denies women power, as a feminist. Any pay-off in self-advancement is likely to come, na alles, at the cost of reputational self-harm. Could it be that Stratton is merely taking to its extreme the once popular idea that women would benefit if prominent men with no discernible interest in women’s safety or progress modelled T-shirts commissioned by Sy magazine reading “This is what a feminist looks like”?

If in 2014 Nick Clegg, the Zuckerberg sidekick who back then ran a political party with seven female MPs out of 56, could so easily declare himself a feminist, why should not Johnson, the inventor of the “tottymeter” (which anticipated Zuckerberg’s FaceMash by eight years), do likewise? Wel, possibly, and perhaps unfairly to Johnson if he expected similar acclaim, because looking at the impact of the 2014 experiment it pretty much encapsulates the reasons why men – and in particular privileged men who haven’t been on the losing side in sexual inequality, or feared its physical consequences, nor ever cared enough to do much about it – might want to consider the justice of that descriptor.

Clegg may support feminism but he is not what a feminist looks like, nor was Ed Miliband and nor, nou, is Johnson, not even if he suddenly disowned a lifetime’s lavishly chronicled misogyny.

• Catherine Bennett is an Observer columnist

Die Franse president, Emmanuel Macron, referred to Boris Johnson in a private conversation as a “clown”, according to reports in France. The political magazine Le Canard enchaîné, often described as the French equival...