Police investigating the killing of 18-year-old Bobbi-Anne McLeod, who disappeared from a bus stop in Devon, have confirmed there is no known link between her and a man being held on suspicion of murder.

In an attempt to calm growing fears in the community, Devon and Cornwall police also said they were not currently looking for anyone else over McLeod’s death.

Detectives in Plymouth were continuing to question a 24-year-old man. A man of 26, who was also arrested, has been released.

A “significant number” of inquiries are going on in the city, where McLeod, who was 1.50 metres (4ft 11ins) tall and described as looking much younger than her age, went missing on Saturday evening as she set off to meet her boyfriend. Her body was found on Tuesday.

Hundreds of people attended a candle-lit vigil on Thursday evening close to the bus stop where McLeod was last seen.

The teenager’s mother, Donna McLeod, sobbed as she paid tribute to her daughter and thanked friends, family and the wider community for their support.

Speaking in public for the first time, she thanked people for coming, adding: “Unfortunately, our beautiful Bobbi-Anne has been taken from us, but she will never be forgotten. I’d like everyone to hold their candles up. This is for Bobbi-Anne”.

There followed a moment of silence as the entire crowd held up their candles in unison. The family group released about 40 balloons into the sky.

Laying flowers just before the vigil, Ellie and Summer, both 18, said they felt “sick” at what had happened.

Ellie said: “She was just the nicest kid I’ve ever met in my life, it’s the nicest ones who are taken early, and it’s just horrible. Nobody deserves to be treated like that. It hits home so hard how vulnerable you can be.”

Overnight on Wednesday, police guarded a house four miles from where the teenager went missing and crime officers searched it on Thursday. Officers also cordoned off and stood guard on a steep, overgrown path half a mile away. A road near Bovisand beach, seven miles from the bus stop and close to where McLeod’s body was found, also remained closed.

The assistant chief constable Nikki Leaper said in a statement: “I can confirm that at this time there is no known link between the suspect and victim and I would like to reassure the public that at this time, we are not seeking anyone else in relation to this matter.

“A significant number of inquiries and searches have been carried out overnight and into today in relation to the ongoing murder investigation in Plymouth. These inquiries remain ongoing across a number of scenes in and around the city.

McLeod’s family were due to take part in a candlelit vigil close to the spot where she was last seen alive. One of the organisers, Charlotte Holloway, a community campaigner, said: “It is an absolute tragedy for our city.” Women she had spoken to were expressing anger as well as heartbreak, she said.

A neighbour of the McLeods, Tiffany Allan, said the teenager used to play with her daughter, dancing, singing and acting in her front room to the film Frozen. She said: “Bobbi was the quiet one. She kept herself to herself.”

Sally Haydon, Plymouth Labour’s police and crime spokesperson, said: “A young woman with her whole future ahead of her should have been able to wait at a bus stop without losing her life. Women in Plymouth should be able to be out and about anywhere in our city without having to worry constantly about their safety, and this just reminds us once again that this is not the case. Urgent action needs to be taken both at a national and local level to address the issues which mean we are seeing these terrible events happening at an alarming level across the country.” 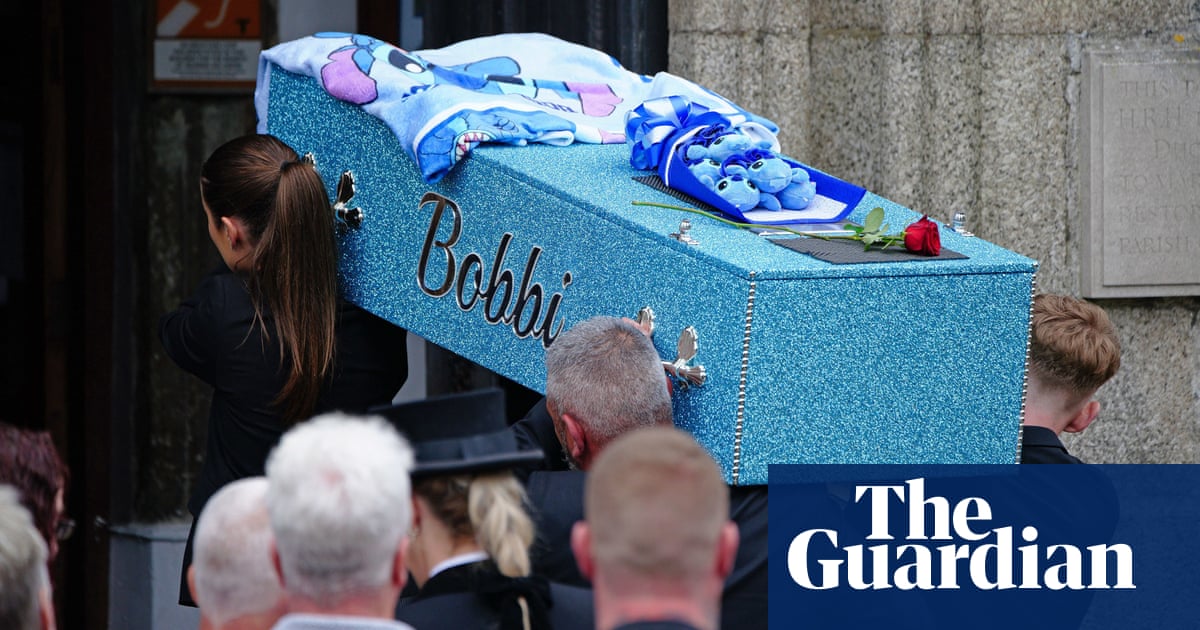 Hundreds of mourners lined the streets of Plymouth for the funeral of the murdered teenager Bobbi-Anne McLeod as city leaders acknowledged more needed to be done to keep women and girls safe. McLeod’s favourite music ...