Blushing bridegroom Boris Johnson is not wedded to reality 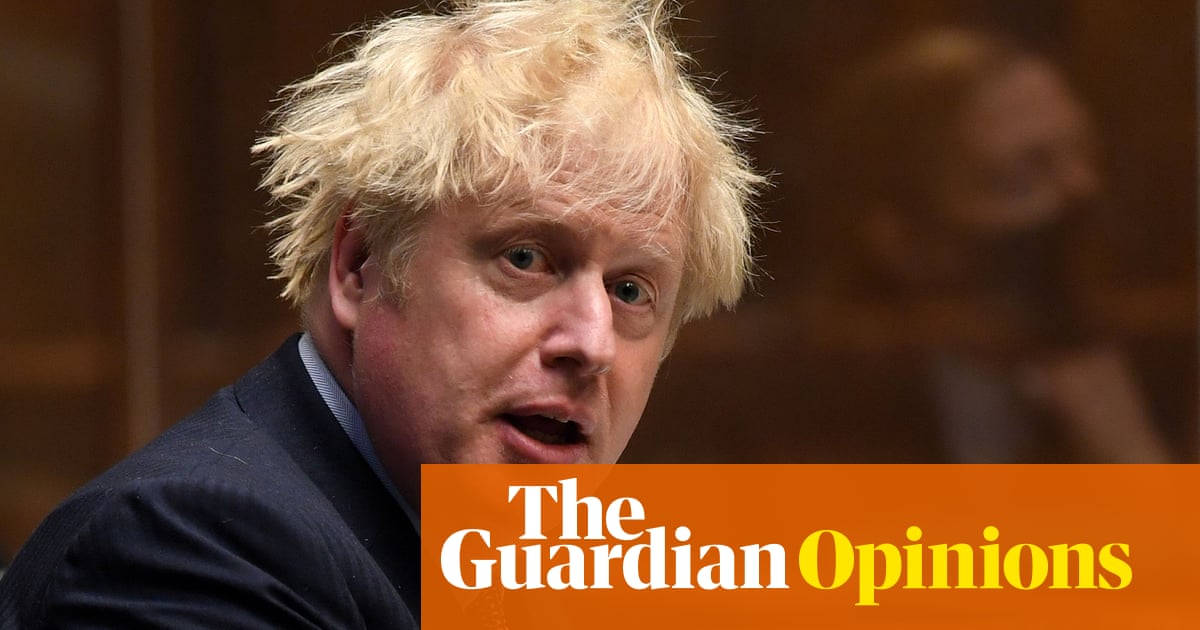 Don’t mention the sausage war! With Brexit a no-go zone despite the recent escalation in tension between the UK and the EU over the Northern Ireland protocol, Labour’s official position on the subject appears to be not to have one. Hoping that the cold-cut war will somehow resolve itself and disappear, Keir Starmer chose to go in on the much safer ground of education at prime minister’s questions. Though not before first congratulating Boris Johnson on having recently got married.

The prime minister didn’t seem best pleased to be reminded. Maybe the thought of having had to pay for the ceremony and reception out of his own pocket is still too raw. Rather than accepting the tribute gracefully, he just stared down at the floor in embarrassment and ignored it. It’s just possible that the man who, according to a recent profile in the Atlantic magazine, sees life and politics as a series of stories has yet to come up with a narrative for his new marriage. He wouldn’t be the only one.

Though Boris does though have a story for the latest education debacle. Or rather, he has a fantasy. One in which Kevan Collins, the education recovery chief that he had appointed back in February, had quit the job because the government had fully delivered on his proposals and his work was done. Which isn’t quite the way Collins or anyone else saw his resignation. He had described Johnson’s decision to stump up just a tenth of the money he considered necessary to bring students up to the attainment standards that had been lost to the pandemic as totally inadequate and had jumped ship in protest.

All of which the Labour leader duly pointed out. Yet time and again Boris insisted the opposite was true. The tutoring programme was the biggest of its kind in the world. Which made you wonder what the Americans who were spending 32 times as much per pupil were doing with their money. He was investing £14bn in catch-up funds. He meant to say £1.4bn but what’s a decimal point between friends? Johnson also twice said that the tutoring scheme would benefit those pupils whose parents hadn’t been able to afford private tutors through their own hard work. Rather implying that those who didn’t have the dosh had just been too lazy to earn the money to pay for the tutoring themselves.

As so often, the exchanges between Starmer and Johnson ended in impasse. Though the Labour leader clearly had the better of the argument, Boris’s refusal to answer the questions rendered the whole thing pointless. You could sense Keir’s frustration. Ennui even. There was a time when he believed that his forensic style of questioning could get under Johnson’s skin and expose weaknesses in the government, but the prime minister has realised he doesn’t have to engage with the substance because there is no parliamentary mechanism to force him. Rather he can indulge his passion for stories by inventing his own parallel narrative.

And it’s hard to see what more Starmer can do to hold Johnson to account. Other than possibly to turn PMQs into a piece of surreal performance art by asking Boris to explain his education policy through the medium of interpretive dance. Or to ask him a whole load of open-ended questions about modern manners. For instance, was it customary to start a refurbishment project with no idea how much work is involved or how much it is going to cost? Or since he had been just married in a Catholic church, did he consider his previous marriages not to have taken place and four of his children to have been born out of wedlock? Somehow this doesn’t feel like Starmer’s style. But until something changes, PMQs is rapidly becoming an empty and pointless exercise.

Things didn’t improve when the SNP’s Ian Blackford tried to shame Johnson for being the only world leader at the G7, which the UK is hosting in Cornwall this weekend, to cut his country’s overseas aid budget during the pandemic. Boris merely shrugged the whole thing off as something of a stunt cooked up by “lefty propaganda”.

The SNP leader observed that this was the first time he had heard Theresa May – one of the many high-profile Tories opposed to the cut in overseas aid spending from 0.7% ...에 0.5% of gross national income – described as a lefty propagandist, and talked of some of the aid programmes whose cuts would result in tens of thousands of deaths for people in some of the poorest countries in the world. Again, Johnson just ignored him by lying that the local elections had essentially been a vote on the aid cuts. He was popular, his policies were popular and so he could do what he liked when he liked.

There was no better illustration of this than in his reply to a question from Labour’s Andrew Gwynne on the resignation of so many key advisers. We have always been bound by the ministerial code, Johnson said dismissively. Not true. Priti Patel has been found to have broken it. Boris and Matt Hancock have been found to have pushed it to its limits by a supposedly independent arbiter whom Boris himself appointed. And now Michael Gove is in the dock. But all this is water off a duck’s back to Johnson. At some point he will come unstuck – like every narcissist he germinates the seeds of his own destruction – but right now he’s riding the crest of the vaccine wave and looks pretty much untouchable.