Blinken: US supports Israel’s right to defence against Hamas – video 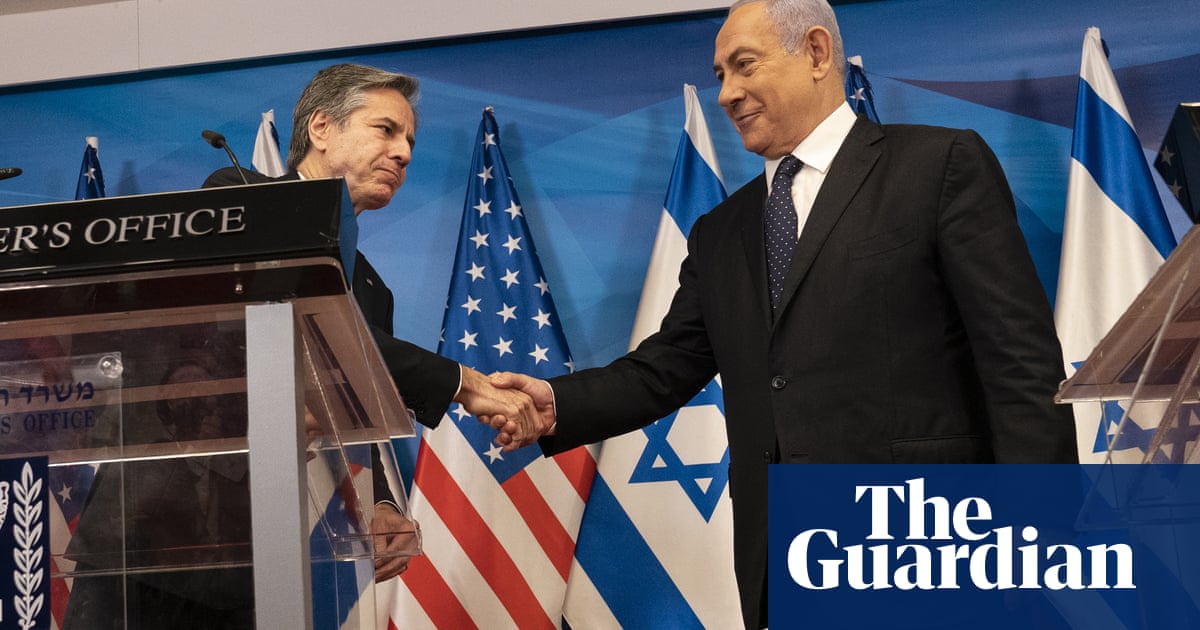 The US secretary of state has arrived in Jerusalem at the start of a Middle East tour aimed at shoring up the Gaza ceasefire. In a joint press conference with Benjamin Netanyahu, the Israeli prime minister, Antony Blinken said the US ‘fully supports Israel’s right to defend itself against attacks’ such as those by Hamas. A ceasefire was called after 11 days of fighting in which 250 people were killed by Israeli airstrikes on Gaza and 12 people died when Hamas rockets struck Israel.

Netanyahu spoke positively of his relationship with the US as well as a common ideal of recognising Israel as a Jewish state.