Blackpool welcomes return of visitors but worries about summer 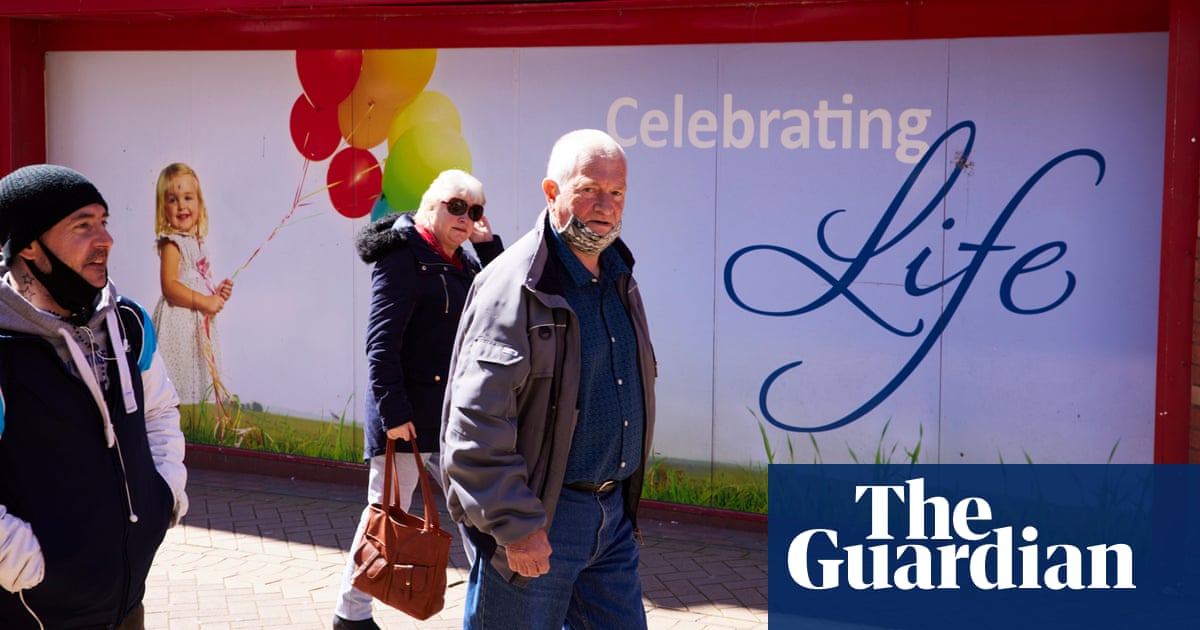 'Ek felt like a kid going to Disneyland for the first time,” said Blake Lockwood, 22, describing the giddy journey to Blackpool pleasure beach from Leeds on Monday morning. “There was a buzz from everyone on the train,” added Brad Walker, 19.

The pair were up at 6am to prepare for their big day out, with a detailed itinerary of the park’s 11 rides planned, followed by food, tamer rides while lunch digests, and then a drink on a sunny pub terrace.

Staff celebrating the family-owned theme park’s 125th anniversary were just as excited to greet customers again – many of whom were season ticket holders – as restrictions on nonessential businesses were eased after months of closure. Screaming rollercoaster riders whizzed past union jack flags at half mast in a nod to the declared period of national mourning for Prince Philip.

The pleasure beach remained open throughout the second world war and in the 19 years that the ride area manager Claire Birkett has worked at the park had only shut its doors in mid-season once, because of heavy snow. “It’s been very hard for us closing," sy het gese. “It’s just been one of the hardest years for everybody. And hopefully we can put a bit more smiles on everybody’s faces and get back to some kind of normality.”

It was a sentiment echoed by Alan Melling, 27, enjoying the rides with his two stepchildren and partner. “It’s just nice to get some fresh air and to do something active with the family.” He said they had jumped for joy when they saw the blue skies and sun. “It just makes it 10 times better a day when it’s like this.”

Beverley Naylor, 42, is planning to make the trip from Wigan to Blackpool every day this week. Her eight-year-old son had just taken his first ride on the thrilling Icon rollercoaster after they had dropped off homemade cupcakes for the customer service staff to welcome them back.

“This place is in our hearts and it’s in our souls,” Naylor said. “For me, it’s one of the best places on earth there is to be.”

One person hoping that other tourists felt the same was Rachel Jarvis, 55, who runs a hotel near the Winter Gardens. The seaside resort’s economy, heavily reliant on visitors, has been hit hard by the pandemic. According to a verslag doen published by Blackpool council, an estimate based on parking usage suggests that visitor numbers have fallen by almost half. Despite a surge when tourism reopened at the beginning of last summer, the report shows a steep decline, aanhaal “confusing tier restrictions” that undermined consumer confidence from late September onwards.

Jarvis, enjoying a coffee on the terrace at the Velvet Coaster Wetherspoons pub, was clear about the impact. “Financially, we’ve lost our business this year again.” The hotel relies on visitors, many international, attending Blackpool’s usual schedule of events such as the World Dance Masters championships at the end of July and the Blackpool Air Show in August. The latter was cancelled last week for the second year running due to uncertainty around the rules on the staging of mass events, as was the Lytham music festival, set to be headlined by Lionel Richie and Diana Ross.

Jarvis described business owners such as herself as being in a state of “not knowing”, with several customers holding off booking until the rules around flights were clearer. The council is aware of the pressure on the tourism and hospitality businesses, announcing on Monday a £1m investment plan to help the resort recover from what it described as the “near-catastrophic effects” of the pandemic. It has also extended the annual illuminations season until January.

Gillian Campbell, who heads tourism and culture for Blackpool council, acknowledged that there could be more cancelled events and that there were still “difficult months ahead”. Campbell said the investment would be focused on marketing and events to encourage tourists to come to Blackpool on holiday, not just while international travel is ruled out in 2021, but in future years too.

Mark Yates, who runs Brooks Collectibles, a vintage toy business, said he needs the plan to work. “It’s so nice to see and speak to people again, to have a laugh and ask how they’ve been through it all. Maar vir ons, it’s a weird one," hy het gesê.

“In Blackpool a lot of our businesses are seasonal, so we know we’ve got until November this year to make up what we’ve lost or we’re gone. It’s a lot of pressure.”