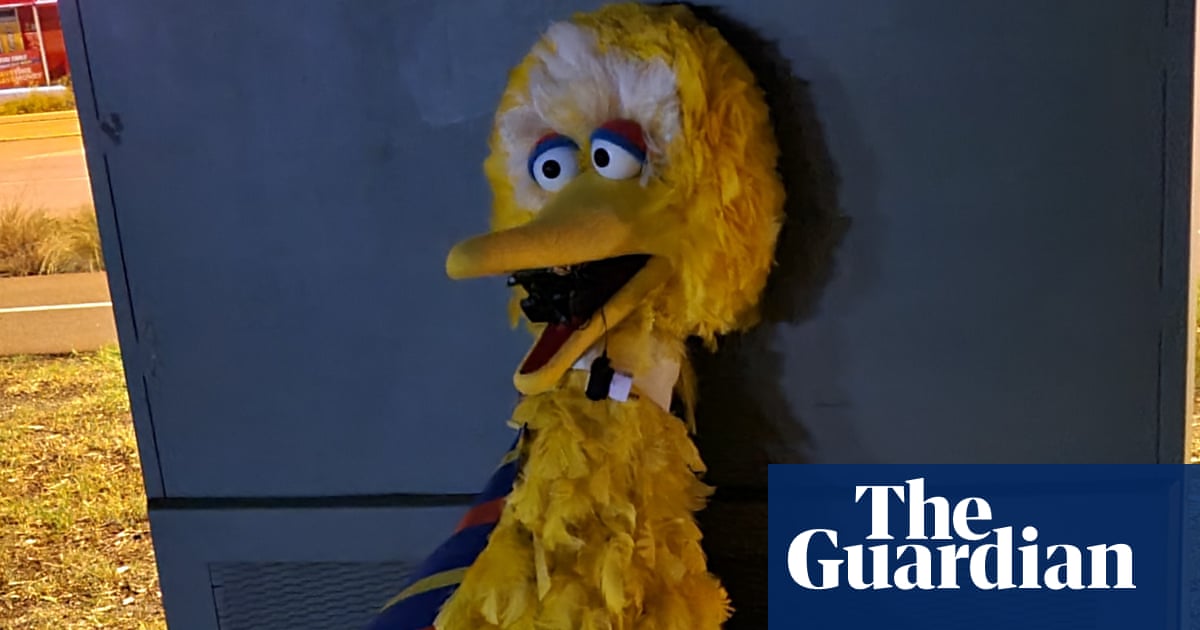 The “Big Bird Bandits” who allegedly stole a Sesame Street costume from a circus in Adelaide have been tracked down and charged.

The 213cm-tall bright yellow Big Bird costume reportedly made of ostrich feathers – valued at $160,000 – disappeared earlier this week but was found dumped near an electricity box at the south-western end of the circus early on Wednesday morning.

The alleged thieves left behind a note in the beak, apologising for the trouble they had caused.

“We were just having a rough time and were trying to cheer ourselves up,” it read.

“We had a great time with Mr Bird. He’s a great guy and no harm came to our friend. Sorry to be such a big [burden].

The gigantic costume was flown in from New York to take part in the circus.

Circus director Keith Brown told ABC Radio Adelaide that a trail of feathers were left by the “bandits”.

South Australia police said two men, aged 26 and 22 from Norwood and Murray Bridge, were arrested on Friday night and later charged with theft and being unlawfully on premises.

They have been granted bail and are next due to appear at Adelaide magistrates court in late June.