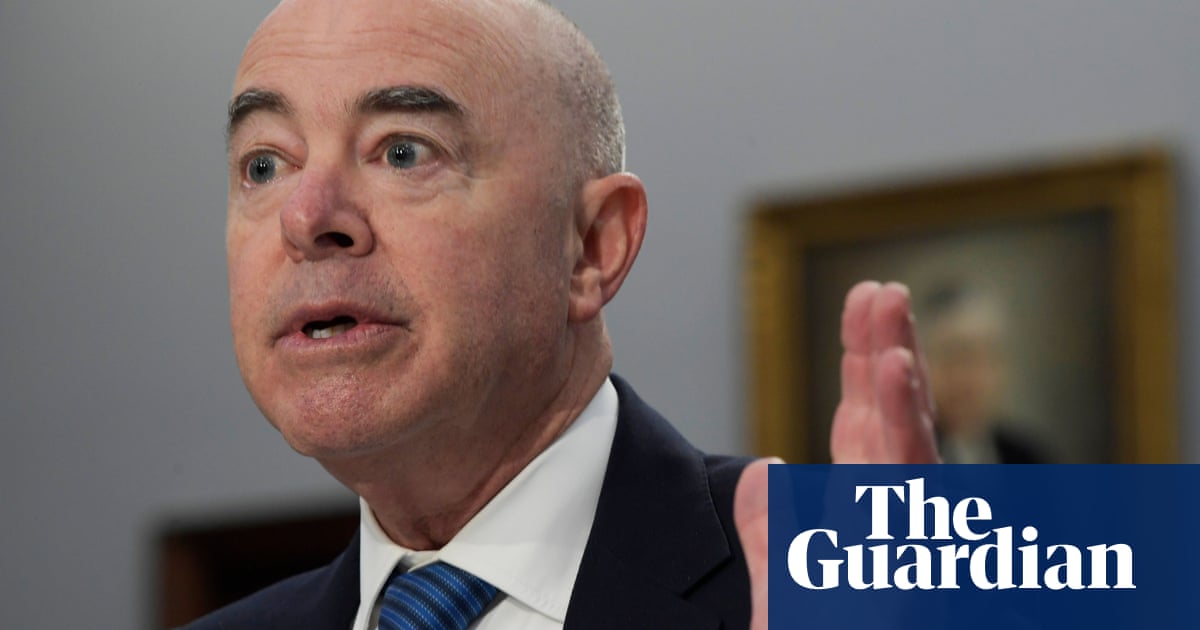 Joe Biden’s top border official said on Sunday he was unconcerned by threats from the top House Republican that the GOP could impeach him if it regains the majority after the midterm elections, as the Biden administration forges ahead with plans to ease a coronavirus-related immigration restriction.

Speaking on CNN’s State of the Union, Alejandro Mayorkas, the homeland security secretary, addressed the remarks from the House minority leader, Kevin McCarthy.

“I am incredibly proud to work with 250,000 dedicated and talented personnel and I look forward to continuing to do so,” Mayorkas said.

“I am not [concerned about the possibility of impeachment] – I am focused on mission and supporting our incredible workforce.”

Republicans are building a key part of their midterm strategy around a byzantine public health order invoked by Donald Trump’s administration in March 2020 to ostensibly control the spread of Covid-19 along the border with Mexico.

Faced with pressure from immigration advocates and progressives, the Biden administration wants to lift the so-called title 42 restriction, which allows authorities to immediately expel migrants seeking entry instead of allowing them to remain while their claim for asylum is reviewed.

But Republicans, and even some Democrats, argue that the federal government is not prepared for the projected increase in migrants making asylum claims if title 42 is lifted on 23 May as planned.

The homeland security department anticipates as many as 18,000 migrants daily at the border in the wake of elimination of Title 42, up from 6,000.

On Sunday, Mayorkas acknowledged “that is going to be an extraordinary strain on our system”. He also declined an opportunity to say whether or not he believed title 42 should remain, saying he was “not a public health expert” but rather an enforcer of laws.

Nonetheless, Mayorkas insisted the administration was prepared for the consequences of lifting title 42 and expecting cooperation from Mexico and other countries south of the border.

“We didn’t just start this,” Mayorkas said, echoing his message in more than eight hours of testimony on Capitol Hill over two days recently. “We’ve been doing it for months.”

McCarthy invoked Mayorkas’s name during a trip to the border last month, as Republicans sought to tie the title 42 debate to election themes such as crime and voter fraud.

The top Republican in the House had just made headlines over audio recordings of him telling other lawmakers in his party he thought Trump should be impeached – if not resign – over the Capitol attack.

McCarthy tried to deny he ever said any of that – before the release of the audio recordings.

At the border, McCarthy said it was Mayorkas who should worry about impeachment if the Republicans flip Congress in the midterm elections, unless the homeland security secretary kept title 42 in place.

“This is his moment in time to do his job,” McCarthy said. “But at any time if someone is derelict in their job, there is always the option of impeaching somebody.”

Mayorkas also addressed criticisms aimed at him over his office’s recent creation of a so-called misinformation governing board tasked with counteracting misleading information about the border, whether from political enemies of the US or smugglers trying to convince migrants to hire them for help crossing into the country despite not having permission.

Some lawmakers, mainly Republicans, have argued that the board could stifle free speech. But Mayorkas said the board would simply issue recommendations on how best to combat misrepresentations that in the past have fueled sudden surges of travel to the border and overwhelmed authorities there.

“Those criticisms are precisely the opposite of what this small working group … will do,” Mayorkas said.