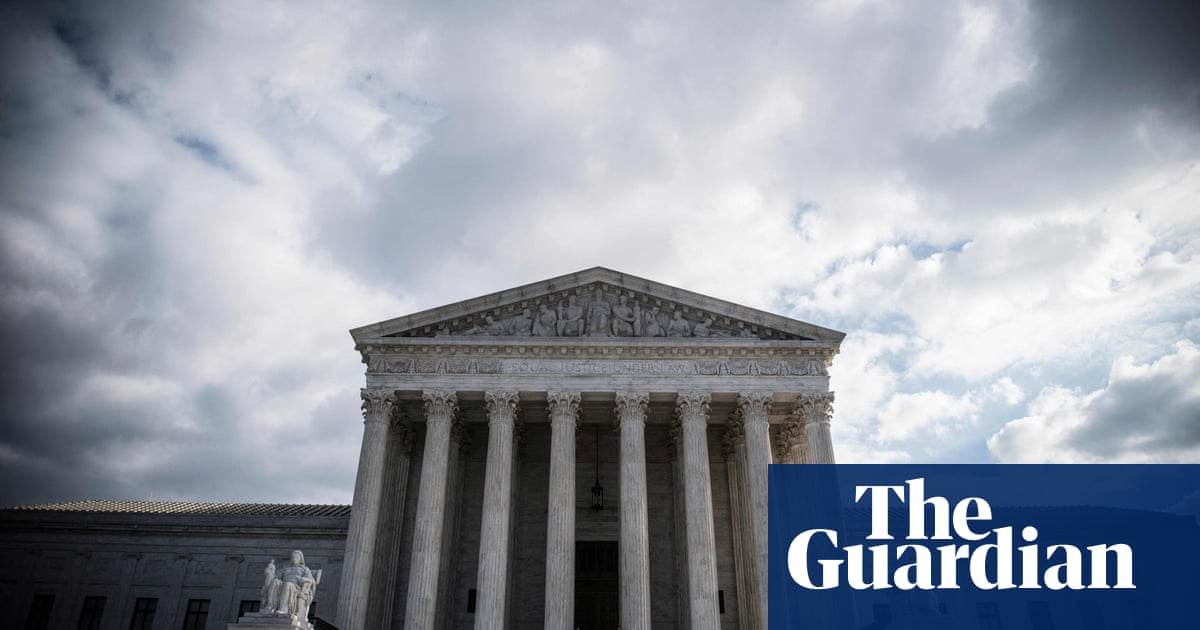 A conservative academic who was selected by the Biden administration to serve on a bi-partisan commission on reform of the US supreme court was an outspoken defender of Brett Kavanaugh, and previously suggested Christine Blasey Ford, who accused Kavanaugh of sexual assault, could possibly be investigated for perjury.

Adam White, a law professor at George Mason University Law School and a contributor at the Federalist Society, which has emerged as the most influential conservative body for selecting Republican judges, published several tweets about Kavanaugh’s confirmation hearing in which he denigrated the accusations of sexual assault and accused Democrats of pursuing a “character-assassination” of the judge.

White’s inclusion on the Biden administration’s commission has been met with frustration among some progressive advocates for court reform, who said it was a sign that the commission’s mission did not reflect a serious intention to increase the number of justices sitting on the high court, which is their primary goal.

Biden has not said whether he supports expanding the court, a fact that irks advocates on the left who see it as the only response to their contention that Republicans have abused the confirmation process and thereby stacked the supreme court with a conservative majority for decades.

“The rushed confirmation of Brett Kavanaugh despite credible allegations of sexual assault is precisely the kind of bad-faith Republican behavior that left the supreme court in need of reform,” said Katie O’Connor, deputy chief counsel at Demand Justice. “Someone who defended the rushed confirmation process and dismissed Dr Ford’s allegations is part of the problem, not part of the solution.”

White is closely affiliated to the Federalist Society and other conservative groups that have shaped Republicans’ dominance of the supreme court, including selecting judges for promotion. They also staunchly oppose any reform of the court that would increase the number of serving justices.

When Biden signed an executive order creating the commission earlier this month, fulfilling a campaign promise, the White House said the commission’s purpose was to provide an analysis of the arguments for and against supreme court reform, including an examination of the genesis of the reform proposals, and issues such as the “membership and size of the court”.

Among the commission’s conservative members, White stands out for his defense of Kavanaugh and repeated suggestions that Ford’s account of the alleged assault when she and Kavanaugh were teenagers was dishonest or fabricated.

White also criticized reporters in October 2018 for allegedly not seeking to corroborate any of Ford’s “varying accusations”. Ford had, weeks earlier, submitted four sworn and signed declarations that showed she had previously informed friends and family, including her husband, about the alleged assault.

“White’s aggressive defense of Brett Kavanaugh, which included attacking Christine Blasey Ford’s character when she came forward with allegations that Kavanaugh abused her, are unacceptable. We need a new consensus to help repair the legitimacy of the supreme court … but we cannot do that if the people in charge of studying potential reform are the same people that helped undermine the court in the first place,” said Bridget Todd at UltraViolet, a national women’s organization.

Kavanaugh has denied he assaulted Ford as well as other allegations of sexual misconduct, including a claim by accuser Deborah Ramirez that he exposed himself and drunkenly pushed his genitals in her face at a Yale University party in the 1983-1984 academic year.

The progressive legal expert Elie Mystal, writing in The Nation, said the commission had been designed to fail, in part because the Biden administration had included conservatives such as White to seek to balance some of the center-left experts also included in the group.

“Instead of balancing [them] with more, or any, outspoken advocates of court reform, Biden went the other way and put Federalist Society scholars and judges in there to drag the whole thing to the right,” Mystal wrote.

Mystal added: “I cannot recall the last time a Republican president bothered even to consult a Democratic voice, never mind a genuinely left voice, on how to proceed with a matter related to the supreme court. But Democrats continue to act like they need a hall pass from Republicans before they take any action.”

White declined to comment on his previous remarks about Kavanaugh.