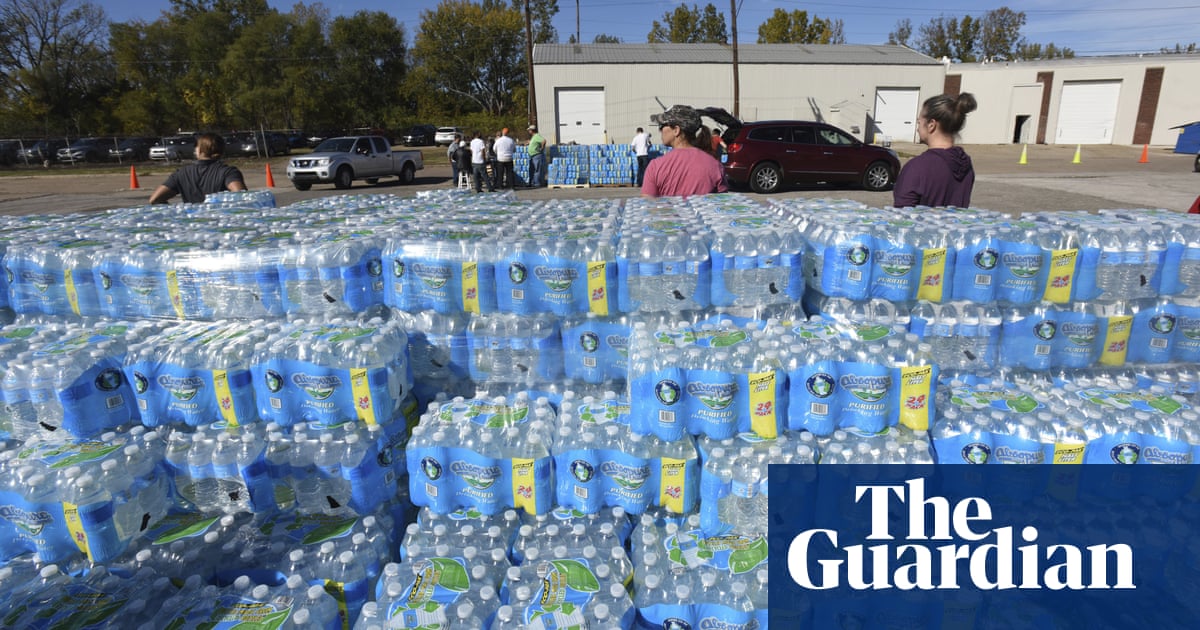 这 Biden administration on Thursday announced a “whole of government strategy” to remove dangerous lead from Americans’ drinking water, including billions of dollars to begin replacing 100% of the lead pipes servicing the nation’s homes.

Environmental groups praised the plan, which includes a promise to begin the process of strengthening the nation’s drinking water standards to reflect the science showing that lead is toxic for children at any level.

But lawyers at the Natural Resources Defense Council (NRDC), which has been leading efforts to fight lead, said they worry that the plan lacks a solid timeline and fails to deliver enforceable requirements.

The set of actions announced by the Environmental Protection Agency (EPA) included the release of the first $2.9bn of $15bn approved in Biden’s infrastructure plan for local water agencies to begin replacing lead pipes and called for the efforts to focus on the low-income communities who face the most risk of lead poisoning. It also listed 15 new actions across 10 federal agencies to address lead dangers from both water and paint.

“The science on lead is settled – there is no safe level of exposure and it is time to remove this risk to support thriving people and vibrant communities,” said EPA administrator Michael S Regan in a statement. He said he has met with residents in numerous communities with lead-contaminated water, including Benton Harbor and Flint in 密西根州. “These conversations have underscored the need to proactively remove lead service lines, especially in low-income communities.”

But the plan allows a Trump-era rule to go into effect immediately, which would keep the federal action limit for lead at 15 parts per billion of lead in drinking water – something activists say is too high. The Trump administration proposed the new rule in December 2020, but the Biden administration delayed implementation in order to conduct a review.

The EPA announced it would begin a lengthy process for reviewing this federal standard – known as the Lead and Copper Rule – and hopes to strengthen it. But environmentalists from the NRDC say the new rule is too weak and allowing it to go into effect will drag out the pipeline-replacement timeline, potentially allowing lead contamination to continue for more than a decade.

“The EPA’s promise to take aggressive action to address lead-contaminated water and strengthen its rules are appreciated, but good intentions won’t be enough to get the job done,” said Erik D Olson, senior strategic director of health at NRDC. “The top priority must be to require removal of all lead pipes within the decade and to set a strict at-the-tap standard, which is the only way to prevent another generation of kids from drinking water through what is essentially a lead straw.”

The federal government estimates that as many as 10m homes in America still have lead service lines, despite the fact that pipes containing lead were banned from new construction decades ago. Low-income families, who tend to live in older homes, including disproportionate numbers of Black and Latinos, face the most risk of lead contamination.

In the announcement of the “Biden-Harris lead pipe and paint action plan”, the administration promised to release billions of dollars and a host of new resources to state and local agencies to tackle every aspect of the lead crisis.

“The Biden-Harris administration will correct these wrongs and use every tool at its disposal to eliminate all lead service lines and remediate lead paint,” said the administration’s announcement.

But on the ground, residents in lead-tainted communities are hoping help will come fast. In Benton Harbor, 密西根州, a mostly black community, residents are forced to use bottled water, because the lead levels in their water have exceeded standards for at least three years. In Flint, 密西根州, a years-long lead crisis beginning in 2014 exposed thousands of children to lead in drinking water.

“Any lead is unacceptable to children’s health,” said Rev. Edward Pinkney, a Benton Harbor activist, who has called on the government to immediately strengthen the lead laws.

本星期, water officials in Benton Harbor announced they have lowered the lead levels in the city down to the edge of federally allowable amounts of 15 parts per billion. But Pinkney cited the Centers for Disease Control guidance that any amount of lead can affect children’s brain development and harm health.

“That’s still way too high. They should try to get it down to five parts per billion,” said Pinkney. “That’s something we can work with.”

Many Americans don’t even realize that they are drinking through lead water lines. And the NRDC says the lead laws being implemented require only scant testing of tap water quality and then provide few enforcement measures.

Other environmental groups whole-heartedly praised the plan as “an ambitious federal effort to end lead contamination.

“We’ve known for decades that lead is highly toxic for kids – harming their growth, development, and learning,” said Matt Casale, environment campaigns director for US PIRG. “We are hopeful that the Biden-Harris Lead Pipe and Paint Action Plan marks the moment when our nation commits the rules and resources needed to eliminate this health hazard, so our kids have safe drinking water wherever they go to learn and play each day.”

On a recent visit to a family farm in rural Illinois, thousands of miles away from the front lines of the grinding war in Ukraine, Joe Biden lashed out at his Russian counterpart, 弗拉基米尔普京, blaming him for desta...

美国总统, 乔拜登, has welcomed the Finnish and Swedish leaders to the White House promising full support for their membership applications to what he called a “revived Nato” in the wake of the Ukraine invas...