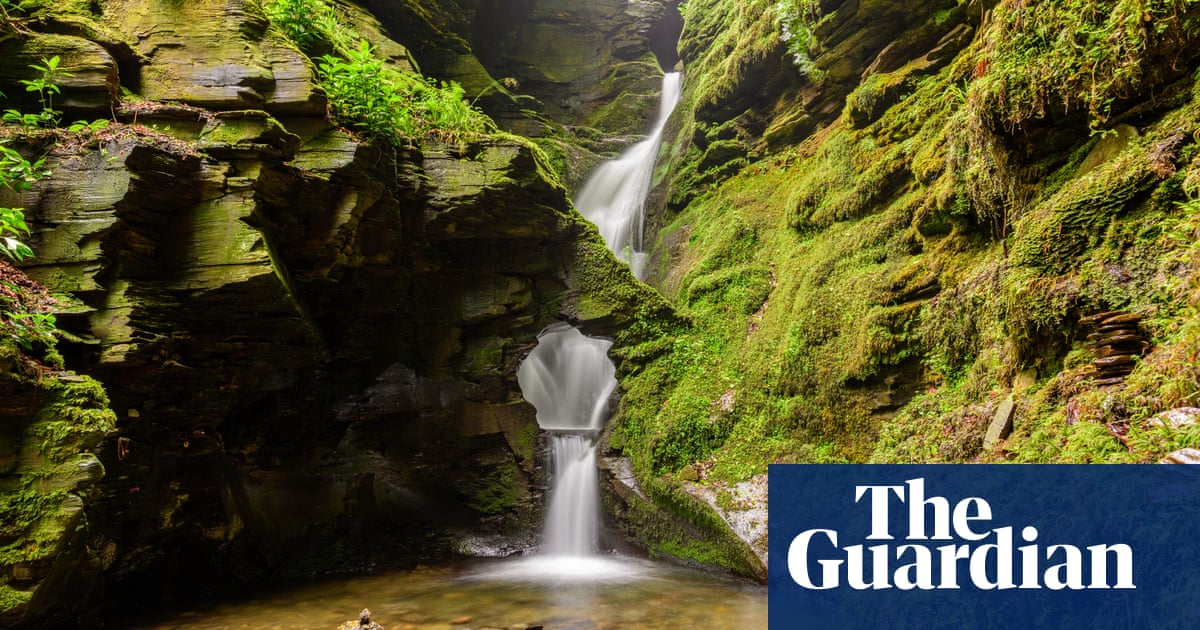 Each summer the narrow roads down to Kynance Cove and Porthcurno grind to a halt under the weight of holidaymakers all heading to the same “isolated” beaches. With the car parks full and the verges too, visitors and locals get hot under the collar in their stationary cars. Horns are honked, tempers fray, words are exchanged and the peace everyone is seeking is shattered.

With this year set to be a year of holidaying at home, the usual honeypots will be busier than ever and there will probably be even more of a bunfight to find an unoccupied patch of golden sand. So, if you don’t want to contribute to the overcrowding problem, or just want to avoid the crush, turn your sights inland, to some of Cornwall’s slightly lesser-known gems.

Cornwall is not known for its hills – its highest, Brown Willy on Bodmin Moor, stands at just 420 metres above sea level – yet, despite this, some of the county’s best sites are on high ground. These are three of my favourites.

From the peak of mainland Britain’s most westerly hill, Chapel Carn Brea, it is possible to see the Isles of Scilly on a clear day. With the hill itself being the site of neolithic and bronze age graves and barrows, and with views to several other neolithic sites, this is ancient Cornwall at its wildest. Park in the National Trust car park and follow the well-signed path to the beacon.

Carn Brea in Redruth (not to be confused with Chapel Carn Brea) is the site of another neolithic settlement. However, while Chapel Carn Brea is the jumping-off point for adventures into ancient history, Redruth’s Carn Brea sits amid Cornwall’s once-booming tin and copper mining district. At the top of the hill is the Bassett Monument, a tribute to Camborne’s famous mining son, Francis Bassett, and just along from that is the gothic-looking Carn Brea Castle (formerly the Bassetts’ hunting lodge and now a restaurant).

From here there are views of the north and south coasts across a landscape shaped by mining history, complete with engine houses. You can also see Gwennap Pit, one of the county’s many eccentric offerings: an open-air amphitheatre formed by mining activities, which became a favourite preaching pit for John Wesley. Carn Brea is circled by the Great Flat Lode trail, which follows the lines of a former mine tramway around and across the hill, for extended wandering among the heather and gorse. Use the car park at the top of Carnkie village and take the track up to Carn Brea Castle.

Given that much of St Ives will be off-limits during the G7 summit (11-13 June), if you want a distanced overview of what’s happening there, try a decent pair of binoculars from Godolphin and Tregonning hills, which are just two miles away from each other. Godolphin Hill offers commanding views over west Cornwall – on a clear day you can see St Michael’s Mount and St Ives Bay – and from the top of Tregonning there are views across to Carbis Bay, where the main G7 action will be taking place. Park in the National Trust car park at Godolphin (booking essential).

While queues for the Lost Gardens of Heligan and the Eden Project will be particularly long this year, Cornwall’s smaller gardens (some of which are close to their famous relatives) offer a more peaceful escape.

Pedn Billy is a 12-acre garden on the Helford River, next door to the subtropical paradises of Trebah and Glendurgan, both of which are also worth a visit. Pedn Billy is one of several small gardens in the Cornwall Wildlife Trust’s open gardens programme, which runs between June and September. It has its own private beach and ancient woodlands, and a more laid-back, intimate feel than the bigger players. By visiting you will be supporting the Trust’s work, protecting wildlife in and around Cornwall. Entry to most of the open gardens is £5.

Another of Cornwall’s loveliest gardens is a stone’s throw from Tintagel Castle. St Nectan’s Glen is an overlooked gem with an 18-metre waterfall, woodland walks and shaded valleys, a tiny hermitage and an arbour that looks like something straight out of Middle-earth. It’s a site heavy on atmosphere, with the hermitage carved into the rocks, the Celtic vibe of faerie stacks (small piles of stacked stones) and trees hung with ribbons (adult £5.95, child £4.70).

Less well known than Cornwall’s tin mining heritage and ancient sites is Clay Country, the villages and countryside around St Austell. The stark white and green clay tips – the spoil from the china clay industry – give the area its nickname, and the Cornish Alps warrant exploration.

Any other year I would be recommending a visit to Kneehigh Theatre’s Asylum, the huge tent in which the iconic theatre company staged some of its legendary performances. Sadly, last week Kneehigh announced that the company is winding down, though its legacy lives on in part through the free Walk With Me app, a series of guided story walks including, including Clay Country and the outer estate of Eden.

Each of the walks is accompanied by a series of short audio stories inspired by people who live in the area, which are fantastical, moving and amusing in equal measure, with one foot in the truth and the other in fiction. The stories play themselves as you reach GPS marks on the route.

The Cornish section of the South West Coast Path is one of the county’s most heavily trodden walking trails, and its 330 miles have taken a particular pounding over lockdown. But there are plenty of stunning alternatives away from the coast.

The Saints’ Way is a 27-mile route from Padstow on the north coast to Fowey on the south. Most walkers do it in two or three days, though it is possible to complete the walk in smaller sections – or just pick out the best bits, such as the stretch between Lanivet and Luxulyan. As you’d expect with a former pilgrimage route, there are plenty of churches along the way, which make good stopping points. Though the route is marked with Celtic cross markers, it is still not always immediately obvious which route to take, socareful planning is advised.

The Tinner’s Way, between St Just and St Ives, is crammed with ancient sites, and in navigating the rugged north coast and crossing the high moors you’ll encounter the ancient stone circles, quoits and menhirs for which West Penwith is known, including the 5,000-year-old Chûn Quoit and the distinctive holed Mên-an-Tol. This track has been walked since the bronze age and it shows in the sunken lanes and well-trodden paths. Its 18 miles are better signposted and shorter than the Saint’s Way, and can be walked in a single day, though again, many choose to do it in sections. Start the walk at Priest’s Cove, Cape Cornwall.

For more walks both inland and coastal, the iWalkCornwall app has more than 250 walks that can be downloaded at £2.99 a walk.

Without a boat or kayak, it may be difficult to find a hidden, empty beach in Cornwall this summer, but there are a few secret spots on known beaches that others may have overlooked.

During the 18th and 19th centuries, there was a somewhat eccentric craze for creating outdoor baths – tidal pools cut into the rocks in which bathers could experience the healing power of cold sea water. Several of these can be found at Portreath on the north coast. Lady Basset’s baths is a set of seven manmade tidal pools, all at different heights to catch the falling tide. If you don’t fancy braving the rips and currents of Cornwall’s north coast, these genteel baths offer a different way of experiencing the coast – and can be enjoyed with a cocktail at low tide.

Lady Basset’s baths are great if you want to sit and admire the view from your own personal rock bath, though they aren’t large enough to swim in. If you fancy a sea swim without getting into the sea, several Cornish beaches boast coastal pools, including at Bude and Mousehole, and the beautiful art deco lido, the Jubilee Pool at Penzance. One of these, Chapel Rock tidal pool, is just a few miles up the coast from Portreath, at Perranporth. Most visitors stay on the sand, though head for the rock with the black and white St Piran’s flag to find this tucked-away bathing pool.

And if you’re determined to find your patch of golden sand, while the beach at Perranporth directly in front of the town heaves in high season, there are always quiet corners to be found if you head away from the town along the three-miles of sand. Cornwall’s beaches tend to reward the determined and the tide-aware, so a quiet spot is often just round the corner.

Wyl Menmuir is the author of Fox Fires (Salt Publishing), which is available at the Guardian bookshop 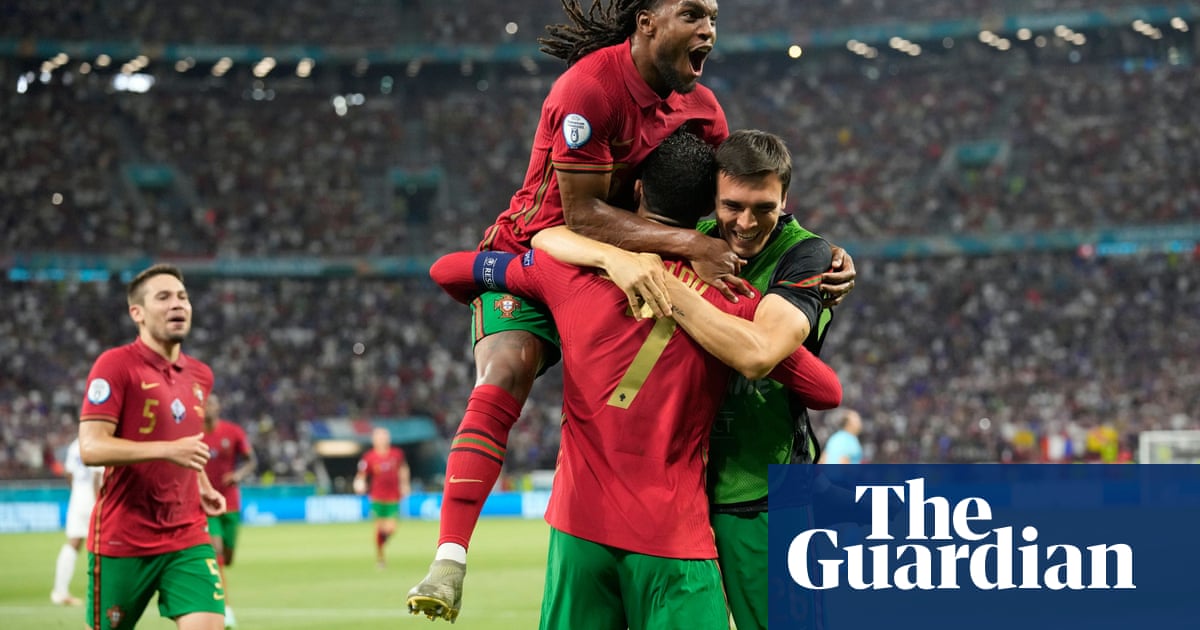 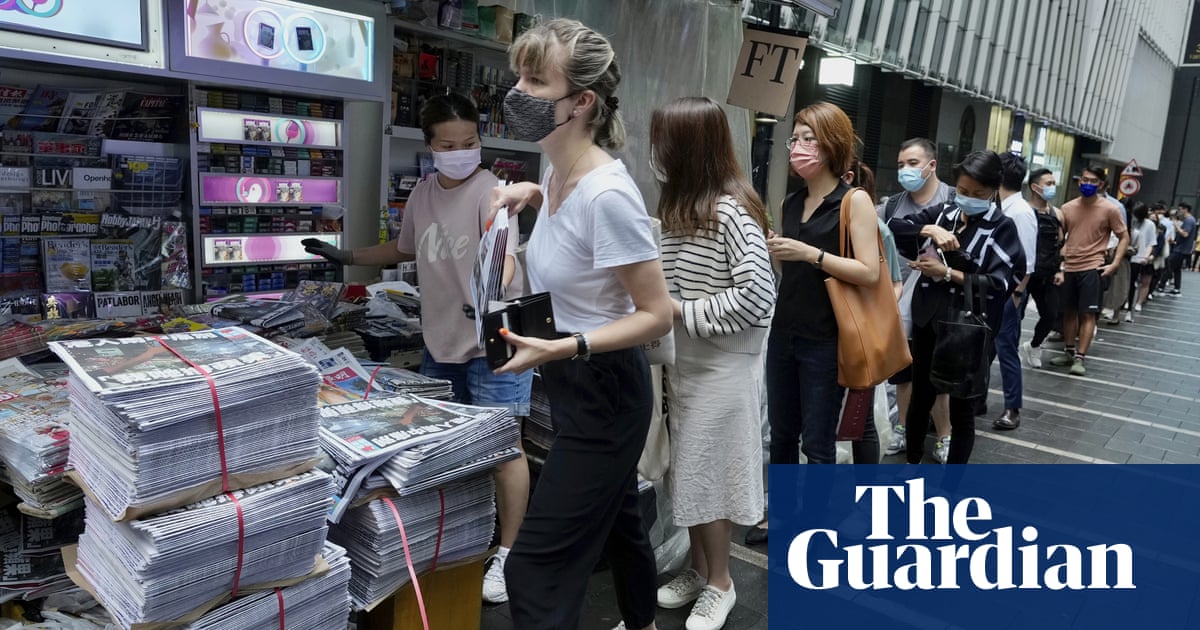 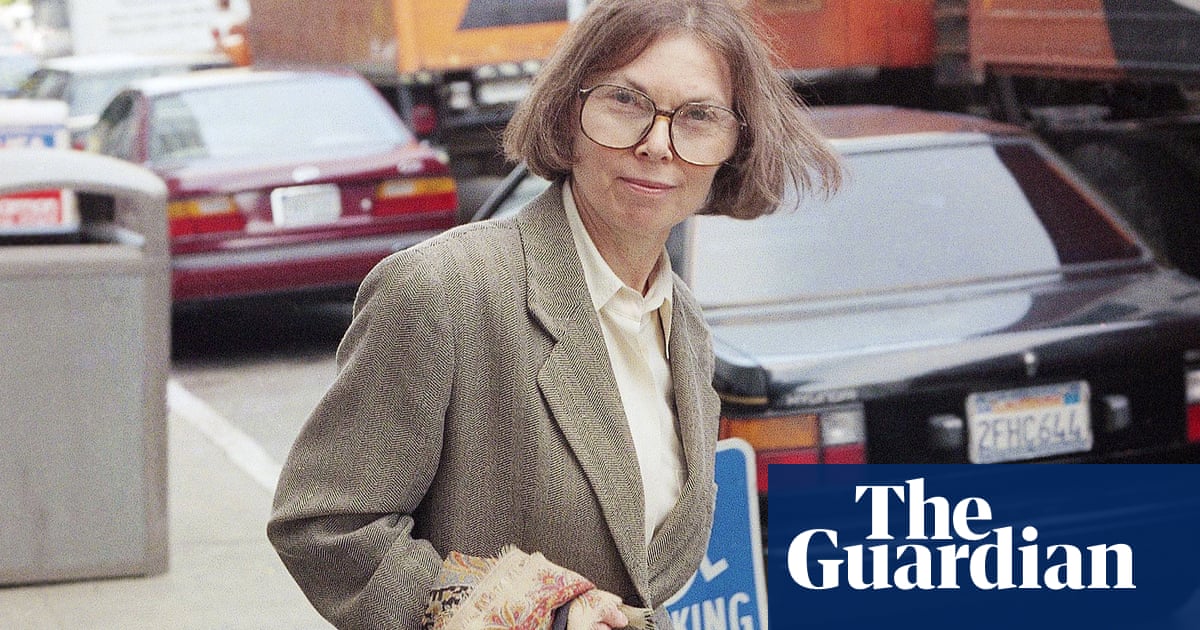 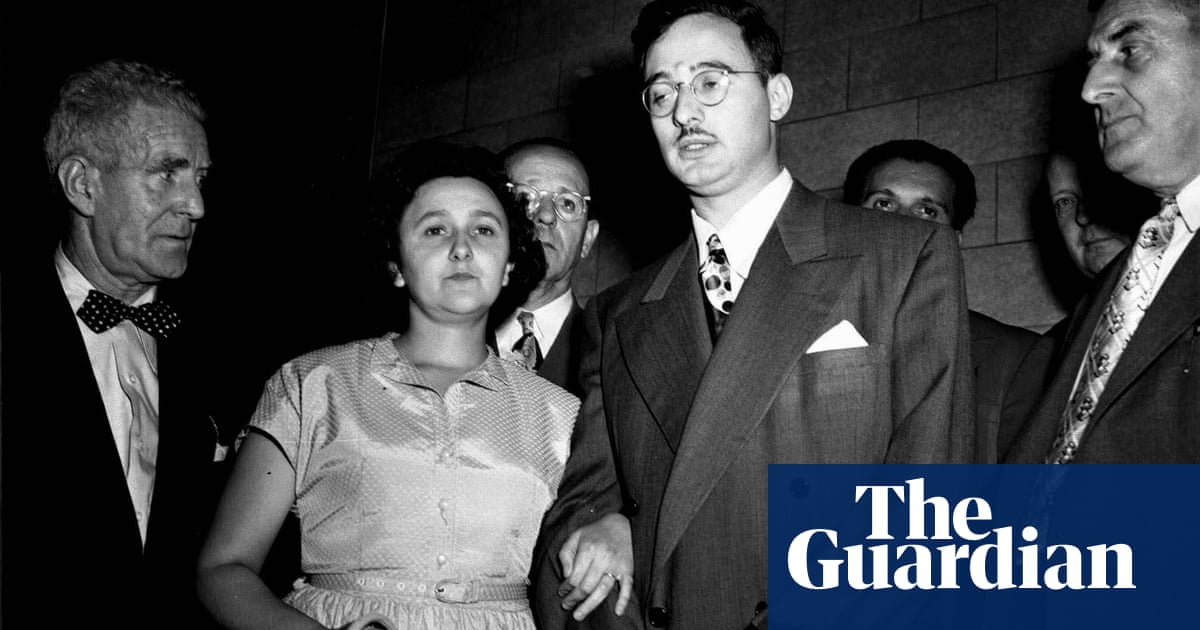 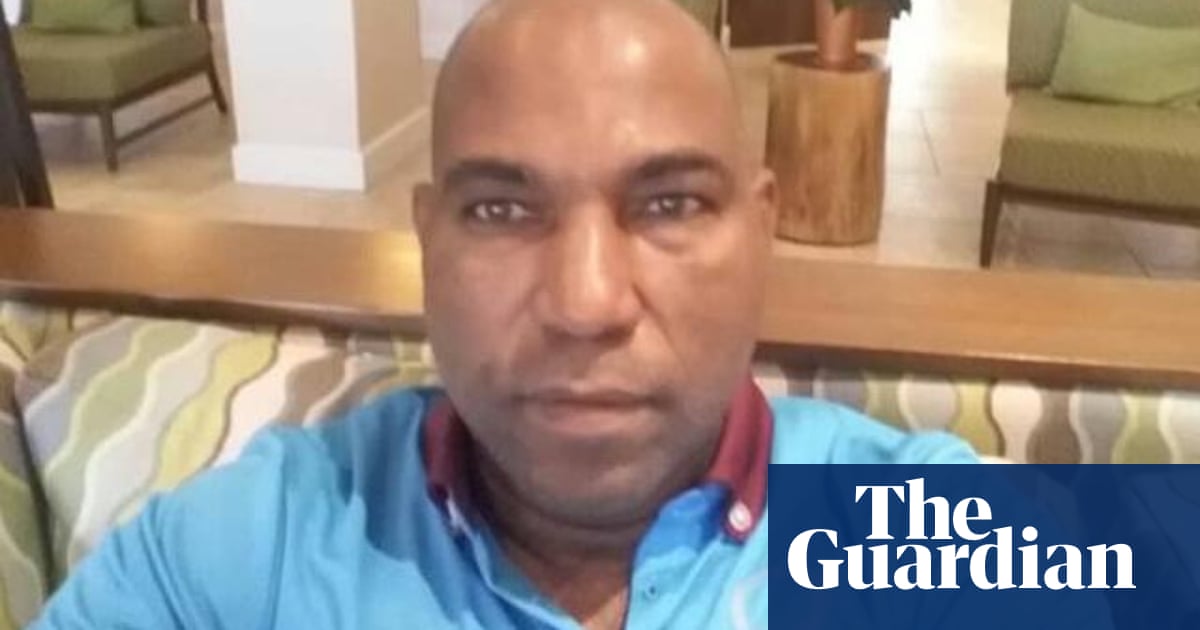 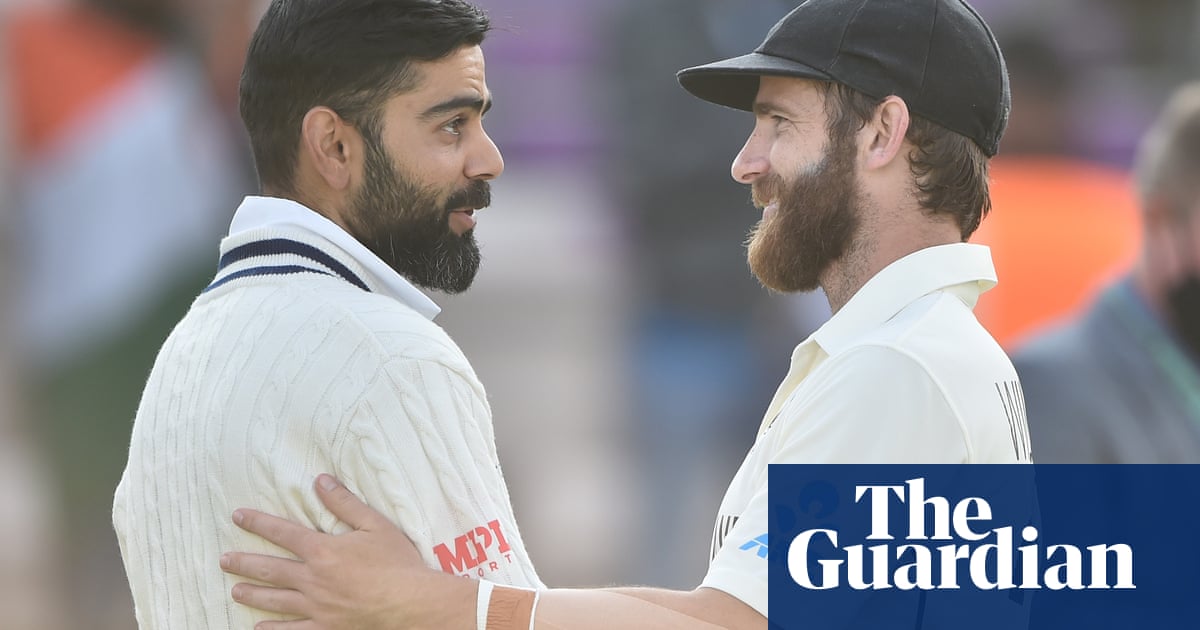 In 2001 a county match at Canterbury was held up by an obstinate Gurkha pipe band, who disregarded the end of the tea interval and carried on marching across the outfield while the bewildered Yorkshire batsmen waited ...