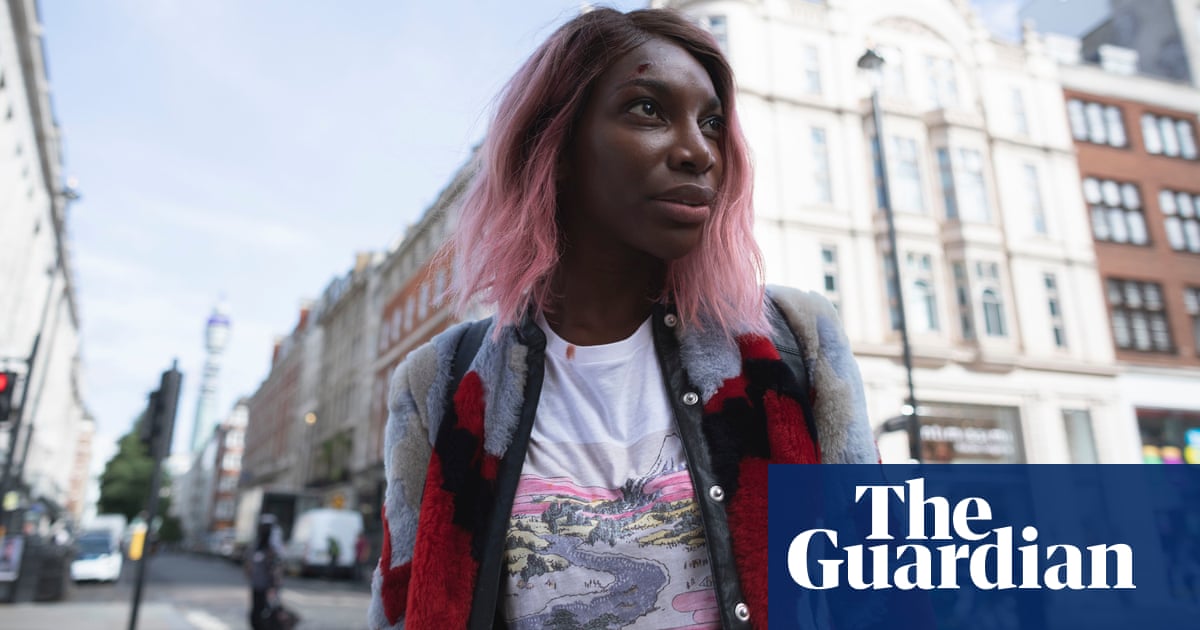 The good news is that the 2021 British Academy television awards recognise – as these trophies have not always done – glittering fresh genius where it appears.

Two daringly written and visualised dramas with first-person titles that include an aggressive verb – the BBC’s I May Destroy You and Sky Atlantic’s I Hate Suzie – receive eight and five nominations respectively. Each is driven by an exceptional creative talent in, respectively, Michaela Coel and Billie Piper. Both series explore the psychology and experience of younger women in a graphic and tragi-comic detail going beyond even Fleabag, a pioneer in that direction.

Coel achieves the rare Bafta triple crown of nods in acting, writing and (with Sam Miller) direction. Only the oddly indifferent reception of her series in the US (where it was ignored, crazily, by the Emmys and Golden Globes) can prevent Coel being lost, as Phoebe Waller-Bridge was, to Hollywood.

The drama writer category symbolises the general sense of a refreshing of the medium. Coel competes against two younger writers who emerged through theatre: Lucy Prebble for I Hate Suzie and Lucy Kirkwood, whose tremendous Adult Material for Channel 4 was, as a dark comedy about the pornography industry’s treatment of women, another stretching of television’s conventions of content and tone.

Steve McQueen is also up (with his co-writer, Alastair Siddons) for that screenwriting prize, among the 15 nominations for his TV debut, Small Axe. It is possible (and reasonable) that voters’ enthusiasm for this examination of black British history was stoked by the huge and overdue examination of racial structures that followed the Windrush deportation scandal and the murder of George Floyd. However, it is greatly to the credit of McQueen and the BBC that Small Axe had been in development since 2014. A measure of great talent is to identify the big subject before everyone notices it and, in 2020, Small Axe was in the right place at socially wrong times.

McQueen – having won the Turner prize for art, an Oscar and a film Bafta – will now surely add TV Baftas, completing a unique awards quartet, cementing him as one of the biggest figures of 21st-century British culture.

There is also, poignantly, a posthumous nomination for Paul Ritter, a terrific actor who died at 54 this month, for his turn in Friday Night Dinner. The complete disregarding of David Hare’s Westminster thriller Roadkill prevents any equivalent recognition for Helen McCrory, the best thing about it, who was this month’s other devastating acting loss, at 52. McCrory will be one of the most heartbreaking faces in the montage of the year’s departed that is a feature of Bafta ceremonies.

Less commendably, in a period dominated by debates over “fake news” and lying politicians, it feels queasy to me that The Crown has made 10 shortlists. The spectacular historical inaccuracy of Peter Morgan’s scripts (events invented, dates shifted around to create fake ironies) risks viewers taking away “their truth” about what happened rather than the truth, especially in concert with the show’s otherwise precise recreation of the past.

To be fair, though, Bafta hasn’t ticked Morgan’s scripts, instead acknowledging the uncanny wigs, frocks and makeup, and the remarkable eyes and ears of the actors for the tics of their real-life models. Tobias Menzies, in particular, merits recognition for his astonishing near-hologram of the Duke of Edinburgh. It is a huge surprise, though, that Emma Corrin is left empty-handed, having won a Golden Globe for a young Princess Diana; like Menzies, she went beyond portrayal to inhabitation.

The absence of The Queen’s Gambit – a major pleasure of 2020 for those who saw it – is due to Bafta’s “nationality” rules. As a US show, with a predominantly non-British cast and crew, it was eligible only in the international section, which omitted it. (Another Netflix series, Unorthodox, looks the rightful winner there.) However, as Netflix has so internationalised UK viewing, Bafta might usefully look at the rules, perhaps adding some international acting or craft trophies.

The network with most cause to be aggrieved is ITV, which had an exceptional 2020 in its 9pm drama slots with mini-series including Quiz, Des, White House Farm and Honour. Yet the highest recognition for any of these series is a best supporting actor nod for Michael Sheen as the broadcaster Chris Tarrant in Quiz, James Graham’s three-parter about the “coughing major” plot to steal the title prize of ITV’s Who Wants To Be A Millionaire?.

There is sadly no recognition, though, for Matthew Macfadyen as the allegedly bronchially assisted contestant, Charles Ingram – a performance of great subtlety, as the script required the actor to leave viewers in doubt about the character’s guilt. Two other extraordinary overlooked leads are David Tennant, as the chillingly courteous serial killer Denis Nilsen in Des, and Freddie Fox, for his portrayal of Jeremy Bamber, jailed for killing five family members, in White House Farm.

It is possible that the Bafta membership is collectively revolting against the genre of true crime, in which case ITV is going to have to rethink its drama slate or accept an empty trophy cabinet. I worry, though, that there may be a developing tendency to reward broader social virtues. No right-thinking person would deny that Bafta needed to spread its honours more diversely. However, I have a worry that other, less justifiable, external considerations may also be entering jury deliberations, such as conscious or unconscious bias towards “role model” performances.

Younger Bafta voters (full disclosure: I am an older one) have in the past told me in private conversations that they felt unable to endorse certain performances due to the character being “disgusting” or “evil”. Voters also told me of their objections that, in two separate recent cases, a gay actor was playing a straight man and vice versa. Those portrayals challenge the doctrine of “authentic casting” – character and actor must share the same identity or experience – that has taken root in drama schools and is spreading through the industry.

But the art of acting is based in pretence. If Anthony Hopkins truly had Alzheimer’s, he wouldn’t have been able to play (authentically, in dramatic terms) the character with dementia who has just won him a second Oscar for The Father.

And, if ITV had cast authentic serial killers in Des and White House Farm, the Home Office, crew, critics and audiences might reasonably have raised objections. It concerns me that, if, as seems possible, Tennant and Fox lost points for not playing “positive” characters, then they have suffered from two modern judgments of culture: not being nice and not being real. I hope Corrin didn’t lose out from voters’ views of Diana, or the depiction of her bulimia.

Great acting often requires being brilliantly unsympathetic. As has been widely publicised, Kenneth Branagh is now filming – with, from stills, startling visual verisimilitude – a Sky drama in which he plays Boris Johnson. If the Bafta awards are to maintain meaning, then, when that series comes before Academy voters, it must be judged, as objectively as possible, on what voters think about the production and performance values, rather than our views on Johnson, Brexit or Covid.

Tomb Raider recently celebrated its 25th anniversary, which means 25 years of articles about how Lara Croft transcended video games to become a global icon even your gran has heard of. As a female games critic, I am p...

The report was stamped CONFIDENTIAL twice on each page, with the customary warning it should “not be released to any other government except Britain, Canada, NZ and US”. About 40 years ago this week, the spooks at Aus...