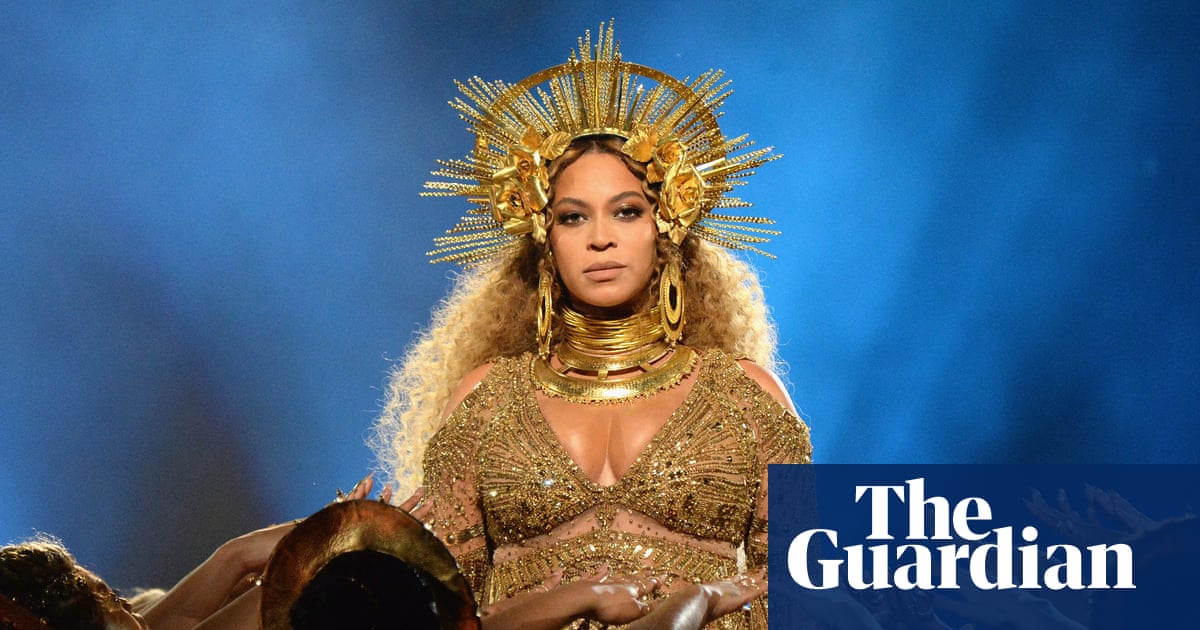 As far removed as you can get from the innovations of the Beyoncé album or Lemonade, The Closer I Get to You is a slick cover of a 1977 Roberta Flack-Donny Hathaway duet, with Luther Vandross filling the Hathaway role. It’s lovely: a great song, beautifully sung, with Beyoncé admirably uncowed by the presence of a soul titan.

As acoustic-guitar-driven, powerfully sung mainstream R&B power ballads go, If I Were a Boy is an impressively original example of type. Beneath its heartbroken lyrics about a failed relationship lurks a subtle, sad excoriation of what would now be called male privilege, the lyrics smartly switching between exploring the topic and suggesting how it might be altered.

Don’t Hurt Yourself’s co-author Jack White compared Beyoncé’s voice to that of Betty Davis, and there’s a definite hint of Davis’s raging rock/funk hybrid about Lemonade’s most aggressive track. The live version on Homecoming amps things up even further, stirring Led Zeppelin’s Kashmir into the mix.

On one level, Dangerously in Love – previously recorded by Destiny’s Child – is a decent, standard-issue R&B ballad, nothing like as distinctive as Beyoncé’s greatest songs. But it’s all about the vocal performance on her solo version, its switches from intimacy and vulnerability to full-throttle power always maintaining a hint of rawness.

Drunk in Love feels symbolic of a distinct loosening up of Beyoncé’s expertly choreographed image. A song about the messy cocktail of alcohol and sex, its lyrics are filled with gleeful double entendres – “park it in my lot”, “ride it on my surfboard” – while its music is equal parts woozy and euphoric.

A Jay-Z guest slot, blasting brass and a distinct old-school funk feel, but Déjà Vu is more than just Crazy in Love 2.0. There’s an argument that, while less hooky, it’s a melodically stronger song than its more famous sibling, and the intro, where Beyoncé gradually introduces each instrument over an urgent bassline, is spectacularly exciting.

A low-key delight amid Lemonade’s attention-grabbing hell-hath-no-fury, All Night is, in its own way, as striking as anything on the album. A beautifully written song about the seldom-explored topic of long-term monogamy, its musical setting nods towards 60s southern soul, lent extra power by the emotional commitment in her voice.

Audibly similar to Lil Wayne’s A Milli, but none the worse for that, Diva’s brilliance lies in the way it snappily reclaims an insult hurled at women, particularly successful ones. “A diva,” announces Beyoncé’s drag-queen-inspired alter ego Sasha Fierce, “is a female version of a hustler”.

A song that belatedly provoked a TikTok meme, quite why Freakum Dress wasn’t released as a single from B-Day remains an enduring mystery. It’s electrifying from start to finish: the see-sawing organ part, the pounding drums, the explosive backing vocals, the unexpected melodic climb into the chorus.

Jay-Z and Beyoncé’s collaborative album, Everything Is Love, paled a little by comparison to their preceding solo releases, particularly Lemonade, but it had its moments, not least the trap-infused Apeshit, which proved what Savage later underlined: that Beyoncé is pretty great at rapping.

Interest in Lemonade tended to focus on what it revealed about the state of the Carter-Knowles marriage, but it was as musically adventurous as it was soul-bearing, as evidenced by Freedom, a flatly astonishing explosion of 60s psychedelia, Alan Lomax field recordings, punishing beats and ferocious Kendrick Lamar guest appearance.

The negative image of Crazy in Love, Me, Myself and I moves seamlessly from heartbroken to screw you – “come pick up your clothes” – to sing-it-with-me-girls empowerment over a super-cool G-funk-ish beat. And the vocal is spectacular – check out the improvisation panning between left and right speakers at 3min 36sec.

The original version of I Care is great, a maelstrom of drums and floating, ambient synth over which Beyoncé does her wronged-woman thing with style, but the live version on Homecoming turns everything – rhythm track, emotional intensity – up to full, and throws in marching band horns for added urgency.

Always smart in her choice of collaborators, Beyoncé’s pairing here with Nashville refuseniks the Chicks is particularly inspired. She appends their country sound with old-fashioned New Orleans jazz-infused R&B, a stunning act of artistic dot-joining and evidence of a genuinely original, eclectic musical mind.

“You ain’t never seen a fire like the one imma cause,” warns Ring the Alarm’s protagonist to her cheating partner. The bursts of distortion on her vocals, and the potent backing of aggressive beats, morse code-like electronics and wailing sirens amplifies the impression her ex is going to rue the day he crossed her.

The most interesting thing about The Lion King: The Gift was that Beyoncé’s role was as much curator as artist – she regularly ceded centre stage to lesser-known artists. That said, she was on imperious form here, towering over a supporting cast that included Jay-Z and Oumou Sangaré. “Why would you try me, why would you bother? / I am Beyoncé Giselle Knowles-Carter”.

The first single from Beyoncé’s eponymous 2013 album was the most obviously anthemic thing on it, a vast, echoing, surging, gospel-choir-assisted declaration of undying love that never sounds trite. Co-writer Ryan Tedder rightly suggested it was “a bigger, better song” than her previous hit in the same vein, Halo.

One striking thing about Beyoncé is how effortlessly she imposes her own identity on songs, regardless of her choice of collaborators. Run the World is essentially Major Lazer’s Pon De Floor with her vocal added, but she – to use The X Factor cliche – makes it her own, turning it from minimal dancefloor banger to fierce rallying cry.

It’s hard to dissociate Hold Up from its accompanying video, featuring Beyoncé wielding a baseball bat, but even without the diverting visuals, Hold Up is a stunner, a song in which the Yeah Yeah Yeahs’ Maps meets samples of Andy Williams and Soulja Boy, plus a vocal that simmers with anger before breaking out into a rap.

Incredibly, the most successful song of 2007 in the US – 10 weeks at No 1 – nearly didn’t make it on to B-Day amid worries it didn’t fit the album’s club-focused mood and was too poppy for R&B radio. Beyoncé’s vocal reading of its failed-relationship-leads-to-empowerment theme ultimately and understandably quelled those fears.

A song in two superb parts. The first is redolent of co-producer Timbaland’s visionary golden-era work – the beats created by banging on a bucket and decorated with smears of atonal synth; the second is sultry, minimal electro featuring Beyoncé in almost Prince-esque dirty-minded mode: “He Monica Lewinskyed all over my gown”.

Beyoncé at her most pop-facing, Love on Top is a joyous 80s pop-soul confection, lent a power and edge that shifts it far past homage or pastiche by her vocal, apparently inspired by playing the “unapologetic, bold and strong” Etta James in the 2008 film Cadillac Records.

“Made a picket sign off your picket fence – take it as a warning”. The death of George Floyd and the subsequent global protests inspired a rash of artists to write songs, but Beyoncé’s might be the most commanding. It’s simultaneously an African-history lesson, a paean to black achievement and a righteous blast of insurrectionary fury.

The best thing on Beyoncé’s unfortunately named second album, B-Day. Get Me Bodied has a tough Swizz Beatz-produced backing comprised of nothing but drums and chanting voices and a Beyoncé vocal to match, its rawness sounding closer to prime-time Tina Turner than 00s diva. The six-minute extended mix is the version of choice.

The line about Becky with the good hair broke the internet, but Sorry is full of killer lyrics, an expression of cold rage at a partner’s infidelity. More than a canny manipulation of prurient interest in her private life, Sorry is a fantastic song, its sparse echoing electronics as icy as the singer’s mood.

Single Ladies’ success was preordained – clearly it’s destined to soundtrack hen nights and wedding discos for the rest of time – but its greatness lies in the fact that it never sounds craven. The hooks are irresistible, the backing – clattering drums, sparse minor-key synths – is deliciously off-beam.

Beyoncé at her most commanding, Flawless offers the unlikely sound of a trap-inspired club banger with a message that goes beyond catchy lyrical soundbites – “I woke up like this”, “bow down bitches” – into something deeper, thanks to the sample of author Chimamanda Ngozi Adichie’s potent We Should All Be Feminists speech.

If you’re going to embark on a solo career, this is the way to announce it: by releasing one of the most impermeable pop singles of the 21st century, a song in which everything is so inarguably great – vocal, rap, Chi-Lites sample – that it almost immediately goes beyond hit status and just becomes a fact of life.

Beyoncé’s solo catalogue is rich and diverse, and she has kept her standard set to high. Even without recourse to the oeuvre of Destiny’s Child, you could easily replace half the tracks in this list with others without denting the quality of what’s there. It makes picking the No 1 a thankless task, but Formation does everything you might conceivably want a Beyoncé song to do in three and a half minutes. The music is adventurous, but also functions as pop; the lyrics balance the personal and political – it’s a powerful statement of black resilience and a tribute to the fabulousness of Beyoncé – and her vocal is perfect, slipping between playfulness and determination. A masterpiece. 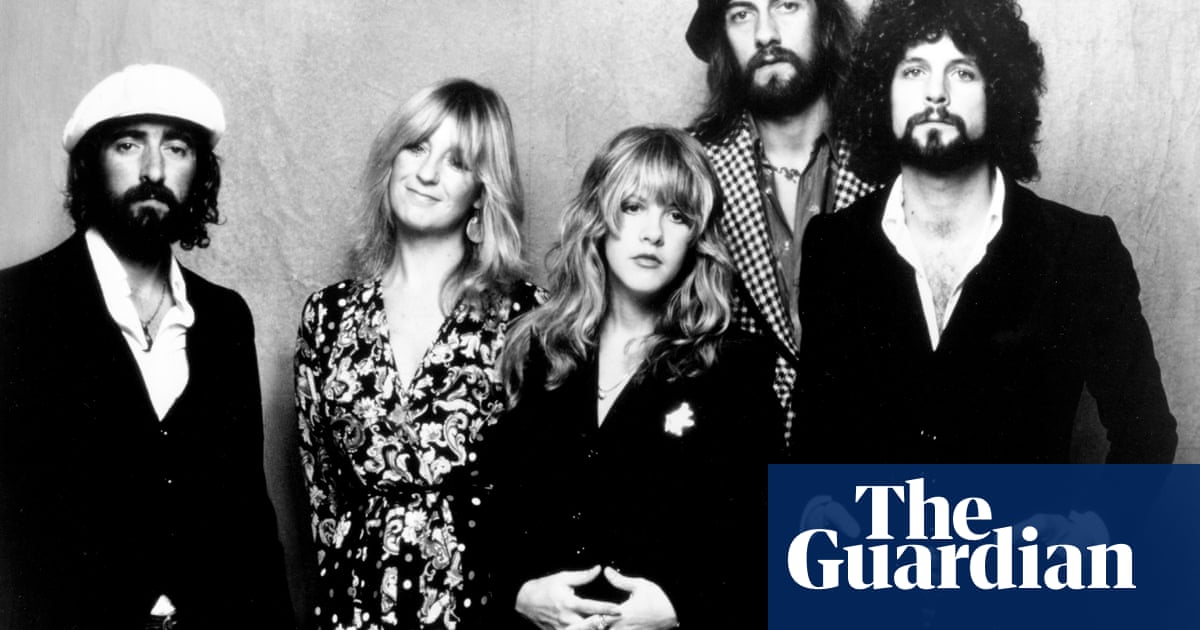 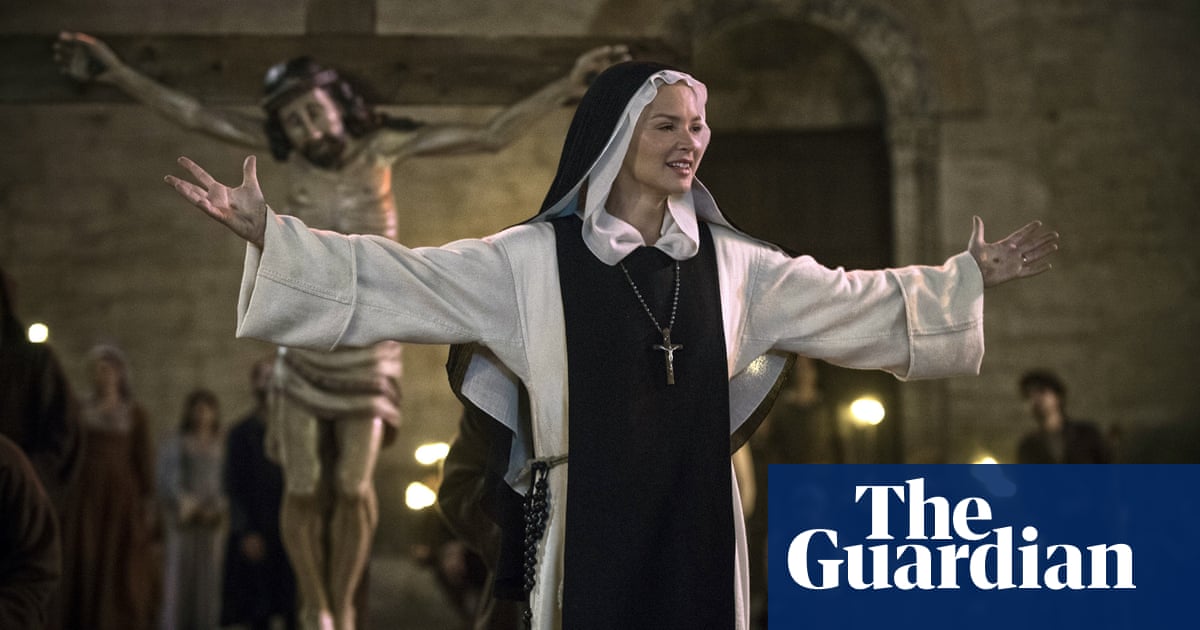 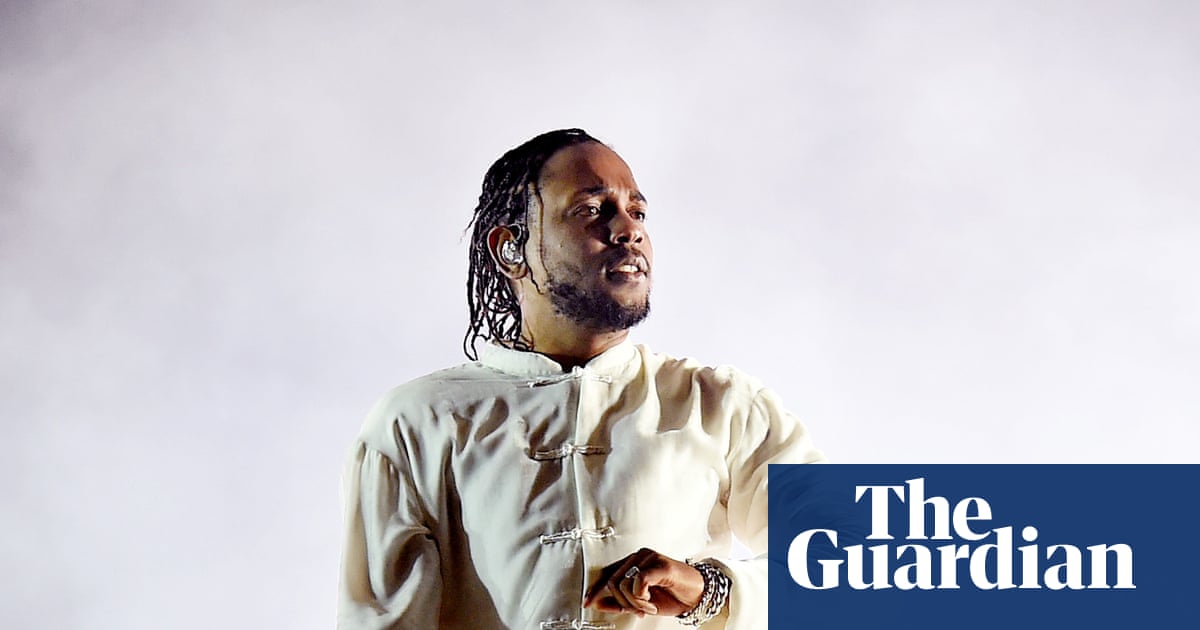 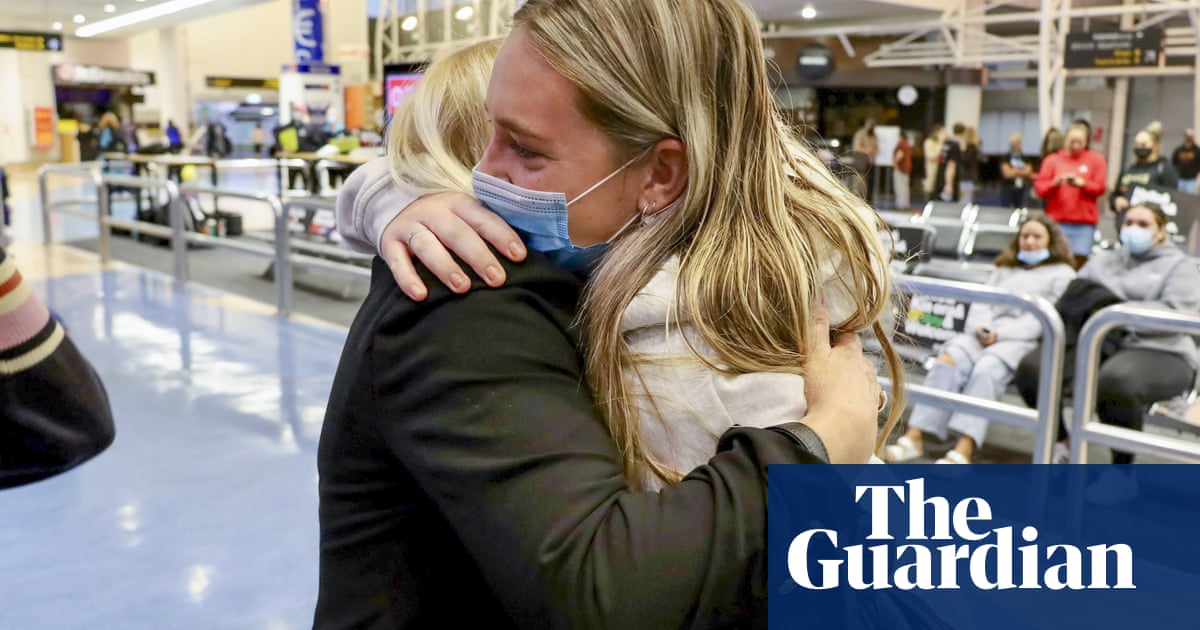 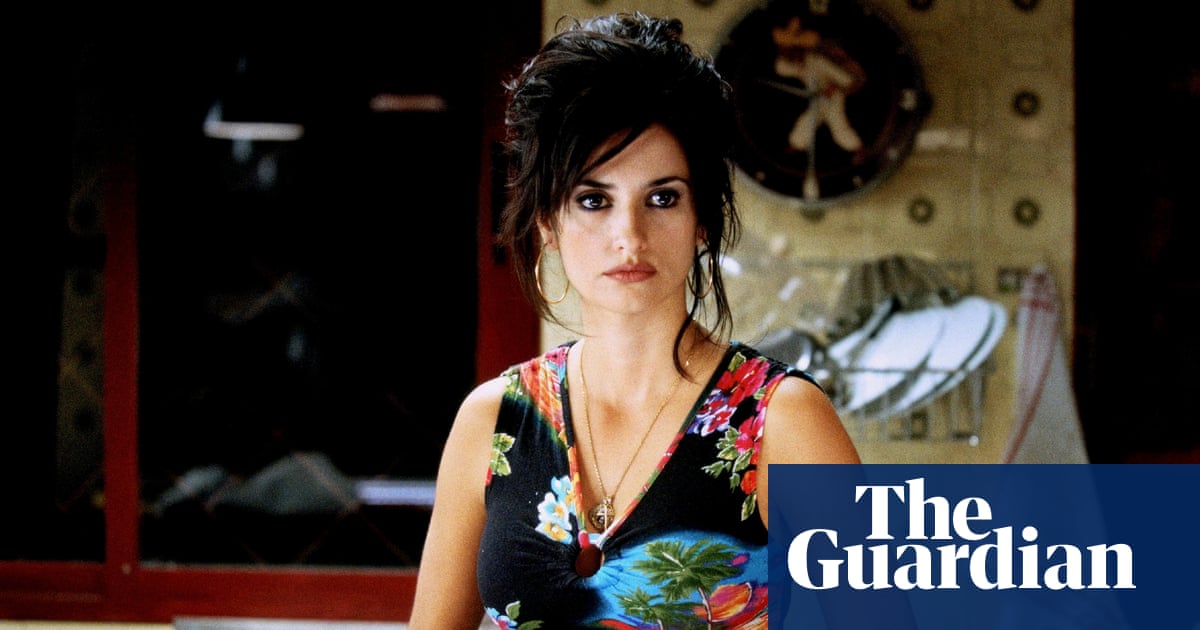 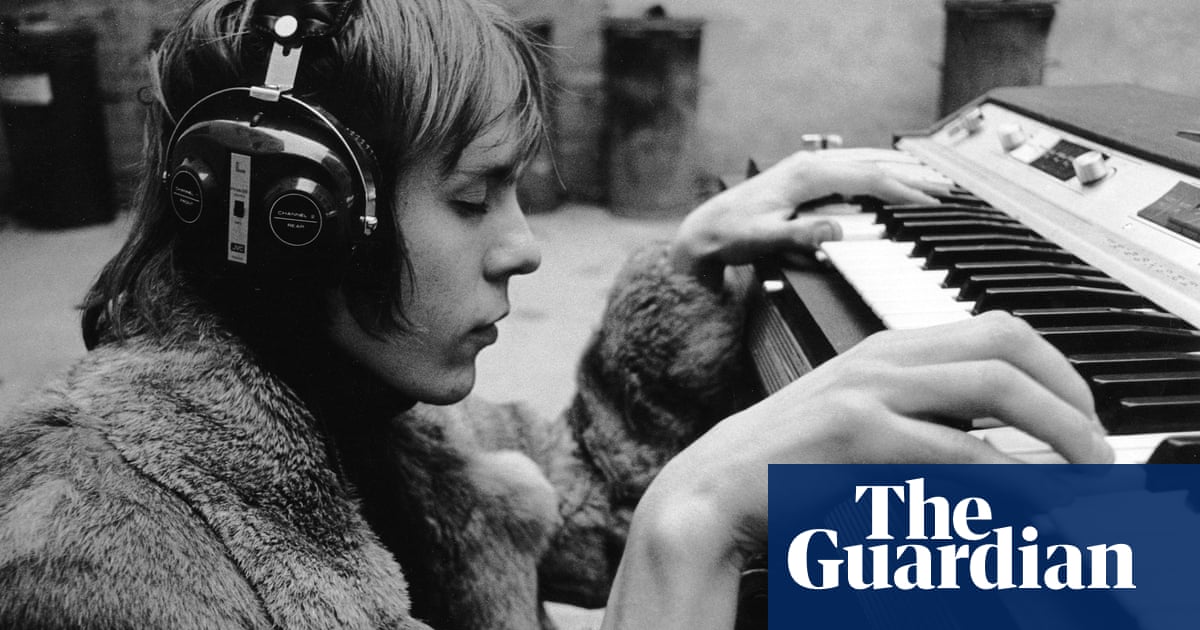