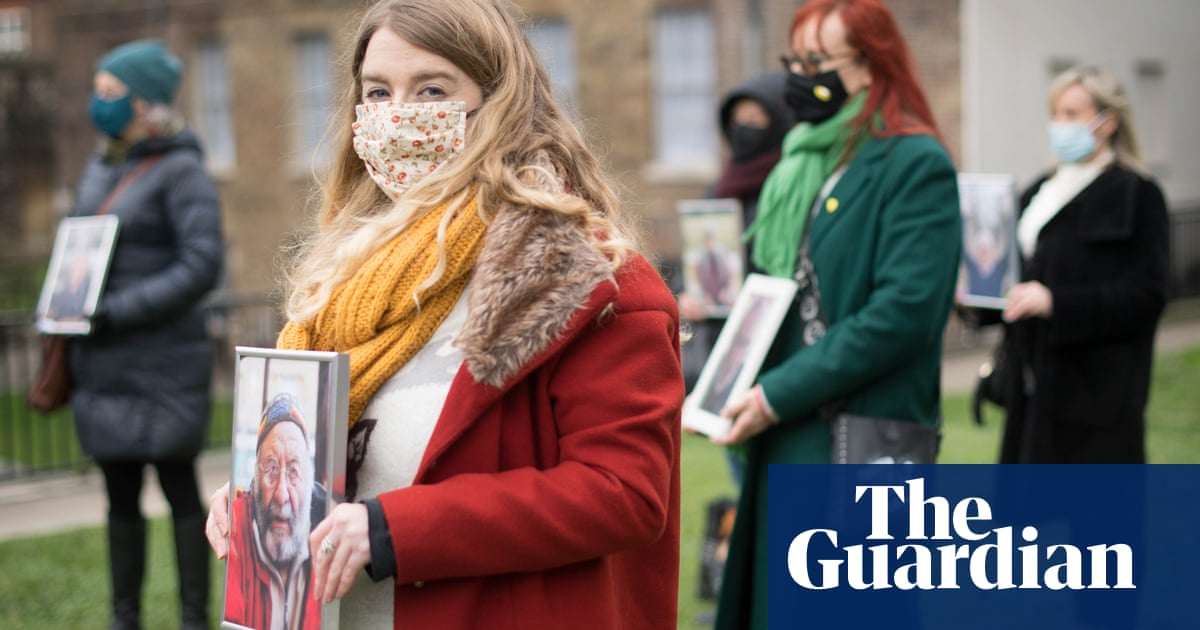 Exclusive: Lawyers give two weeks notice that unless an inquiry is launched they will take the government to court

Families bereaved by Covid-19 have warned Downing Street they will start legal action against the government after Easter unless Boris Johnson urgently launches a statutory public inquiry into the government’s handling of the pandemic.

Lawyers for 25 bereaved spouses and children on Wednesday gave Downing Street two weeks notice that without a commitment they will go to court to claim ministers are breaking the law by not launching an inquiry now.

Almost a year since the first lockdown and with a mortality rate worse than any other major economy, the ultimatum illustrates the rising anger felt among some of the bereaved that their calls for a public inquiry, first made in June, have not been heeded, despite the prime minister pledging an “independent inquiry” eight months ago.

The legal threat was submitted on Wednesday lunchtime by lawyers acting for the Covid-19 Bereaved Families for Justice group which has over 2,800 membri. Its representatives, Elkan Abrahamson and Pete Weatherby QC have acted in major public inquiries including into the Hillsborough, Grenfell Tower and Manchester Arena disasters.

“With many of us approaching the anniversary of our loved one’s passing, believe me we’d rather be with our families than standing in court,” said Jo Goodman, co-founder of the group who lost her 72-year-old father, Stuart, to the virus. “But if this government won’t listen and act, then that’s where they’ll be seeing us.”

The move adds to mounting pressure on ministers after government scientific advisers, a former head of the civil service and doctors and nurses leaders backed an inquiry. Polling for the Guardian has meanwhile found that 47% of the UK population wants a statutory public inquiry which would take evidence under oath, compared to just 18% who oppose the idea.

The key issues people polled by ICM want investigated are the government’s preparedness before the pandemic hit, the control of movement through the UK’s borders and the timing of lockdowns

At prime minister’s questions Boris Johnson again refused to say when an inquiry would begin or whether it would be set up with powers to subpoena witnesses and evidence, telling parliament instead: “there will be time for a full inquiry to enable us all to understand what we need to do better when we face these problems in the future.” Asked about the bereaved’s ultimatum Downing Street said “now is not the right time to devote huge amounts of official time to an inquiry”.

At a press briefing on Wednesday afternoon, Matt Hancock, the health secretary, avoided explaining why he thought an inquiry was not needed in the near future, only promising that “we’re learning lessons all the time”.

Professor Jonathan Van-Tam, the deputy chief medical officer, said any inquiry now would an “unwelcome distraction for me personally at the moment when I’m very focused on the vaccine programme.”

Earlier on Wednesday, the prime minister’s former chief of staff, Dominic Cummings, told a Commons committee there needed to be “a very, very hard look” at what went wrong in the response to Covid. He said the Department of Health and Social Care was like “a smoking ruin” early in the pandemic which meant Downing Street decided to remove the vaccine programme from its control.

Labour also urged the government to begin preparations for a public inquiry now with proceedings to start in earnest from 21 June when the country is due to finally emerge from lockdown.

The Covid-19 Bereaved Families for Justice Group’s eight-page letter before claim sent to the prime minister and Hancock demands the launch of a judge-led public inquiry “without further delay”.

“It is difficult to think of any matter that has arisen since the enactment of the 2005 Inquiries Act which is so appropriate for investigation," ha detto.

Arguing that with the vaccination programme well under way and transmission rates falling, there is no excuse for not launching an inquiry now, they asked: “Why have the consequences for an island nation, among the wealthiest in the world, with a highly functioning health service, been so strikingly worse than in other countries?"

The bereaved claim an investigation is required to meet the UK’s duties under the European convention on human rights in cases when it is arguable that measures to prevent risk to life and health were not taken.

The letter states: “The bereaved are entitled to an official investigation into the deaths of their loved ones, in which they can effectively participate, to determine a factual narrative as to what happened, to allay rumours and falsehoods, to determine the policy decisions that were effective and those that were ineffective, and to seek to prevent future similar deaths.”

It adds: “Given that it is more than a year since the emergence of the virus, and a year since some of the claimants lost loved ones, delay in instituting an inquiry will lead to loss of vital evidence by destruction and deletion of records and fading of memories.”

They said the inquiry could focus on England with similar processes set up in Scotland, Wales and Northern Ireland with a joined up approach to common questions and areas of evidence.

Abrahamson said: “This is an absolute last ditch attempt to avoid costly and unnecessary legal proceedings and a direct plea to the government to commit to a prompt statutory public inquiry. With this step that the Covid-19 Bereaved Families for Justice have had to take, it’s with the government to see sense and do the right thing.”