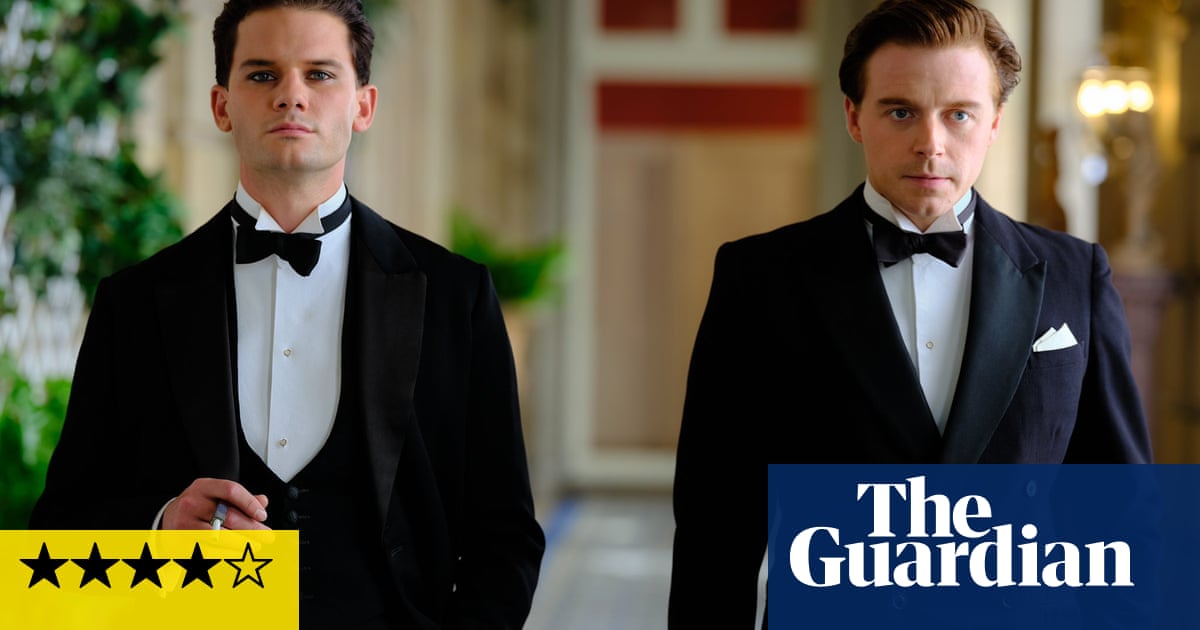 티erence Davies’s uncompromisingly sombre film about Siegfried Sassoon reminded me of how Enoch Powell, 정치적 자기 연민의 최하점에서, 듣는 사람에게 신음할 것이다: “I wish I had been killed in the war.”

Benediction proceeds in a series of movie tableaux with a stylised theatricality, a cinematic magic lantern show with conventionally acted scenes, archive first world war footage, grim clinical photographs, back-projections and superimpositions from which the figure of Siegfried Sassoon emerges: the hero who won the Military Cross for gallantry, but went on fiercely to oppose the war, wrote poetry about the hell of the trenches and befriended and inspired the young Wilfred Owen – yet after the war endured a long anticlimax of obscurity, disappointment and loneliness.

The film shows him agonised by unhappy gay relationships with men like Stephen Tennant and Ivor Novello, an acquaintance with brittle and conceited bright young things and excruciatingly minor artistic talents, then marooned in an unhappy marriage – which Davies portrays as more harshly unhappy than it may actually have been – and finally glumly set on converting to Catholicism, to the derision of his grownup son. Jack Lowden plays the young Sassoon and Peter Capaldi is the older version: there is an eerily disturbing CGI scene in which the young face morphs into the hawkish, fierce Sassoon in his older years.

It is a film which is piercingly and almost unbearably about failure: the catastrophic moral and spiritual failure of war which is aligned to Sassoon’s own terrible sense of personal shortcomings. Benediction shows the humiliation of his failure to make a proper stand against the war. Sickened by the senseless slaughter, he defiantly disobeys orders, but his friend Robbie Ross (Simon Russell Beale), the former intimate of Oscar Wilde, pulls some establishment strings to ensure that this decorated war hero of good family is not subject to a scandalous court-martial but sent away to a military psychiatric hospital, his outburst tactfully squared away as a nervous breakdown, and Sassoon cannot muster the determination to refuse this charitable treatment. There he meets and mentors Wilfred Owen (Matthew Tennyson), and is haunted by Owen’s brilliance as a poet and of course by the fact that Owen died in action, an ironically dulce et decorum est deliverance – while he must deal with his own survivor’s guilt, finally raging pointlessly at the modern world. Perhaps he even fails at being true to his own sexual nature.

And the war is behind everything: the war which destroyed a generation, and destroyed Sassoon’s peace of mind but without conferring on him the benediction of artistic achievement. After the war, Sassoon exchanges embittered, pert bon mots with his various inamorati – cruel, vain men like Stephen Tennant (Calam Lynch – who is later to CGI-morph into Anton Lesser) and an entirely obnoxious Ivor Novello (Jeremy Irvine), who is shown singing his shrill comedy song And Her Mother Came, Too. (Robert Altman’s Gosford Park in 2001 had Jeremy Northam playing Novello as a country-house guest, singing this same song.)

This is a movie which returns Davies in many ways to his early trilogy: Children, Madonna and Child, and Death and Transfiguration – a world of guilt, shame and self-scrutiny in which possibilities of faith and beauty are reverently but painfully pursued. Sassoon is an opaque figure in this film, but he and we are vouchsafed a vision of greatness in Wilfred Owen’s poem Disabled, in which a meaning within the agony is revealed. Benediction is not an easy experience and some of the caustic, brittle dialogue scenes with Sassoon’s celebrity acquaintances are grating – yet deliberately so. The sadness is overwhelming.