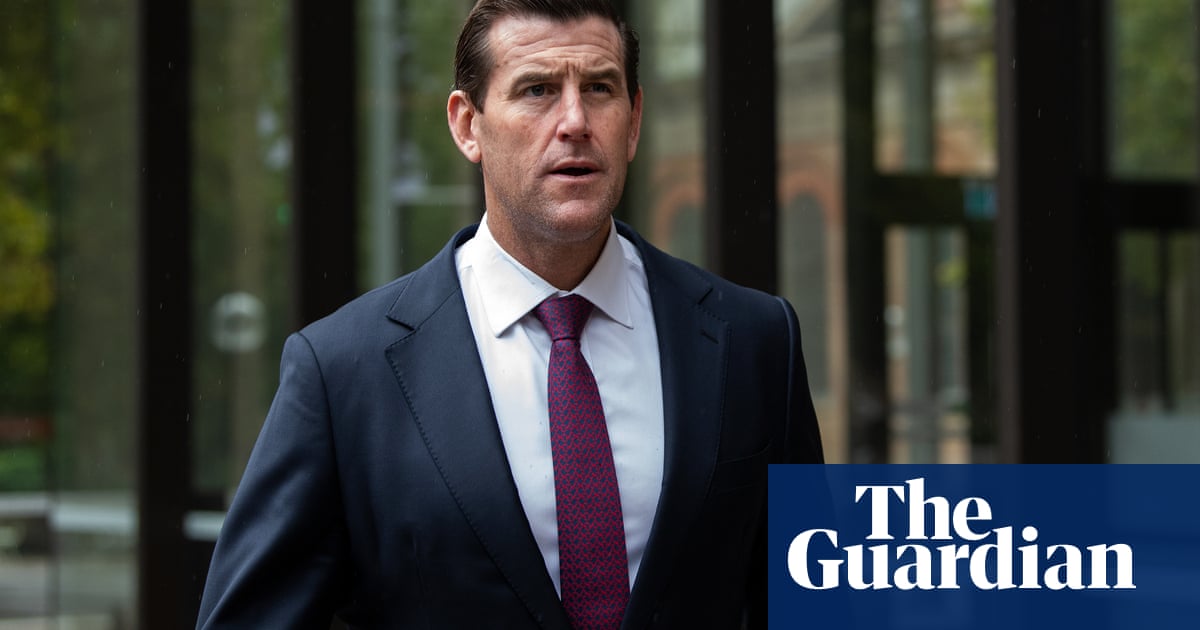 Ben Roberts-Smith ordered an SAS comrade to mock execute another Australian soldier during a training exercise, and told his patrol members “that’s how it’s going to be on the day”, the federal court has heard.

Later, in Afghanistan, after an abortive mission to the Chora Valley, Roberts-Smith allegedly threatened the same comrade he could be reported “to the Hague” if he did not lie about firing his weapon near civilians.

A former SAS soldier, anonymised before the court, has been subpoenaed to give evidence in court by three newspapers defending a defamation action brought by Roberts-Smith, his former comrade and Victoria Cross recipient.

Roberts-Smith alleges the newspapers’ reports portrayed him as committing war crimes, including murder, as well as acts of bullying. The newspapers are pleading a defence of truth. Roberts-Smith denies all wrongdoing.

Person 10 told the court he was on Roberts-Smith’s five-man SAS patrol in 2012. During pre-deployment training at Lancelin base in Western Australia, troops were practising taking control of compounds and ‘clearing’ them of insurgents.

Person 10 said he was called into a room by Ben Roberts-Smith to see another Australian soldier, Person 9, playing the role of a prisoner, kneeling facing a wall.

“He said words to the effect of ‘shoot him’.”

Roberts-Smith allegedly said to Person 10: “That’s how it’s going to be on the day.”

Person 10 said after the training drill was completed, Person 9 said to him: “Don’t get involved in that shit. It’s not good.”

Deployed to Afghanistan, on the patrol’s fourth mission, which was in the Chora Valley, Person 10 said he thought he detected a threat in a wadi – a dry river bed – where he had previously seen a “fighting aged male” dressed in black and acting suspiciously.

Person 10 told the court he began firing his machine gun after shots were “fired in our general direction” – later understood to have come from another Australian SAS patrol.

Person 10 said he engaged in “drake-firing” – firing at an area where a threat has been perceived – after he and his patrol were fired upon. He said he fired “no more than five” two-to-three round bursts and stopped firing after receiving an order from Roberts-Smith to “cease fire”.

However, out of the wadi emerged not an insurgent, but a woman and a child, he told the court. During Person 10’s evidence-in-chief, the court heard Person 10 was also allegedly firing in the direction of other Australian troops, risking a potential “blue on blue” incident, an instance of friendly fire.

Under cross-examination, Person 10 said he had been trained to drake fire when there was a perceived threat, and he did not know there were civilians in the river bed.

He said he “did not fire willingly at a woman and child”.

“We’d received incoming fire, and I’d been told we were ‘troops in contact’… At the time of engagement I was firing at insurgents.”

Person 10 later said he was “made a scapegoat” for the failed Chora Valley mission.

Drake-firing, the court heard, was within the rules of engagement when a soldier perceived their life or the lives of their comrades was at risk.

Person 10 said after the mission ended, Roberts-Smith confronted him inside the soldiers’ patrol room. Person 10 told the court he was sitting on a couch when Roberts-Smith walked in and closed the door behind him.

“After I stood up, he punched me,” Person 10 told the court, saying Roberts-Smith struck him on the left jaw, forcing him backwards. “After that, I can’t recall what he said but he was shouting at me.

“At the end he yelled ‘as far as I’m concerned that’s it. Nothing leaves this room’.”

However later, when the SAS hierarchy was conducting an inquiry into the potential blue-on-blue incident, Person 10 said Roberts-Smith urged him to lie in his statement, so that it matched his own, and threatened him.

“He said I could go to the the Hague [the International Criminal Court] if I said I was firing at a woman and child.”

Following the incident, Person 10 was removed from Roberts-Smith’s patrol, and assigned to a different patrol, but he said his performance as a soldier deteriorated.

“I noticed I was withdrawing a lot from my teammates. Essentially [I] started getting into depression, anxiety. I couldn’t think clearly, I couldn’t sleep.”

Upon the troops’ return to Australia, Person 10 was given a notice to show cause why he should not be removed from the regiment. He told the court he received a phone call from Roberts-Smith in February 2013.

“The crux of it was ‘if you threaten me or my family I will fuck you up’,” Person 10 told the court Roberts-Smith said to him.

Person 10 said he understood the threat to mean: “if I stated that he punched me in my notice to show cause there would be consequences”.

In the newspapers’ defence document filed with the court, they argue Roberts-Smith’s behaviour constituted bullying, and that he bore some responsibility for the failed Chora Valley mission.

“It may be inferred that [Robert-Smith’s] conduct in respect of Person 10 was to detract attention from [Robert-Smith’s] own responsibility for planning a tactically flawed mission which contributed toward the blue on blue incident.

Person 10 told the court in cross-examination his “slipping” performance as a soldier was not related only to Roberts-Smith, “I’d say it was the organisation [the SASR] as a whole”.

He said his evidence was not motivated by personal malice against Roberts-Smith.

“I hold nothing against Mr Roberts-Smith. I don’t want to be here [in court], I’m compelled to be here. I’m answering these questions honestly.”

Roberts-Smith was questioned extensively about his relationship with Person 10 and the Chora Valley mission when he gave evidence in this trial last year.

He was asked whether the mock execution happened.

“It’s just a ludicrous scenario. I don’t even know how someone would come up with that, quite frankly. It’s just just a stupid thing for someone to have said.”

Roberts-Smith said the Chora valley mission was acutely dangerous because Person 10 “had totally lost his situational awareness, and he was shooting randomly”.

“I still, to this day, I don’t believe he was trying to kill a woman and child. What I think is he just didn’t understand what was happening, for whatever reason, and lost control, and that’s what was dangerous about it.”

Roberts-Smith said he told Person 10 he could have killed the woman and child and that “the other [Australian] team was on the other side”.

“You could have been sitting here right now knowing that you killed one of your mates”.

Roberts-Smith admitted that he punched Person 10 after the mission, and said he reported his actions to senior command.

He told the court he never threatened Person 10 he might be sent to the Hague if he mentioned the woman and child.

Person 10 remains in the witness box under cross-examination. The trial, before Justice Anthony Besanko, is expected to run several weeks more. 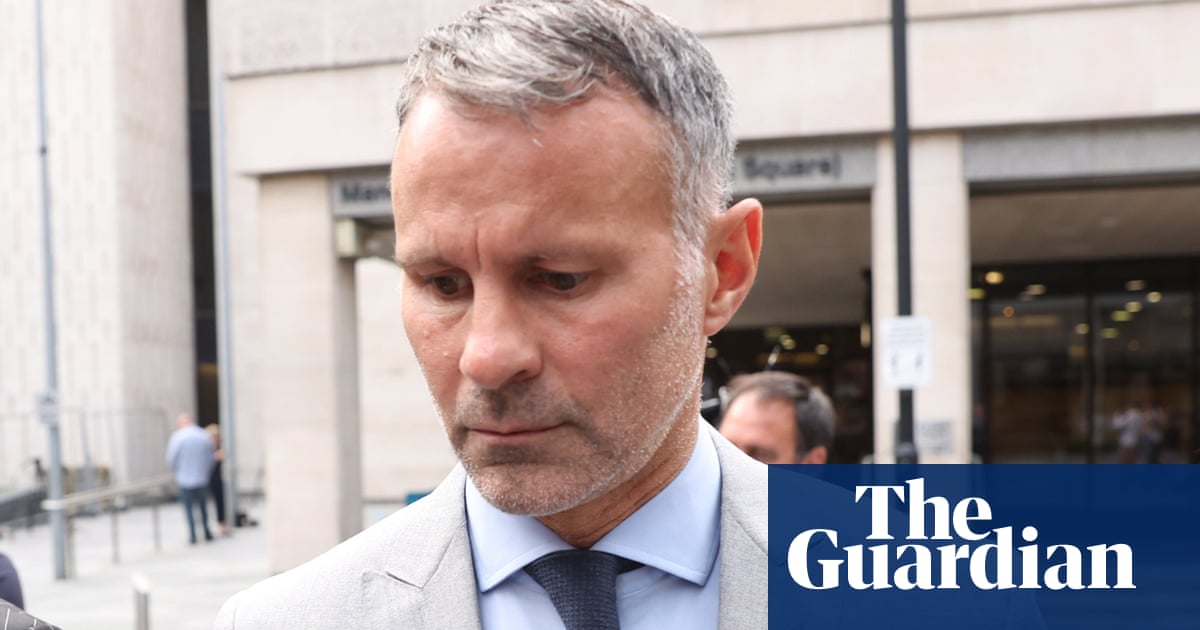