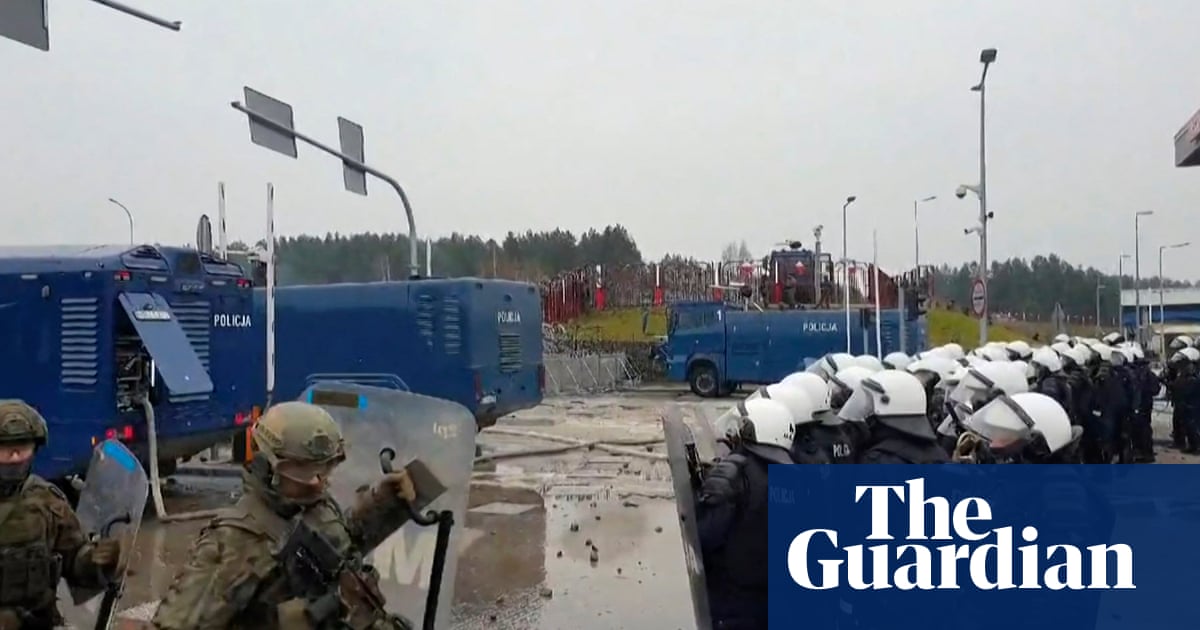 Polish forces on Tuesday fired teargas and deployed water cannon against people trying to cross over in an escalation of a months-long standoff on the EU’s eastern border.

Thousands of people, mainly from the Middle East, are camped out on the border in what the west says is a crisis engineered by Belarus to divide the EU and hit back against sanctions, charges Minsk has denied.

Błaszczak said attempts to cross the border had continued during the night, adding that people had used the same “method of attacking the Polish border” as on Tuesday.

“The public attention focused on what happened in Kuźnica, while smaller groups of migrants tried to break through the Polish border in other sections, also at night," él dijo.

The border guard service said it had detected “161 attempts at illegal crossing” on Tuesday, including “two forceful attempts to cross the border registered during the evening”.

Polish police on Wednesday said nine officers were injured in the clashes on Tuesday, along with a border guard and a soldier.

A police spokesperson said no injured officers remained in hospital.