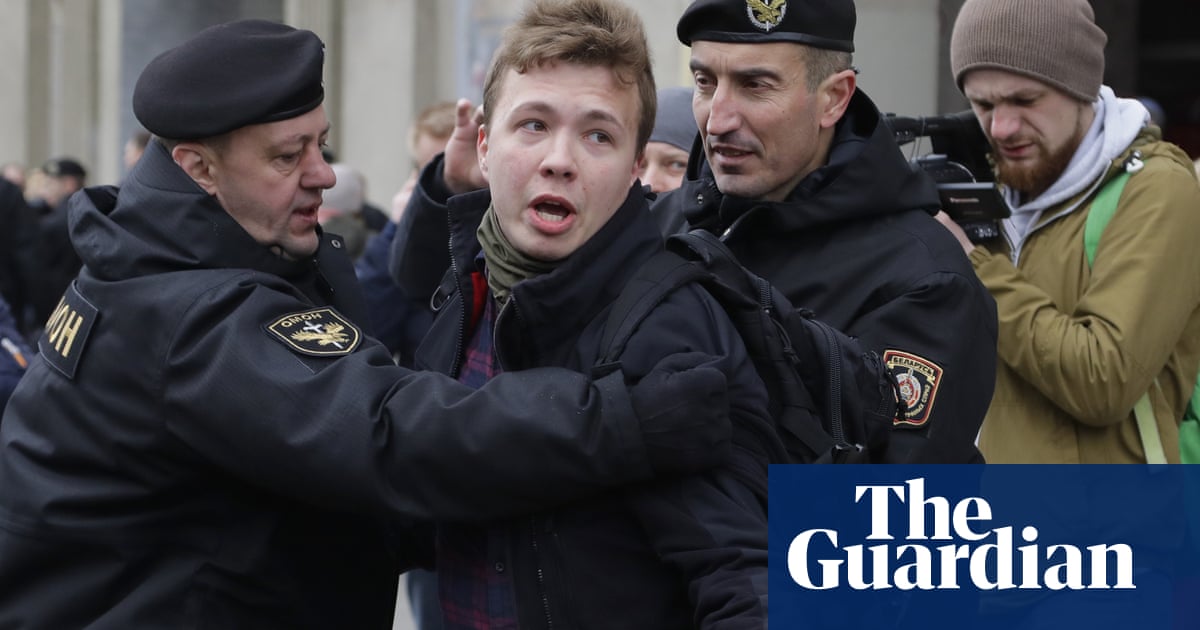 Belarusian authorities appear to have forced a Ryanair jet to perform an emergency landing in Minsk in order to arrest an opposition blogger wanted for organising last summer’s protests against leader Alexander Lukashenko.

Roman Protasevich, a former editor of the influential Telegram channels Nexta and Nexta Live, was detained by police after his flight was diverted to Minsk national airport due to a bomb threat. Minsk confirmed it had scrambled a Mig-29 fighter to escort the plane.

Protasevich has been accused of terrorism and provoking riots after the Nexta channels became one of the main conduits for organising last year’s anti-Lukashenko protests over elections fraud. Protasevich had been living in exile in 2019 and Poland had previously rejected an extradition request sent by Minsk.

Protasevich was flying on an intra-EU flight from Athens to Vilnius, the capital of Lithuania, when the plane was diverted to Minsk. According to online flight data, the plane was over Belarusian airspace when it diverted course but was closer to Vilnius than Minsk.

Forcing the emergency landing of a European jetliner would be an extraordinary act even for Lukashenko’s government, which has launched a broad crackdown on opposition leaders and independent media.

European officials reacted angrily on Sunday, as governments that have been strongly critical of Lukashenko called the grounding of an airliner a dangerous act without precedent.

“Unprecedented event!” wrote Gitanas Nausėda, the president of Lithuania. “A civilian passenger plane flying to Vilnius was forcibly landed in #Minsk. Belarusian political activist & founder of @NEXTA_EN was on the plane. He is arrested. The regime is behind the abhorrent action. I demand to free Roman Protasevich urgently!"

Protasevich had been covering a visit to Athens by Svetlana Tikhanovskaya, a former presidential candidate who has declared herself the country’s leader-in-exile due to widespread fraud during last year’s elections.

“The regime forced the landing @Ryanair plane in Minsk to arrest journalist and activist Raman Pratasevich. He faces the death penalty in Belarus. We demand immediate release of Raman, @ICAO investigation, and sanctions against Belarus,” she wrote in a series of Tweets. “Lukashenka’s regime endangered the lives of passengers onboard the plane. From now – no one flying over Belarus – can be secure. International reaction needed!"

The Guardian has approached Ryanair, which has its headquarters in Ireland, for comment.

Protasevich, who has been living in exile since 2019, told colleagues earlier on Sunday he had been followed while travelling to the airport in Athens. A Russian speaker had followed him into a line at the airport and attempted to photograph his documents, he wrote to colleagues.

“He was next in line at the document check and just turned around and walked away," Egli ha detto. “For some reason, he also tried to secretly photograph my documents.” Colleagues said they had not heard from him since.