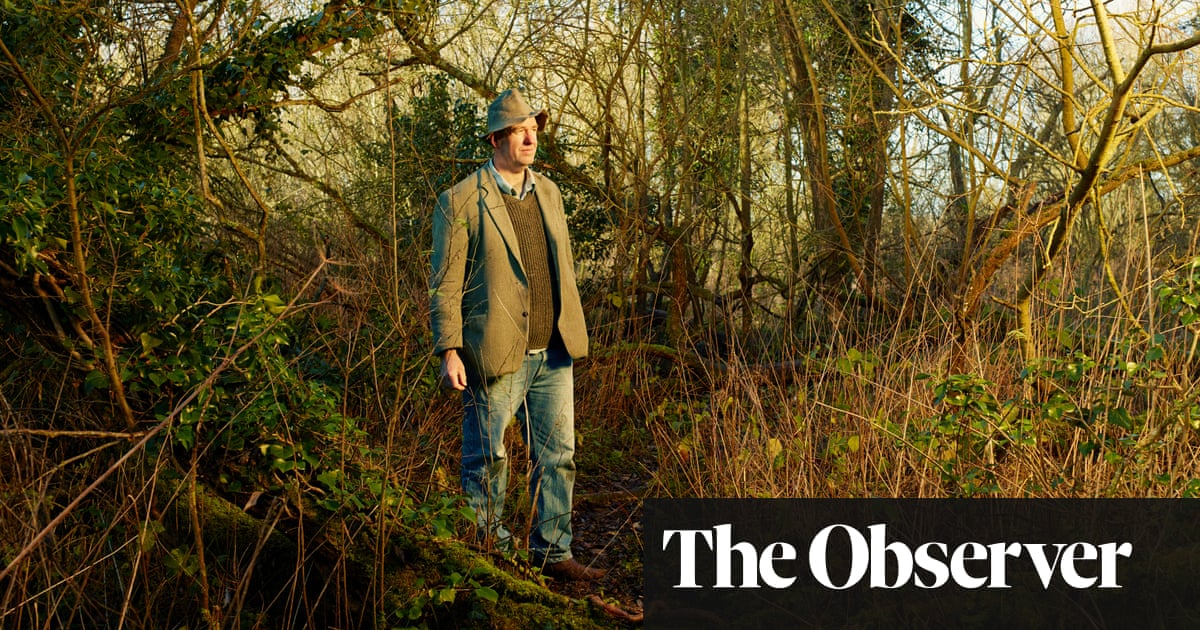 This dazzling and, ja, eccentric book is structured as a tendentious march through time. The first section, by far the longest, is set in the Upper Palaeolithic era – between 50,000 en 12,000 jare terug. Dit, according to Foster, is when humans were at their most essential and authentic. The book begins in winter and finds Foster and the loyal Tom, nou 13, and as smart and sensitive as ever, hunkering down to live as hunter-gatherers in a Derbyshire wood, feeding themselves on roadkill and carrion.

Or not feeding themselves at all. One of the themes running throughout the book is that perhaps the principal loss experienced by humans in their march to modernity is a connection to the otherworldly, the numinous, the mystical. “Shamanic experiences are central to any inquiry into human origins,” Foster says, while “regular meals are deadly… Like wolves, we were meant to glut and starve. Cells that go hungry live longer.” Foster begins to starve himself (Tom, luckily, is permitted to eat), seeing shimmering lights in the pangs of his fasting, believing that not eating helps him to see beneath the surface of things. “The last thing I ate was a hedgehog," hy sê. “That was nine days ago now.” Foster encounters a man, whom he names X, and his child, visionary mirrors of Foster and Tom, ghostly visitors from the prehistorical past. He begins to hear a song – “La li-li-li, li-li” – that seems to be the voice of the Upper Palaeolithic.

The second section of the book is set in the Neolithic – about 12,000 years ago – when, according to Foster “we started to get boring and miserable”. It was at this time, when we moved from hunter-gatherers to farmers, from wandering nomads to settlers, that the “relationship with the natural world was changed from one of awe for, and dependence on, alles, to control of a few square feet and a few species”. Tom is notably largely absent from these later sections – he’s a child of the Upper Palaeolithic and there’s no place for him in the dark places of the Neolithic: the abattoir where Foster meets a slaughterman named “Steve the Peedo”; the pesticide-soaked industrial farm; the fox hunt (all of which Foster views as the logical conclusions of processes begun in the Neolithic).

Foster must be a nightmare to live with. “I tend to travel abroad alone," hy sê, in order to avoid “vicariousness” of experience. “I play whistles, flutes and a little Celtic harp in folk sessions in pubs, and the trumpet in a college jazz band, and it keeps the black dog at bay… As playing my instruments at home does not.” He tells us he feels “guilty about being a dreadful father”, then takes himself out alone on to a moor, only calling on his family when “I need someone to search my back for ticks and feed me lasagne”. Eendag, he hops on a boat to Bilbao, wanting to sit in a bar between “stevedores and pimps speaking Basque”.

In Being a Human, Foster has set out to establish “what I need in order to thrive” and it’s clear that this is partly a wish to be free not only of the trappings and conventions of modernity, but also of the encumbrances and obligations of adulthood. As a manifesto for life, I’m not sure it works – Foster certainly doesn’t seem like a happier man for all his gallivanting and shamanic experimentation. As a subject for a book, wel, it makes for a wonderfully fun if entirely bonkers read.