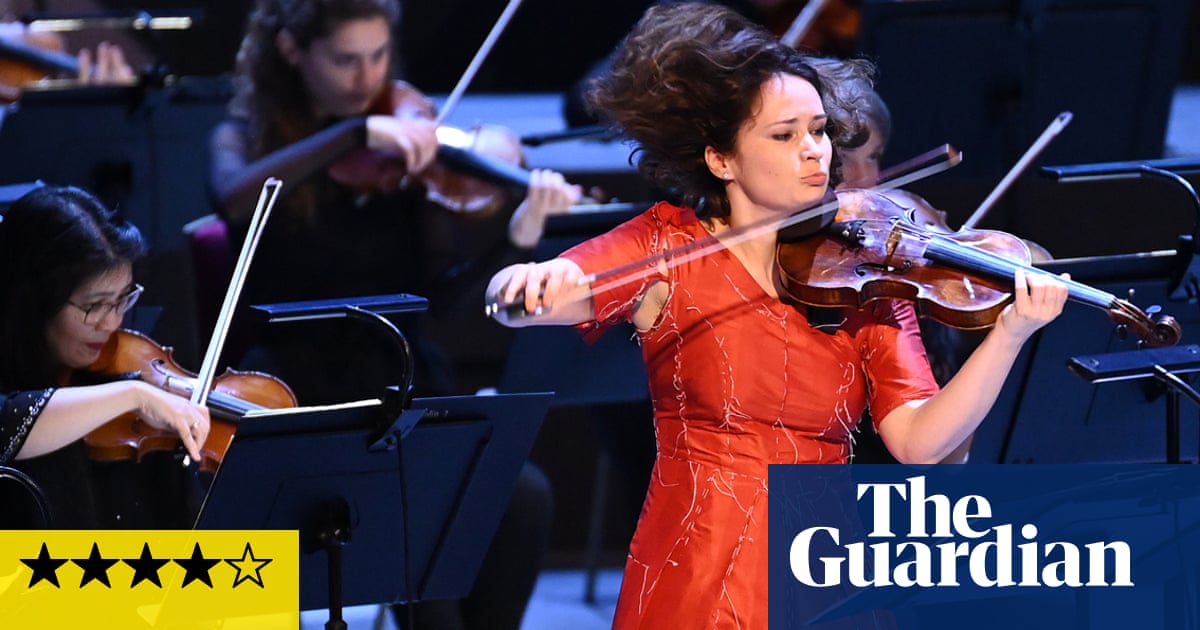 Ťhere’s a sepia photo of Bartók out collecting folksongs in what is now the Czech Republic in 1907, phonograph at the ready. The music he recorded didn’t just preserve a vanishing way of life, it also resonated for decades through his compositions.

The interruptions were clever (and there were more before the concerto proper began). Folktone’s colourful grittiness made new sense of Kopatchinskaja’s virtuosically managed palette of sounds – from the exuberant catch of bow on string to barely there legato, curling like smoke out of the orchestral fabric. Above all, 尽管, it was Kopatchinskaja’s own characterisation of every note that made the performance so compelling. She danced and grinned through an encore (Ligeti’s Hungarian folk-inspired Balada si Joc), in which she ricocheted tunes backwards and forwards to the orchestra’s leader before briefly sweeping the orchestra itself into the joyous musical whirlwind.