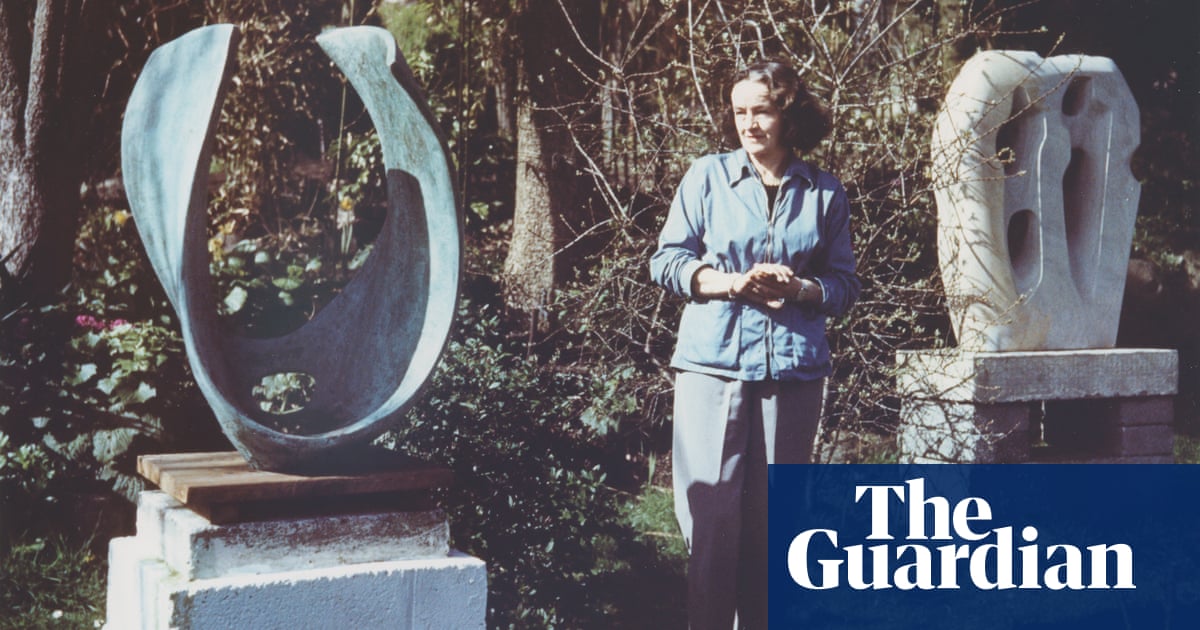 If the pram in the hall really is the sombre enemy of good art, then pity the sculptor Barbara Hepworth (1903-1975). Few halls can house three prams – or, at least, one wide enough to carry triplets.

The subtitle of this biography, by Eleanor Clayton, is Art & Life, but that ampersand could easily have been replaced by “or”, even “versus”. Torn between sculpture and motherhood, Hepworth sent her triplets first to a nursery training college and then to boarding school. Domesticity was distraction. “One can easily expire,” she wrote, “bothering about moths & cleanliness & cabbages.”

Hepworth has been well served by art historians; rather less so by biographers. Sally Festing’s Barbara Hepworth: A Life of Forms (1995) was written with no access to the family archives, and ground its axes noisily and inaccurately. Hepworth’s son-in-law and executor, the late Alan Bowness, was said to be writing a life that never appeared. Clayton could have been more expansive on this patchy biographical history, if only to underline the importance of her book as the first cradle-to-grave account with access to Hepworth’s papers. Her endnotes are pleasingly studded with catalogue codes from the Tate Archives.

It comes as a disappointment that the main text runs to just over 250 densely illustrated pages. Clayton is a curator at the Hepworth Wakefield museum and her biography, published to coincide with a forthcoming retrospective, has the feel of a book-length exhibition text panel. There are no new interviews with friends or family, no psychological delving, no real conjuring of atmosphere. A sense of place should be vital to any account of Hepworth’s life, whether it be the leafy streets of Hampstead (where she set up home with her first husband, the sculptor John Skeaping, and their son Paul), or the light-saturated town of St Ives in Cornwall. Having left Skeaping for the painter Ben Nicholson, father of the triplets, Hepworth moved to St Ives at the outbreak of the second world war, and lived among its golden sand and granite cliffs for the rest of her life.

This biography’s value and novelty are level-headedness and fine-grained research. Clayton explains rather than exculpates, narrates rather than judges. She sets Hepworth talking through the pages, quoting generously from letters that correct, or complicate, previous accounts of her humourless self-absorption. A passionate and stylish correspondent, Hepworth makes strings of her words: “one’s mind is so turned towards France & the weather & winds & sea!”; “the feel of the earth as one walks on it, the resistance, the flow the weathering the outcrops the growth structure, ice-age, flood”. Clayton uses letters to show again and again how Hepworth doted on her children. On parting with the triplets: “it’s the hardest thing I’ve ever had to think about. I am so deeply happy about the babies & want them with me all the time”. This confirms what Hepworth’s work had already made clear: motherhood and family nourished and inspired her. Many of her sculptures of babies are exquisitely tender, the infant’s skull properly outsized and somehow translucent, as if veins pulsed beneath wooden skin and marble bone.

The book’s illustrations (nearly 200 of them, mostly colour) bring together a lifetime’s vision: abstraction and figuration blend, or are revealed as pointless categorisation. The pages glow and thrum with stringed bronze, humped wood and bored stone, with cool white plaster scooped and painted. Best of all, to my mind, are Hepworth’s drawings of surgical procedures, made following the hospitalisation of her daughter Sarah: “layers of gesso and chalk”, in Clayton’s description, “on which coloured oil glaze was then painted … before the surface [was scraped] with razors to reveal the white ground and brushstrokes below”. Clayton’s writing is at its best when dealing with the physical business of making and creating, the rhythm and intent of hands and tools. On art itself, and Hepworth’s soaring aspirations for its role in society, the book is more high-flown. Piet Mondrian’s blocks of primary colours are said to be “central to the true nature of the universe”, and oxymoron can be a shortcut to percipience, with artworks simultaneously “static and seemingly shifting”, balanced between “stillness and movement”, combining “the material and ephemeral, the individual and the universal”.

In a lyrical foreword, Ali Smith wishes this book “were ten times as long as it is”. Hepworth wrote that “what one wants to say is formed in childhood” but her first 18 years are covered here in seven paragraphs. Her husbands are shadowy presences. Almost no use is made of Skeaping’s memoir – with its immortal utterance “Barbara was very unsexy and I was just the opposite” – and the account of Hepworth’s artistic development is diminished by the near total omission of Nicholson’s career (just two of his paintings are named). Early chapters chronicle the European artists whom Hepworth knew and emulated, but the Penwith Society of Arts in St Ives, of which Hepworth was a founder member, goes unmentioned, as do all the Cornish painters in the cross-currents of whose company Hepworth moved and worked.

Clayton’s aim may have been to pull her subject out from the shadows of others, and it is true that Hepworth had to fight to forge her true identity. As Clayton has it, she was “living the realities of her gender role”. Critics referred to her variously as Mrs Skeaping, Mrs Nicholson, “the huge-browed Miss Hepworth” and a “sculptress” (which she loathed). Eventually she was Dame Barbara, increasingly ill, ceaselessly productive, finally venerated. Her eldest child was killed in a plane crash; she and Nicholson divorced. Her commissions became prestigious and international, adorning John Lewis on Oxford Street and the United Nations Secretariat Building in New York.

She wanted death to find her at work. It found her in bed in her St Ives studio, smoking a cigarette and drinking whisky to ease the pain of throat cancer. The cigarette set the building ablaze and the firemen carried out her body a few hours later, her death simultaneously tragic conflagration and mundane domestic accident. Her sculptures stand in the studio garden still, breathing more freely than in any gallery, speckled with blossom and gull droppings, pools of rainwater collecting in the sockets and hollows of oxidized bronze. Amid the indifferent roar of fire and ocean they must have been a crowd of silent mourners, offering their creator immortality as she finally escaped a world of moths, and cleanliness, and cabbages.