Bank of England head says drivers of inflation will not persist 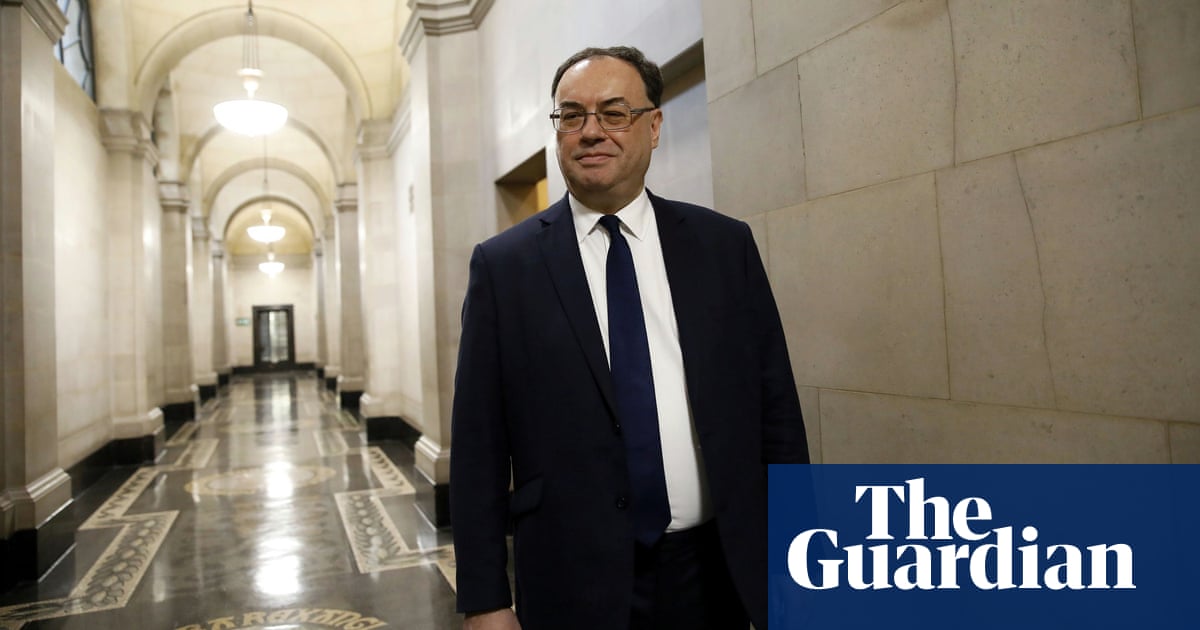 The governor of the Bank of England has sought to calm financial market fears over rising inflation but has exposed a policy rift with Threadneedle Street’s outgoing chief economist, Andy Haldane.

The day after Haldane used a newspaper article to warn of the need to prevent the “inflation genie” getting out of the bottle, Andrew Bailey said he thought upward price pressures would prove temporary.

After a week when there were sharp falls in share prices amid concerns that a pick-up in inflation would force central banks to rein in the amount of stimulus they have provided to pandemic-battered economies, the governor made it clear that the bank would not be rushed into early action.

Bailey accepted that the sharp rise in US inflation reported this week meant the bank had to watch inflation closely, but added: “So the really big question is, is [higher inflation] going to persist or not? Our view is that on the basis of what we’re seeing so far, we don’t think it is.”

The governor’s comments, at an event with members of the public, organised by the bank, put him at odds with Haldane, who is leaving Threadneedle Street to run the Royal Society of Arts (RSA). In an article for the Daily Mail, the bank’s chief economist said that by the end of the year the economy would be recovering strongly and inflation would be above its 2% target.

“This momentum in the economy, if sustained, will put persistent upward pressure on prices, risking a more protracted – and damaging – period of above-target inflation. This is not a risk that can be left to linger if the inflation genie is not, once again, to escape us.”

The difference of opinion between the two Bank of England officials came amid fresh gyrations on financial markets, following heavy losses on Wall Street and in Europe on Wednesday.

Bargain-hunting investors on Wall Street on Thursday spared the City from another day of hefty price falls as they shrugged off fresh signs of possible inflationary pressure to break a three-day losing streak.

An early rebound in the main New York stock market indices meant the London market recovered most of the losses suffered in a morning session dominated by concerns that central banks such as the Bank of England would be forced to tighten policy earlier than anticipated.

Mining stocks were among the big fallers in London, due to concerns that rising inflation could force central banks to tighten monetary policy. Shares in Anglo American, Rio Tinto, and BHP Group, all fell around 4%, after iron ore futures in China tumbled over 7% from their record highs set earlier this week.

The telecoms group BT was the top FTSE 100 faller, dropping 5.9% after it reported a 23% drop in pre-tax profits for the last year and announced plans to expand its full-fibre broadband infrastructure to an extra 5m homes.

The investment company Hargreaves Lansdown dropped 4.6% after saying it had seen a dip in share-dealing volumes in recent weeks. After a busy year some retail investors may be losing interest in stock trading as pandemic restrictions are lifted.

In the US initial claims for state unemployment benefits fell 34,000 to a seasonally adjusted 473,000 for the week ending 8 May the lowest since mid-March 2020, the labor department said.

Separately, US producer prices – the cost of goods leaving factory gates – were 6.2% higher in April than a year earlier, producing the fastest annual rate of increase in more than a decade.

The Dow Jones industrial Average, which had lost almost 1500 points in three days of heavy selling earlier in the week, recovered a third of its losses and was almost 500 points higher in early New York trading.