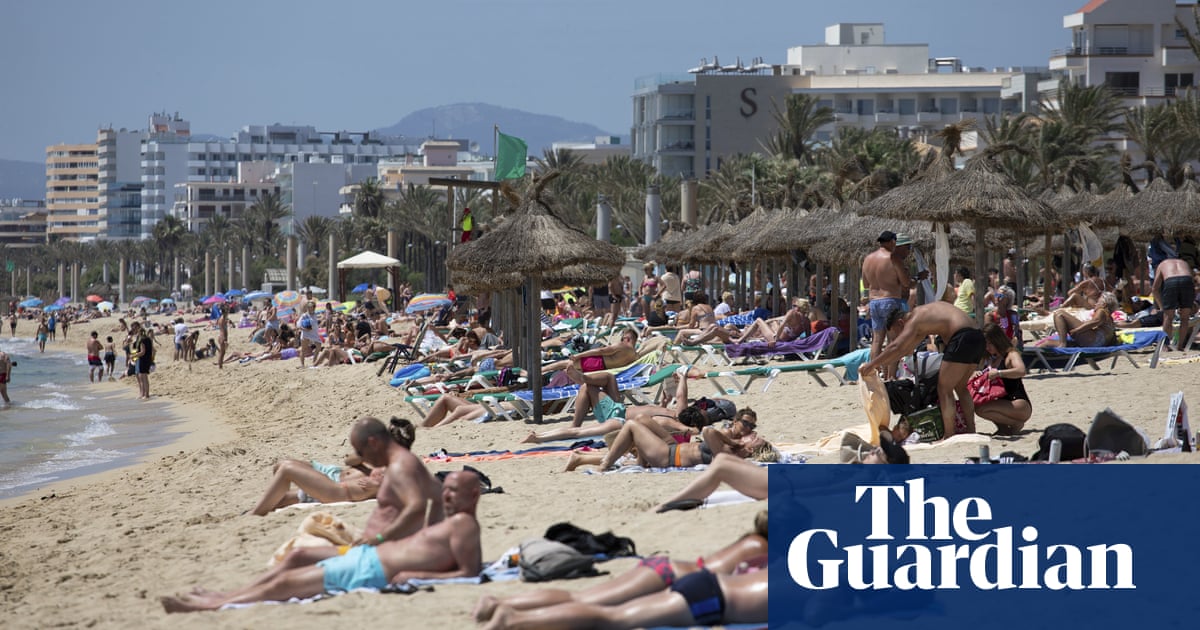 Authorities in the Balearic islands – the only Spanish region to be added to the UK’s green list for quarantine-free travel – are calling on the central government to tighten controls for holidaymakers arriving from the UK.

Last month Spain began allowing in British travellers without the need to provide a negative Covid test. The move, aimed at wooing back some of the more than 18 million British tourists who visited prior to the pandemic, contrasts with the growing push for tighter restrictions on UK tourists in the EU in light of the rapid spread of the Delta variant.

On Thursday the UK transport secretary, Grant Shapps, said the Balearic islands were among the territories to be added to the UK’s green list as of next Wednesday, meaning travellers will not need to quarantine upon their return to the UK.

While the Balearic government welcomed the news, it called on Spain to fall in line with other EU countries in requiring UK tourists to present negative Covid tests or vaccination certificates.

“We’ve asked the Spanish government to establish controls for the arrival of people coming from the UK,” Iago Negueruela, the regional official in charge of the economy and tourism, said late on Thursday.

The sentiment was echoed by the region’s leader, Francina Armengol. “We’ve worked hard to get here and the state needs to protect the strong health situation in the Balearic Islands,” she wrote on Twitter. Spanish officials should set “strict and safe entry controls” for British tourists, she added.

The 14-day infection rate in the Balearics stands at 48 per 100,000 inhabitants. The green list status for the region was announced hours after the central government linked an outbreak of 400 coronavirus cases to Spanish students who had recently travelled to Mallorca.

EU member states are grappling with how to address demands to reopen tourism amid forecasts that the Delta variant could grow to account for 90% of cases across the EU in the coming months.

This week Angela Merkel called for EU countries to follow Germany’s lead in imposing a 14-day quarantine on British travellers. In France, fully vaccinated holidaymakers are allowed to enter without quarantine, while Belgium will ban most travellers from the UK from Saturday, save for exceptions that include EU and Schengen residents as well as those who have close family in the country, according to Politico.

In Malta, local media reported that despite the green list status, the country was set to allow only fully vaccinated British tourists to enter without quarantine. The Maltese government said the decision had been made in order to safeguard the health of residents and tourists in light of the variants being reported in the UK, according to the Times of Malta.