Back to the Future: The Musical review – the car’s the star 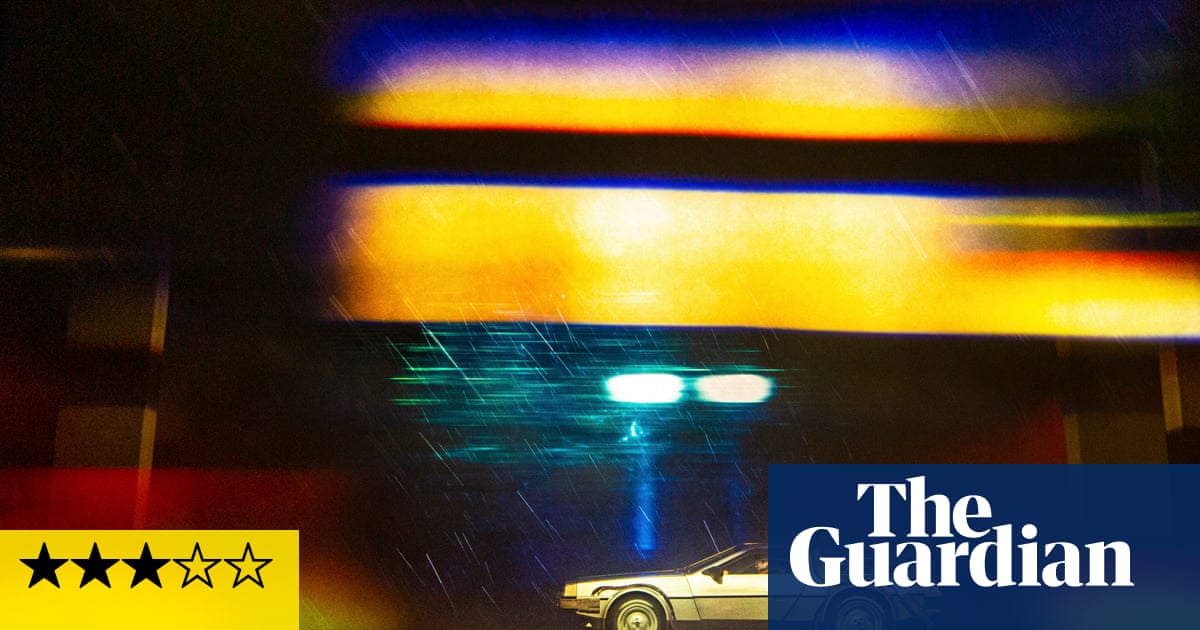 How does a car speed at 88mph on stage? That must have been the biggest challenge for this musical adaptation of the hit 1985 film about Marty, Doc and the time-travelling DeLorean, which has to achieve that ferocious velocity to tear back across the decades to 1955. Kudos to the production for pulling off the effect so spectacularly.

It really does seem as if the DeLorean is defying the laws of theatre, if not the time-space continuum. The effect is created through a plethora of screens, graphic projections (video design by Finn Ross) and a firework of illuminations (lighting design by Tim Lutkin) that sear beyond the proscenium arch and into the auditorium with the most dazzling illusion of depth at the back of the theatre as well. It sparks a shower of light and colour that, in its magnitude, looks little short of the turning on of the West End’s Christmas lights.

The DeLorean revs, races, lifts off, and gives almost as much backchat to Marty as Knight Rider’s sassy Kitt. Beyond the car’s star turn, this is an eccentric show, directed by John Rando, that is partly an ode to the film but also a tribute act that speaks to its own theatricality. The book by Bob Gale (who wrote the film with Robert Zemeckis) keeps the film’s best lines, and even with the addition of 16 new songs (music and lyrics by Alan Silvestri and Glen Ballard), it seems like a show stuck in time, too uncannily like the original (though there is one functional plot change).

The cast appear to imitate their film counterparts: Olly Dobson’s sweet, hapless, Marty McFly looks and acts like Michael J Fox and Hugh Coles’s George McFly replicates the gestures of his original, as do Marty’s mother, Lorraine (Rosanna Hyland), and the school bully, Biff (Aidan Cutler). Roger Bart’s “Doc” Emmett Brown begins the same way but his characterisation grows distinctive quirks and he ends up as an even more off-the-wall creation than Christopher Lloyd’s zany original.

The show seems like a mashup of theatre and film: it begins with Steven Spielberg-style action movie music, while screens are used in filmic ways, including one rolling down for “The End”). The graphics alternatively leave us feeling as if we are inside a giant arcade game or a 3D film, but it is a striking integration of forms nonetheless.

The second half becomes increasingly offbeat; early on, Doc observes that a chorus line of dancers appears on stage every time he begins singing. This self-awareness is built on in the second half as cheerleaders bop with pom-poms and dancers in top hats and tails appear from nowhere. The overall effect is cute and pleasantly kitschy, even if it is something of a repeated joke. The show also steps out of itself and comments wryly on the “future” year of 2020, making a few predictable jokes about kale and the erasure of infectious disease, as an ironic reference to Covid-19.

The songs, at the start, serviceably relay the story, from Got No Future, about Marty’s family failures, to another by his brother, Dave (Will Haswell) about working in a takeaway that rhymes “saturated fat” with “You want fries with that?”). These are performed with gusto, though they feel thin and slightly unnecessary at times. The most powerful deliveries are the film’s best-loved numbers – The Power of Love and Johnny B Goode – although some catchy new songs come in Doc’s It Works and 21st Century.

Chris Bailey’s choreography seems a little underwhelming until the final song when, too late, the routines come fully alive. Tim Hatley’s set designs are big, impressive and detailed, capturing the 1950s well, with a wonderful mint-green diner and a sparkly prom ball that sends disco lights revolving around the auditorium.

Despite its inventions and its abundant splashiness, it is an odd mishmash of originality and imitation, the DeLorean remaining its biggest star.