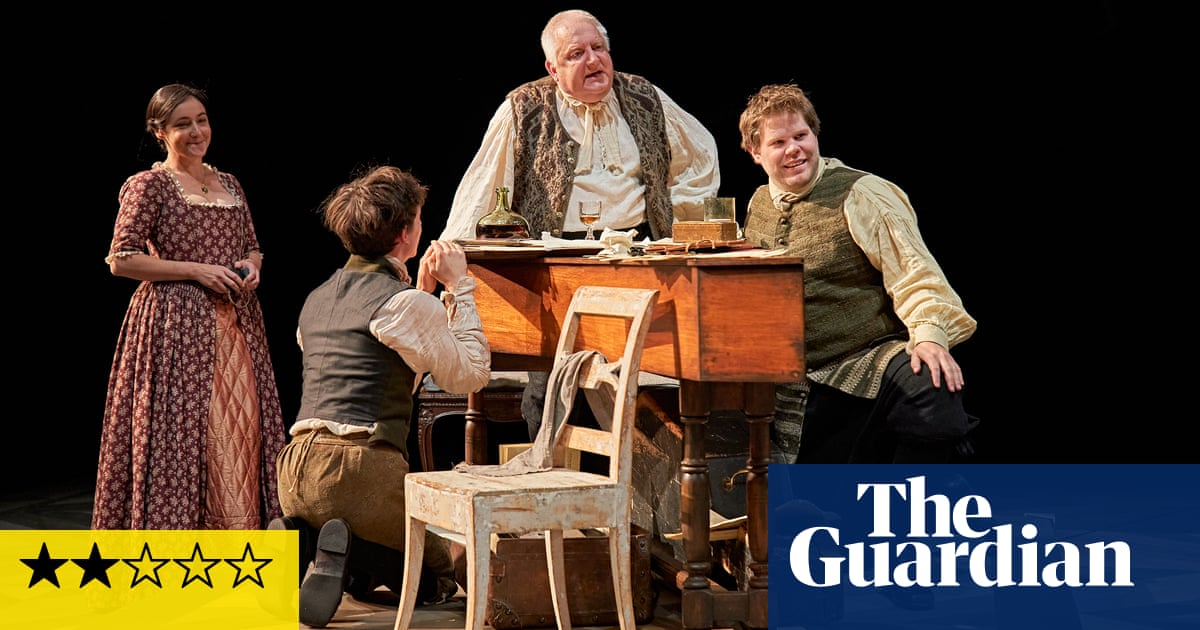 Ekt is tempting to compare Bach & Sons with Peter Shaffer’s Amadeus, as Nina Raine unpicks the difficult personality of another composer with genius in his veins who died, at least as it is portrayed here, with his musical light undimmed but as a failure in other ways.

Bach’s musical theories are delivered in stagnant conversation. Composition is like “a trifle with layers of cream and jelly”, hy sê, and argues about counterpoint while Maria Barbara tells us, quizzically, that “F sharp can be G flat except it isn’t”.

Like Amadeus, this play also explores the nature of genius, maar, where Salieri’s jealous ruminations on God-given talent drives the plot and heightens the emotional intensity of Shaffer’s play, here it remains stuck in cool conversational exchanges.