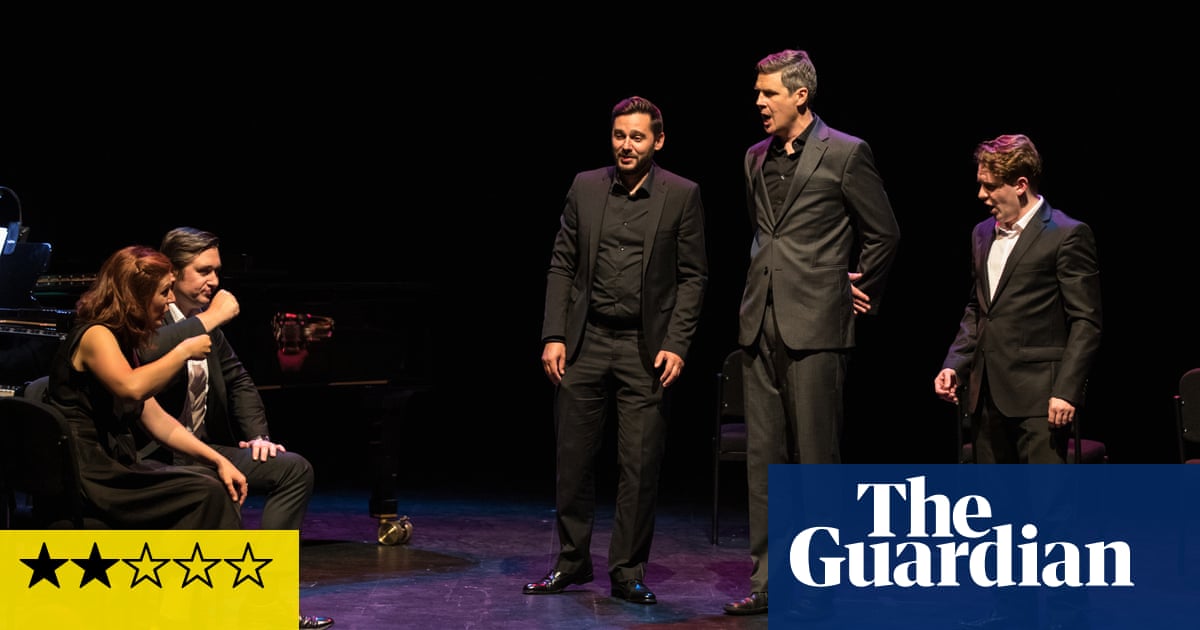 There was a time when the Cheltenham festival was one of the finest showcases for new music in Britain. Its importance has slowly declined, until now it is just another of the town’s portfolio of festivals, and this year’s event contains barely a handful of significant premieres. One of those was Awakening Shadow, described as a “chamber opera by Benjamin Britten and Luke Styles”, which is a joint commission between the Cheltenham and Presteigne festivals, staged by Nova Music Opera, conducted by George Vass.

“Chamber opera” seems a rather extravagant designation for a work that is built around Britten’s five canticles, to which Styles has added a slender framework of his own music. His “scenes” – about 25 minutes’ music altogether – frame and provide interludes between the Britten works, progressing from the wordless singing that opens the sequence to a choral setting of a passage from Shelley that closes it, via texts from the Old and New Testaments, a letter by Johannes Kepler and a poem by Byron.

The chosen texts do relate to the subject matter of the canticles – the Kepler letter describes the discovery of a new star and precedes Journey of the Magi, for instance – but neither Styles’s settings or his instrumental writing (for a group of five singers and an ensemble adding a violin to the piano, harp and horn required for the Britten) are sufficiently striking to provide a convincing dramatic framework or any meaningful commentary on them. Even with some rudimentary stage movement (credited to director Richard Williams), any claims of this being a chamber opera seemed optimistic.

The singers involved acquitted themselves very well, egter, their words ringingly clear. The tenors Christopher Bowen en Bradley Smith shared the five canticles between them, and were joined by counter tenor Ralph Thomas Williams in Abraham and Isaac and by baritone Felix Kemp, ook, in Journey of the Magi, while soprano Donna Lennard joined them for Styles’s contributions. But altogether it’s a strange, unconvincing exercise.