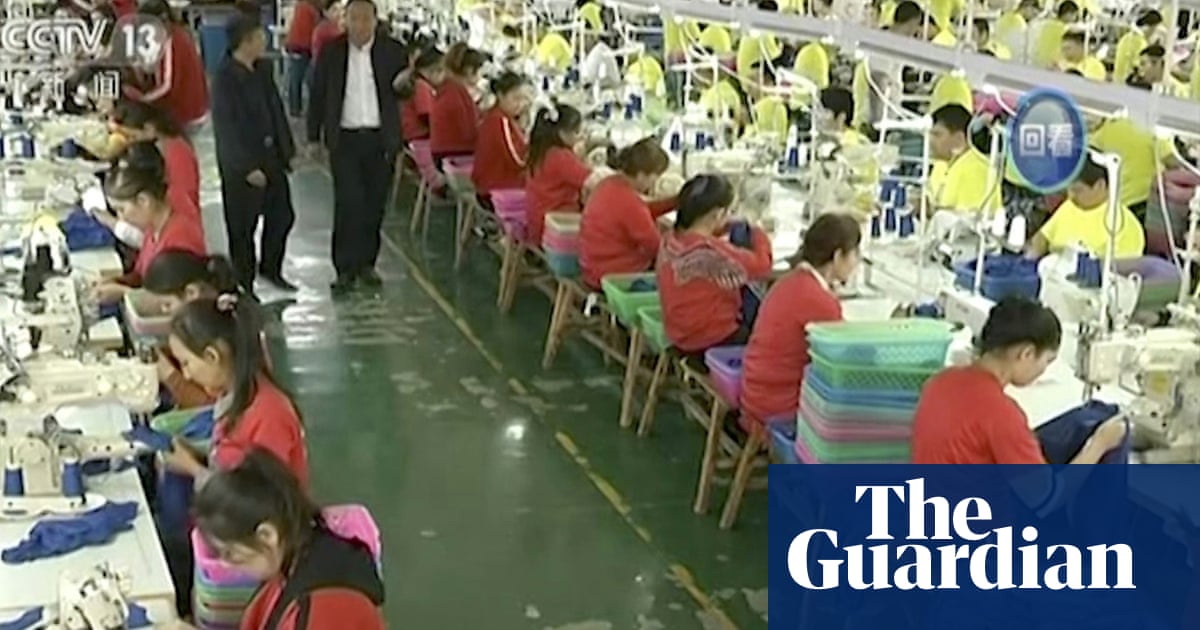 The Senate is poised to pass a bill to ban anyone from importing products into Australia if they were made using forced labour.

The bill, proposed by the independent senator Rex Patrick, is scheduled for debate shortly after the Senate resumes on Monday and he intends to bring it on for a vote.

The measure to plug what critics see as a loophole in Australia’s Customs Act is believed to have the support of Labor, the Greens, Pauline Hanson’s One Nation and Jacqui Lambie.

“I’m confident I have the numbers for this to pass,” Patrick said.

Patrick initially proposed to ban imports of goods made in China’s Xinjiang region due to concerns about the forced labour of Uyghur Muslims – but he changed course after a bipartisan committee said it would be better to amend the law without specifying a particular geographic region.

The new bill would amend the Customs Act to prohibit the importation into Australia of goods produced or manufactured, in whole or in part, through the use of forced labour. There is no specific reference to China.

Patrick said there was “no doubt that there is support in the Coalition ranks” for his proposal, but it remained to be seen whether the government would vote for the bill.

It could pass the Senate without government support, but for it to become law it would need to then get the nod from the government-controlled House of Representatives.

Ahead of the Senate vote, the Australian Council of Trade Unions joined with several groups to urge senators to support the bill.

The president of the ACTU, Michele O’Neil, said there was “no possible defence for standing in the way of this bill”.

O’Neil, who previously told Guardian Australia it “should appall all Australians that there is no ban on the importation of goods produced by forced labour”, said the bill was a matter of upholding basic human rights.

Carolyn Kitto, from the anti-slavery coalition Be Slavery Free, said Australia was once regarded as a leader in addressing modern slavery – with the introduction of supply chain reporting requirements – but “now we are lagging”.

Freya Dinshaw, a senior lawyer at the Human Rights Law Centre, added that no business should profit from slavery.

“Most Australians would be horrified to know there is nothing in place to stop goods made with forced labour in places like Xinjiang ending up on Australian shelves,” Dinshaw said.

“We want to see a robust imports regime introduced that places the onus back onto importers to show their goods are slavery-free.”

The government has been facing growing pressure – including from its own MPs – to join international efforts to curb forced labour practices, including in Xinjiang in western China, a move that looms as another potential flashpoint in the tense relationship with Beijing.

China denies all allegations of forced labour in Xinjiang or of human rights abuses against Uyghur Muslims and other minorities, but the US and several western parliaments have labelled the Chinese government’s actions in the region as “genocide”.

A prominent Uyghur leader based in Australia on Monday called on senators to “take meaningful action against slavery”.

“The industrial scale at which Uyghurs are being held in internment and labour camps means immediate action on this issue is needed,” said Ramila Chanisheff, the president of the Australian Uyghur Tangritagh Women’s Association.

“The victim may be in a condition of forced labour whether or not escape is practically possible for the victim, or the victim has attempted to escape.”

The Modern Slavery Act that passed the parliament in 2018 is limited in its scope, with only Australia’s biggest companies – those with annual revenue of more than $100m – required to submit annual statements on the steps they are taking to address modern slavery in their supply chains and operations.

The government has not ruled out toughening up the modern slavery laws.