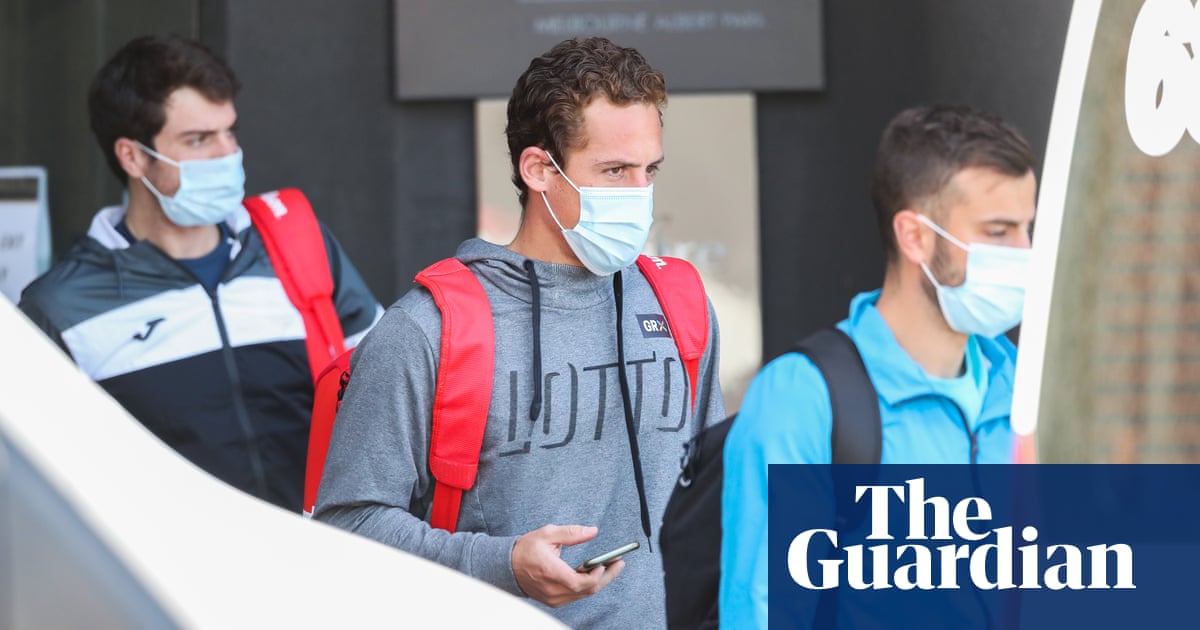 After the cancellation of the Formula One Australian grand prix, Tiley is meeting with federal minister for sport Richard Colbeck on Wednesday to seek assurances about the multimillion-dollar drawcard event.

Tiley says the ATP and WTA Tours have agreed to hold off until September to set their 2022 schedule but will need to see that year’s first major tournament will be able to proceed in acceptable conditions.

That means no hard lockdown after players this year were required to spend 14 days in hotel isolation, only allowed out for five hours’ training.

At Wimbledon players only need to present a negative coronavirus report on arrival at their designated hotel, although they are in a biosecure bubble between the hotel and courts.

Tiley said that, with players having much more freedom than they had in Melbourne, they would not accept returning to such restrictions.

“Since then players have been travelling around – they travel between the hotel and courts and they play in front of crowds but they’re in their own bubble,” Tiley told radio station 3AW.

“I think to get the players to accept again 14 days in a room unable to be a high-performing athlete, unable to prepare in an appropriate way leading into a grand slam, is something that we’re not going to be able to do again.

Pakula said Formula One required a guarantee by this week its drivers and their teams could avoid hotel quarantine, which he could not provide for the race to proceed in November.

But he was more confident with the timing of the Open that fully vaccinated travellers would be treated differently.

“I do think two months will make all the difference,” Pakula also told 3AW on Wednesday.

“The timeline being set out by the Commonwealth is that by the end of the year everyone who wants a vaccination should be able to have one by then … and so as everyone has that opportunity I would expect different arrangements in 2022.

“One of the features of national cabinet’s decision is that when we move to the next phase the intention is that fully vaccinated people will be treated differently – whether that’s how long they quarantine for or where they quarantine.”

Dubai or Doha are being mooted as possible alternatives for the fourth grand slam should Melbourne Park be rejected. But Tiley said he and the government would do all they could to ensure it stayed in Australia.

“I cannot see the Australian Open being anywhere other than Melbourne and that’s our absolute priority,” Tiley said. “We’ve got to make that work as a government and organisation and find a way to make it happen.”