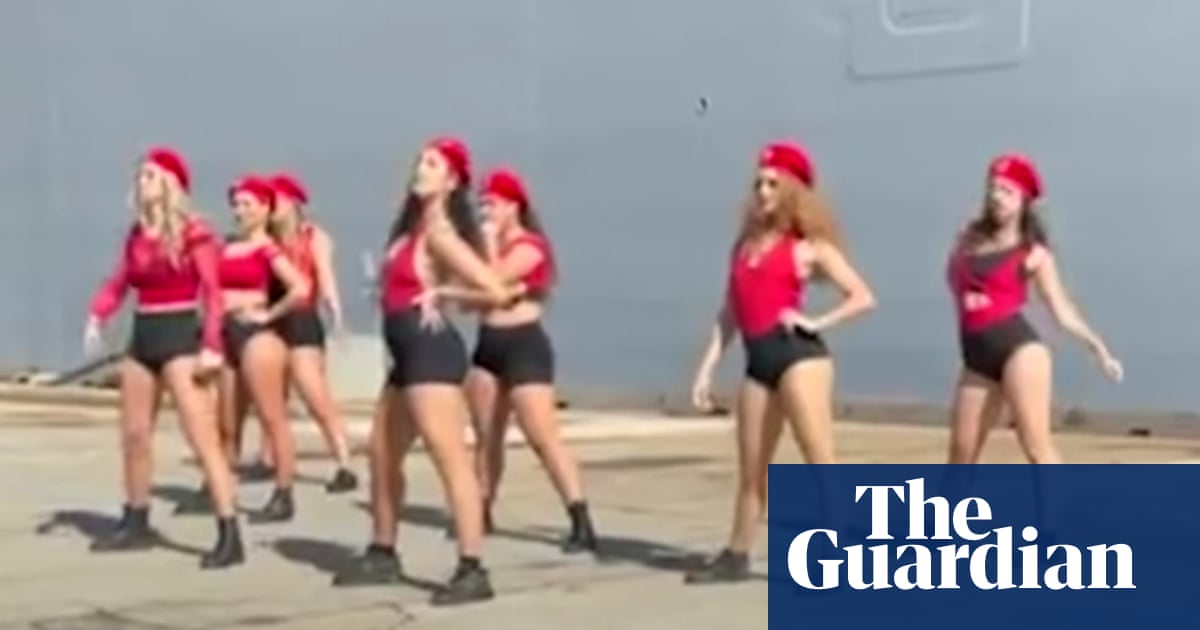 The twerking dancing troupe who performed at the launch of the Australian navy’s newest ship have condemned the ABC claiming that the broadcaster’s video coverage of their performance contributed to the group feeling “threatened” and “exploited’ in the wake of intense media interest surrounding their performance.

101 Doll Squadron released a statement saying they felt “unsafe” and personally attacked, blaming what they say was the ABC’s “deceptive editing” of a news clip, which appeared to show dignitaries present during their performance.

“We are very disappointed at the ABC’s deceptive editing of their video piece which cut to guests and dignitaries who were not in attendance, and shot from angles which could not be seen by the audience,” they said.

“We found this very creepy.”

The statement also condemned what they believed was the ABC’s “need to sexualise these women and their dance piece”.

“These are the images appearing in the media and the ABC have a lot to answer for in making us feel threatened and exploited.”

Guardian Australia understands that the ABC has acknowledged that the video, which cuts from the dancing performance to footage of the chief of defence among a host of other dignitaries, was misleadingly edited and it is re-editing the story to add an editor’s note.

101 Doll Squadron contested the timeline presented in the ABC’s news clip, saying they had performed before the formal event, and before the dignitaries arrived.

“A short piece taken out of context in what was a very long day performed before the official ceremony and before the arrival of dignitaries, and not part of it,” they said.

“It was in no way meant to be disrespectful and we are hurt and disappointed it has been misconstrued that way.”

The Sydney-based dance group, who specialise in dancehall and afrobeats, have deleted their Facebook page and made their Instagram account private amid the controversy surrounding the performance.

The group describes themselves as a “squadron of dancehall women facilitating a movement to unite and collaborate unique projects inna dancehall”, and were booked to perform at the commissioning of HMAS Supply on Saturday.

The event was held at Garden Island in Sydney, with high-profile attendees including the Australian defence force chief, General Angus Campbell, and the governor general, General David Hurley.

101 Dance Squadron said they had worked on their choreography together.

“It was meant to bring an informal sense of celebration; a gift from one of our community groups to open a modern ship, with a modern dance form.”

The home secretary said it was up to France to stop refugees crossing the Channel in small boats, after 27 people, mostly Kurds from Iraq or Iran, drowned trying to reach the UK in an inflatable boat.Making a statemen...

Emmanuel Macron has stressed the need to develop 'stronger and responsible' partnerships with Britain and Europe after at least 27 people, including women and children, died on Wednesday trying to cross the Channel on...

What is driving Europe’s surge in Covid cases? – video explainer