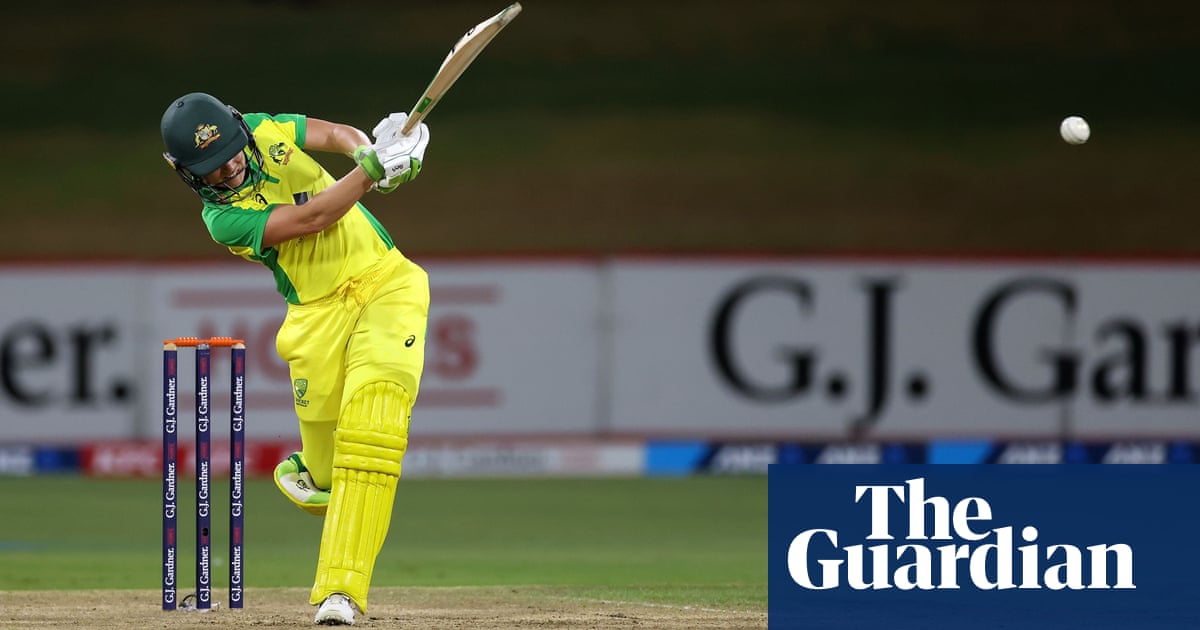 Australia have powered to a clean sweep the Rose Bowl against New Zealand, defending 149-7 to win by 21 runs in a rain-affected third ODI. Mount Maunganui was soaked by rain on Saturday before umpires gave a surprising go-ahead for a 25-over contest.

Sent in by Kiwi skipper Amy Satterthwaite, Australia coasted to 73-0 off 10 overs before an over to cripple their innings from Leigh Kasperek. Kasperek threatened to put an end to Australia’s world-record streak of 23 wins with a triple-wicket maiden on her way to 3-24. The 29-year-old claimed leading runscorer Alyssa Healy (46), caught slogging to long-on and had Ashleigh Gardner (1) stumped before Rachael Haynes chopped on for a golden duck.

Kasperek also took two catches, following on from her stunning 6-46 in the second ODI. Ellyse Perry survived the hat-trick ball but followed shortly after for just 13, with Meg Lanning (15) also unable to anchor the innings home. The result was a surprisingly tepid total from Lanning’s side, who had been imperious in two previous wins to seal the series.

From that point, the only doubt hovering over their winning streak was the return of rain, with New Zealand never threatening to reach the run-a-ball required as the Australian squeeze began from the outset.

Australia’s coach Matthew Mott handed a debut to teenage speedster Darcie Brown (0-6) in the win, who bowled the first over, but oddly not another.

The side will head back to Australia on Sunday morning, marking the end of a month-long tour of Aotearoa. Lanning’s team drew their T20 series 1-1 after the Eden Park decider was washed out before the successful Rose Bowl defence, and capture of the world-record for the longest run of international wins in any format. That run now stands at 24.

It will be tested next by the visit of India to kick off the next international summer, and the lead-up to the 2022 World Cup in New Zealand for which Australia will be favourites.