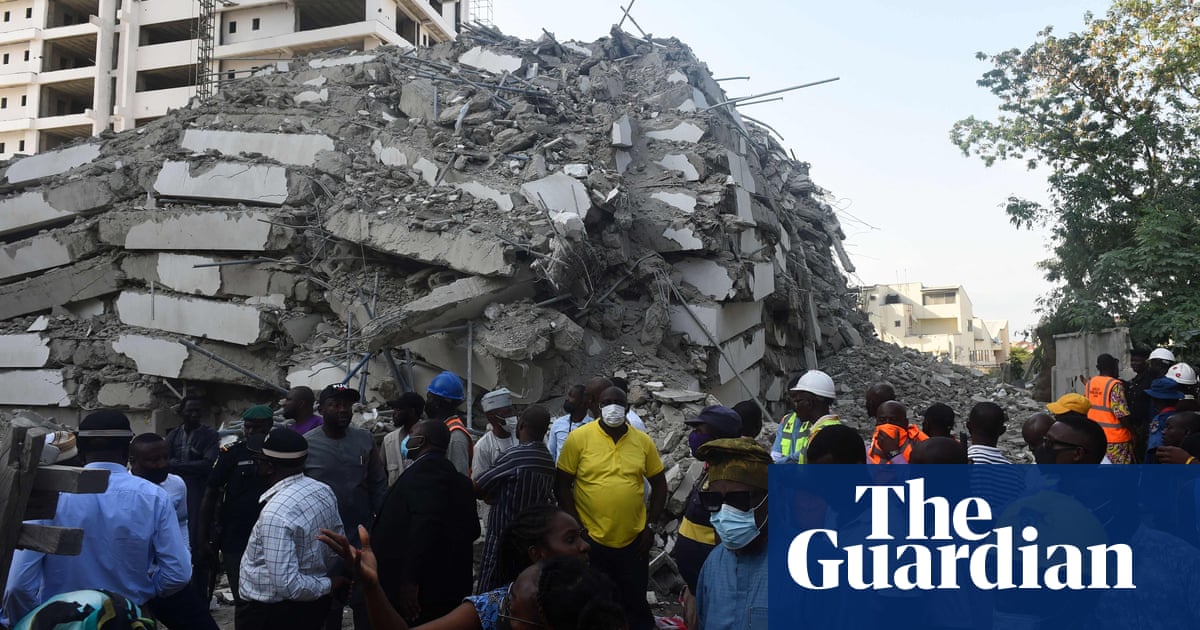 A 21-storey apartment building under construction in an upmarket area of Nigeria’s largest city has collapsed, killing at least three people and leaving dozens more missing.

Hakeem Odumosu, the Lagos police commissioner, confirmed the deaths, but said three survivors had been pulled from the rubble in Ikoyi by Monday evening.

Officials arriving at the scene were confronted by crowds of people venting their anger that rescue efforts started several hours after the collapse.

Olayemi Bello said five of his friends were trapped in the building and he had feared the worst. “When they finish work, they will come outside and they will play with us and talk about the work,” he said. “Now, nobody. All of them are dead.”

Construction worker Eric Tetteh, 41, said construction teams were waiting for an excavator to arrive at the site when the building suddenly crumbled into a heap of debris.

“Me and my brother, we escaped, but more people are there – more than 100 people,” he said.

Femi Hamzat, deputy governor of Lagos, was met on his arrival at the site by angry youths who accused authorities of failing to launch immediate rescue efforts.

“For the past two hours since it collapsed nobody came here,” one worker shouted towards him.

Workers said the high rise, which collapsed in the Ikoyi area of Lagos, had been under construction for about two years.

It was not immediately known what caused the collapse. Such incidents are relatively common in Lagos, however, because enforcement of building code regulations is weak. Other observers blame shoddy work by private developers eager to meet demand for housing in the megacity.