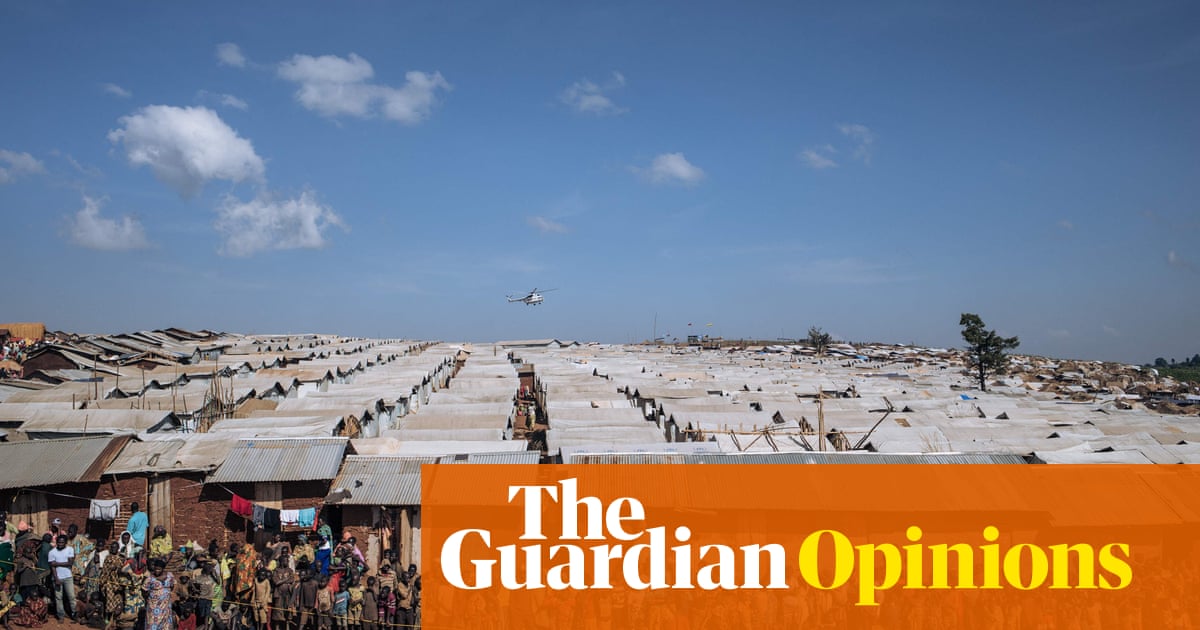 私n a bare and violent patch of land in the Democratic Republic of the Congo, 75,000 people are living in what one UN field officer described as “hellish conditions”. Food and water are scarce. Even the flimsiest shelters are in short supply and sanitation is nonexistent. Girls have been raped by militiamen while attempting to find food in fields around the site. Ibrahim Cisse of Unicef says people here are effectively being held hostage.

Rhoe – a remote camp of internally displaced people (IDP) approximately 45km northeast of Bunia, the capital of DRC’s Ituri province – is “a tragedy waiting to happen”, according to those who have visited.

Ituri province is home to what is possibly Africa’s largest unexplored gold reserve, and in diplomatic circles has been called “the bloodiest corner of DRC”. But even by Ituri standards Rhoe camp is grim, and the significance of the UN’s appeal for urgent support here should not be underestimated. For many in Rhoe it will be not the first or even second time they have become refugees in their own land.

The three DRC warlords convicted at the international criminal court (ICC) for their part in the ongoing violence – Thomas Lubanga, Germain Katanga and Bosco Ntaganda, the subjects, それぞれ, of the ICC’s first ever conviction, に 行進 2012, first case in which crimes of sexual violence including rape and sexual slavery were charged (although he was acquitted) そしてその longest sentence ever issued – began their killing careers here.

に 2003, the EU deployed its first autonomous military intervention in Ituri. It was an attempt to shield a population not being protected by government or international peacekeepers.

Now Ituri is burning again. A militia group known as the Cooperative for the Development of Congo, or Codeco, which distinguishes itself by its copious use of machetes and flamethrowers against civilians, です terrorising the population.

According to UN briefings seen by the Guardian, the situation started to deteriorate on 12 November when Codeco began ramping up attacks on villages and within camps, placing pressure on already struggling relief operations.

In one attack, in Tsuya, 1,296 houses were destroyed by Codeco militia. No one knows how many died. At around the same time, Codeco men armed with ageing AK-47s attacked the villages of Buki, Ngazba, Kpaluba, Tata and Litsinga; opening fire at random and torching houses. In Reta, in the furrows of Djugu territory, not far from the Drodro camp, a two-month-old baby girl was killed during a Codeco attack. Unicef says militiamen also destroyed three hospitals and two schools in the area, and have made any kind of humanitarian assistance impossible.

Those who survived the assaults fled to camps at Tché and Drodro. オン 21 11月, Tché was attacked; 950 shelters were destroyed. Codeco also attacked Drodro, 少なくとも殺す 35 and destroying 14 の 18 housing blocks that sheltered IDPs. Over the last eight weeks militiamen have attacked at least four IDP camps in Ituri.

These accounts shed light not only on the violence unfolding in Ituri but also reveal that at least 35,000 子供達, almost half of Rhoe’s population, are at risk of death through starvation or disease.

What will happen to people without any food, 含んでいる 19 breastfeeding women who gave birth in the camp in December?

Built to shelter 6,000 households, Rhoe was already a humanitarian tinderbox, hopelessly over capacity. Aid agencies can reach the camp only by helicopter.

Three cases of measles have been identified. People are dying of respiratory illnesses, diarrhoea and malaria. There is no equipment to hold funerals. There is also only one clinic, run by Doctors Without Borders, with an adjacent twometre sq delivery room for women in labour.

These conditions are alongside impunity-fuelled violence, starvation and displacement that has festered since 1996, leaving the government unable to keep its citizens safe, secure or fed. より多い 27 million are facing starvation. 約 5.5 百万人, 含む 3.2 million children そして 1.2 million women, have now been displaced from their homes because of violence.

5月 2021 DRC’s president, Felix Tshisekedi, declared a state of emergency in Ituri and neighbouring North Kivu. Yet Tshisekedi has appointed Floribert Ndjabu as his evoy for the region, a man who served 15 years in preventive detention on suspicion of the murders of nine UN peacekeepers in 2005. Last August, he employed another former rebel leader, Tommy Tambwe, three months before Tambwe’s militia gang M23 allegedly attacked Bukavu.

Tshisekedi has promoted many figures the UN has labeled “red generals,” some of whom are under UN and EU sanctions for human rights violations, including Gen Gabriel Amisi, Gen Muhindo Akili Mundos, Fall Sikabwe Asinda, Thierry Ilunga Kibambi and Egide Ngoy. How can you protect civilians from violence if the very men who caused it are in power?

Unicef says it needs $356NS (£260m) to hold back hunger and disease in Ituri, including Ebola, measles, meningitis and cholera. But there has been no indication from London, Washington or Brussels that any programme will be funded.

Everyone of course understands that money will only address the symptoms and not the fundamental problem. It is largely a question of political will: whether or not to send-in UN lawyers – not troops – to end the impunity still fuelling the ongoing violence, starvation and displacement.

Protests about women’s safety have taken place at the Cannes film festival for the second time in a matter of days, after a group invaded the red carpet at a premiere of a film about the killing of sex workers. 約 ...

12月中, Mark Barden will mark the 10th anniversary of the day that changed his life forever when a gunman entered his son Daniel’s Sandy Hook elementary school in Newtown, 雨が降る可能性があるので、傘を近づけて日差しを祝うこともできると思います。」, and opened fire, 殺害 26... 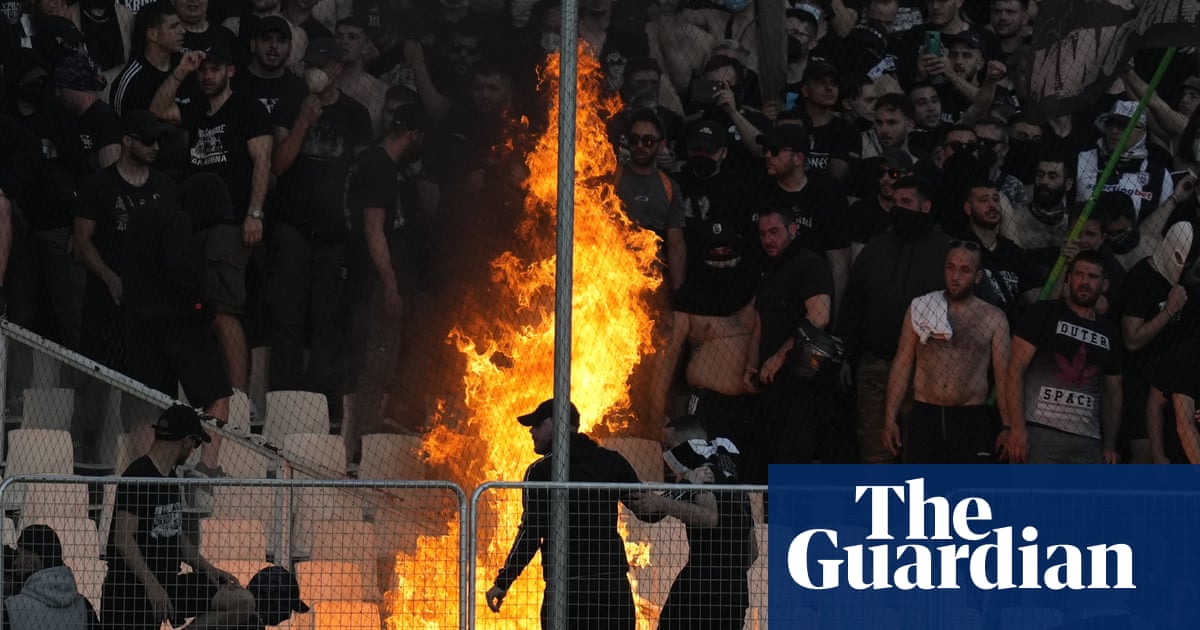 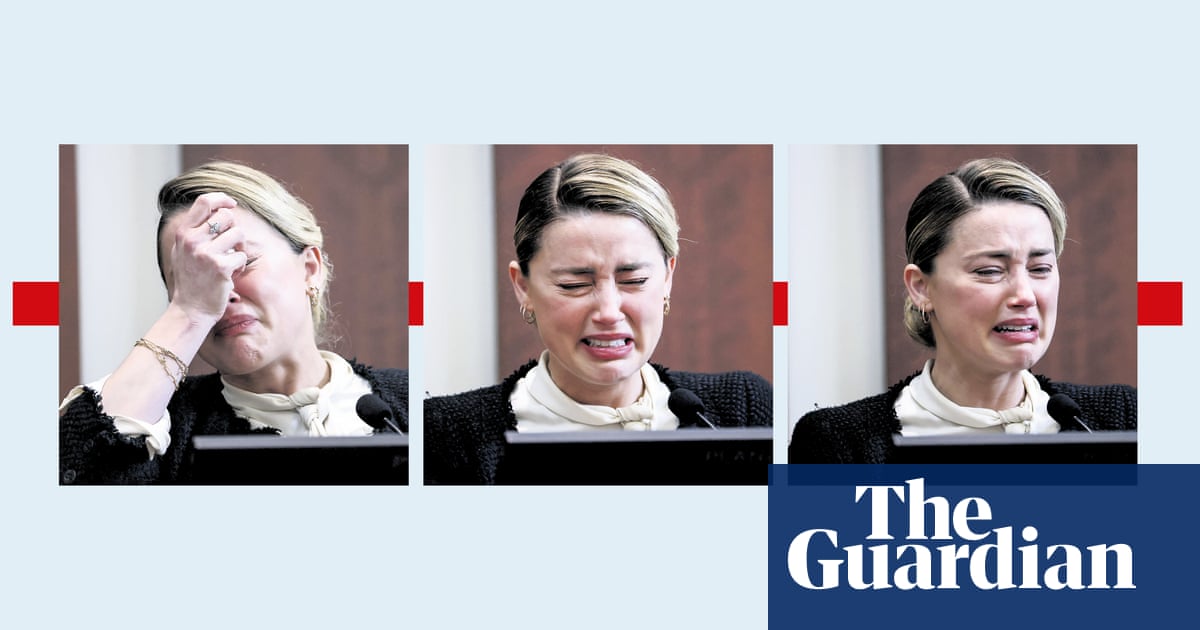 A young woman sits on the stairs, hair scraped back, lower lip trembling. She starts to talk about being slapped in the face, and something about the words is instantly familiar. They’re taken from the actor Amber Hea...