As UK considers offshore asylum plan, why Australia’s system was a dangerous failure 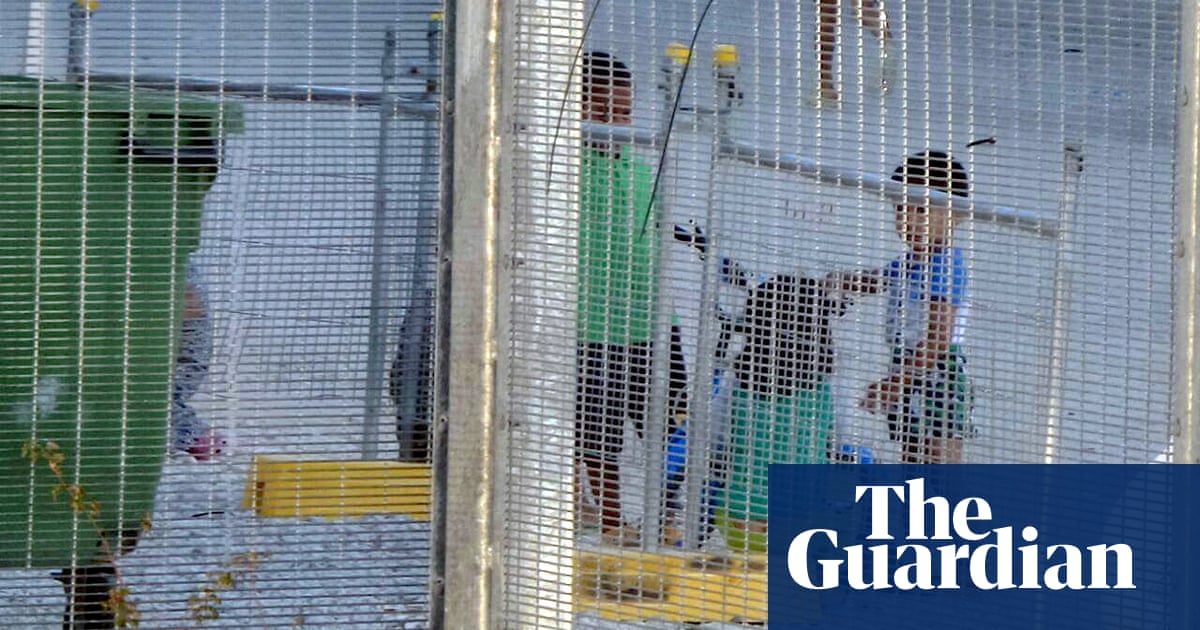 Australia’s asylum processing centres on the islands of Manus and Nauru have been widely condemned for systemic abuses, and human rights violations

Eight years and the equivalent of £5bn. Twelve deaths and thousands of lives damaged, disrupted, and left in limbo. Australia’s “offshore processing” regime for asylum seekers achieved little and resolved less, a refugee held at the heart of the system for seven years has said.

“Australia has created a tragedy,” journalist and author Behrouz Boochani, an Iranian Kurdish refugee detained on Manus Island, ha detto al Guardian. “I don’t think the people of the UK want their government to create the same tragedy in their name.”

The UK home secretary, Priti Patel, is expected to publish plans this week to overhaul Britain’s asylum system, including legislative changes that would allow the UK to send migrants who have claimed asylum to be sent to processing centres in third countries.

Gibraltar, a British overseas territory, and the Isle of Man, a Crown dependency, have been reportedly discussed by officials. Other islands off the British coast, possibly in Scotland, are also understood to be under consideration.

But the Home Office’s proposal to emulate Australia’s regime risks a “human rights disaster”, would cost billions of pounds, and would not deter migration by boat, policy experts have cautioned.

Australia has twice instituted offshore detention policies, a partire dal 2001 per 2008, and since 2012.

While it technically still maintains a policy of sending all asylum seekers who arrive by boat offshore (plane arrivals, by far a larger cohort, are not removed), Australia has not actually sent anybody offshore since 2014.

tuttavia, di 250 people remain offshore after more than seven years, and more than 100 in detention in Australia, as a result of the offshore policy.

Australia’s two offshore processing centres – on the remote islands of Manus, in Papua New Guinea, and the tiny Pacific state of Nauru – have been widely condemned for systemic abuses and human rights violations.

The UN has said Australia’s system violates the convention against torture and the International Criminal Court’s prosecutor said indefinite detention offshore was “cruel, inhuman or degrading treatment” and unlawful under international law.

Almeno 12 people have died in the camps, including being murdered by guards, through medical neglect and by suicide.

Nel 2016, the Nauru files published by the Guardian exposed the detention system’s own reports of rape, sexual abuse, self-harm and child abuse in offshore detention.

Nel 2017, the PNG camp was found to be illegal, e il Australian government was ordered to pay AU$70m [£35m] in compensation to those it had unlawfully detained.

Australia’s camps – which held up to 2,500 people at at time – cost approximately AU$1bn [£557m] a year to run. The overwhelming majority of asylum seekers sent offshore – above 85% – had their claims for protection recognised.

Madeline Gleeson, a senior research associate at the Kaldor Centre for International Refugee Law at the University of New South Wales, gave evidence before the UK House of Commons committee into Channel crossings in November last year.

“This does not work,” she told the committee. “It did not work in Australia. It was introduced with the goal of trying to deter people from seeking asylum in Australia by boat, but in the first 12 months of the policy we saw more people arrive in Australia by boat than at any other time in history or since.”

Gleeson told the Guardian it was physically intercepting boats and sending them back – mainly to Indonesia and Sri Lanka, and which again raised significant human rights and international law issues – that reduced the number of boats reaching Australia.

Australia director at Human Rights Watch, Elaine Pearson, said the Australian system of offshore processing had been “a human rights disaster”, and a clear violation of the country’s obligations under international law.

“It has been a textbook case of what not to do. Many people remain still in limbo offshore, and even those who have made it safely to Australia have endured lengthy periods of detention, lasting mental and physical health impacts, and their future is still not secure.”

Pearson said Australia’s system was “a clear case of a wealthy developed country, pushing their responsibilities onto poorer, less-developed countries with weaker capacity to protect people. It is deeply troubling the UK would think this is something to emulate”.

Boochani questioned what, after eight years, Australia’s policy had achieved.

“They have damaged hundreds innocent people and also damaged the political culture in that country. They have spent more than AU$9bn [£5bn] under the slogan of national security but, infatti, wasted a huge amount of money and damaged their humanitarian principles.

“Australia has tortured many people inside the prison camps in Manus Island and Nauru. That is the reality.”