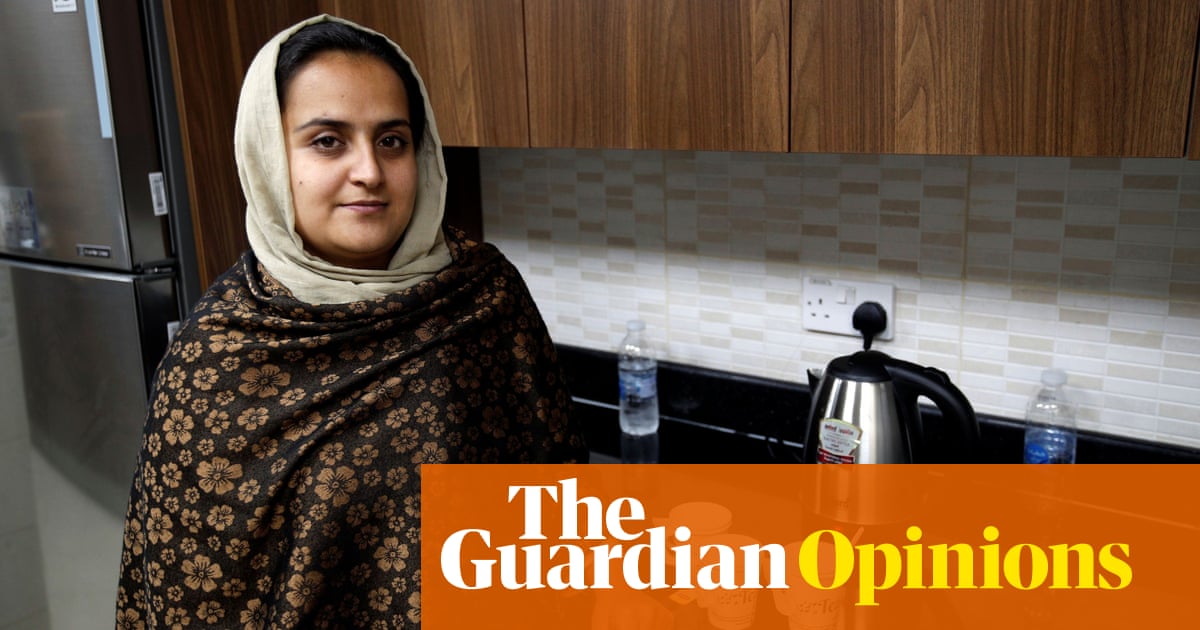 When Beheshta Arghand questioned a Taliban spokesman live on Afghan television two weeks ago, the very fact that he was prepared to answer a woman led to hopes that the Islamist group had changed. Within a week, we now learn, the young journalist had left Afghanistan.

She is not alone. Despite Taliban promises to protect the rights of women to go to school and work, few on the ground appear to believe them. Even as their spokesman spoke of respect for human rights, the Taliban had already taken two female state broadcasters off air and attacked and beaten many journalists.

A report this week found that of 700 female journalists working in Kabul before the takeover, fewer than 100 are left. A handful of women continue to work outside the capital, in the provinces taken over by the Islamist group before Kabul fell, according to Reporters Sans Frontières (RSF) and the Centre for the Protection of Afghan Women Journalists.

Speaking from Qatar, Arghand, 24, was close to tears: “I’m so unhappy because this generation really struggled for a new Afghanistan.” She called on the international community to help and said she hoped to “become the voice of women because they are in a very bad situation”.

While things appear bleak for all women in Afghanistan, female journalists face the double whammy of doing a job disliked by the powerful everywhere. Arghand said that the Taliban had told local media to stop discussing their takeover: “When you can’t [even] ask easy questions, how can you be a journalist?”

Thousands of Afghan journalists have tried to leave the country in recent weeks. The “list” of journalists seeking help with visas and other documentation has grown to a “directory”, according to Christophe Deloire, secretary general of the RSF.

While the situation has never been easy for journalists in the region, increasing press freedom is seen by several relevant watchdogs as one of the main achievements since Nato forces defeated the Taliban 20 years ago. Today Afghanistan is home to hundreds of different media outlets, broadcasting in a variety of languages. One-fifth of the country’s 10,000 media workers are women: there are even female-led media outlets that produce content solely for women. Yet in the aftermath of the Taliban’s takeover, the airwaves are now, like the streets, populated almost entirely by men.

Much has been written about the warnings from within the country ignored in the rush to withdraw by Nato forces. These include warnings that the Taliban’s new apparently media-savvy ways were still dangerous for journalists and particularly female journalists. Najib Sharifi, head of the Afghan Journalists Safety Committee, said in May: “Journalists are at the forefront of violence in Afghanistan.” He warned that targeted killings had already led to “a lot of self-censorship”, while the number of female journalists declined by 18% in the first six months of the year.

With hundreds of journalists reporting direct threats last year, the UN finds that more than 30 media workers have been killed in Afghanistan since 2018. A list compiled by the Committee to Protect Journalists cites the Taliban as more likely to be perpetrators than any other individual group. Yet the committee’s pleas, along with those of 50 other civil rights groups, for the G7 nations to stay in Kabul after 31 August to help provide safe passage for the thousands trying to flee as well as journalists still trying to work there were largely ignored.

Individual countries have sought to help journalists in the mayhem of the past few weeks. A coalition of British newspapers and broadcasters, including the Guardian, worked with the Foreign Office to provide visa waivers for more than 200 Afghan journalists who worked with the British media. Efforts to help those left behind, some stranded by their failure to reach the airport in time, are still highly sensitive.

The outlook on an individual level is dire, but international efforts give little cause for hope either. G7 member countries are all part of the Media Freedom Coalition and signatories to the global pledge on media freedom. But there was little concrete action at last week’s meeting of the G7, and now there is talk of a meeting of the G20 after the UN general assembly in September, in which those well-known bastions of free speech, China and Russia, will be included in efforts to insist the Taliban stop terrorising all journalists, and particularly women.

The hope is that these countries can help convince the Taliban leadership that times have changed in the past 20 years. Deloire at the RSF says he is “neither optimistic nor pessimistic” as his organisation tries to help those left behind by talking to the Taliban. “We continue to speak with them to try to secure commitments which go beyond promises given during a press conference … We might not be going back to what happened in ’96. Today’s Taliban are not yesterday’s Taliban.”

Along with their first interview with a female journalist in Afghanistan, the early days of their takeover suggested that the Taliban recognised the importance of the media after the growth of the internet and social media since 2001. They used WhatsApp, and a film crew from the Qatari-backed television news channel Al Jazeera even livestreamed the moment Taliban fighters gained access to Kabul’s presidential palace.

Arghand’s boss at Tolo News, Saad Mohseni, said on 17 August that the Taliban were trying to win over local people and placate watching western governments. “It’s important for them to win hearts and minds, and show the internationals that they’re legitimate and that they’re folks you can work with. In this phase the media will have a great deal more freedom than in the latter phases.”

This initial phase appeared to have lasted just a matter of days. On 1 September, Mohseni, an Afghan-Australian citizen and owner of Afghanistan’s biggest news and entertainment network, said he was having to hire new people as all his well-known journalists had already left the country.